Notice how John Travolta didn’t really have too good of a decade in the aughts? It’s no accident. The actor, whose career would have been dead anyway if it weren’t for Quentin Tarantino’s “Pulp Fiction,” decided to make a movie based on a novel by the founder of his religion, Scientology. As a result, L. Ron Hubbard’s book “Battlefield Earth” was made into a feature film starring Travolta. And as a result, Travolta’s career was quickly shot down, and so was the financial stability of the studio that bankrolled it. It is now considered to be one of the legendary flops of Hollywood history, and not only the worst science fiction film of the decade, but possibly the worst film of the decade period. Thankfully, there were some dazzling sci-fi works made by extraordinary filmmakers that did NOT star John Travolta over the past decade that erased that repugnant “Battlefield” stench.

In terms of quality of output, Steven Spielberg had his roughest decade. Not that his films were consistently terrible by any means, but he didn’t really add to his already long list of classics. That is with one exception. 2002’s “Minority Report” is Spielberg at his entertain the masses of the multiplex finest. The film, based on a Philip K. Dick novel, centers around Tom Cruise’s character John Anderton, a law enforcement officer on the run from his own team for a murder he has yet to commit. His unit uses so-called “precogs” that predict the future so that these cops can prevent murders before they happen. Spielberg’s film is rich with spectacularly choreographed action sequences, phenomenal set design and special effects and nuanced performances from all involved. “Minority Report” is a thrilling political allegory about the sacrifice of civil rights, but only in a way Spielberg can do it.

Pixar was not short on masterpieces this past decade. It’s quite to argue that they were the most consistently excellent studio of the aughts. 2008’s “Wall-E” is a prime example of that. This incredibly moving film about a robot who finds love after being alone on earth for some 700 years, goes without dialogue (outside of a few beeps and blips that is) for a large chunk of the film, but manages to speak volumes about love, the will to exist and even the importance of preserving the environment. Not that Pixar films are ever subpar on the animation level, but the studio possibly outdoes itself with this extraordinary tale. And because it’s Pixar, this one will move audience members across the age spectrum.

After the robust success of “Titanic,” James Cameron managed to disappear from the film world for twelve years. In 2009, he released “Avatar” and managed to top the seemingly unbeatable all-time box office record he had set twelve years prior. Why did audiences come out to see “Avatar” in droves? Because it is a spectacle of a film unlike any other the multiplex has ever come to know. It took Cameron years to turn his fable about a brewing war between an invading human force and the natives of the fictional planet Pandora. His hard work and dedication shows. The film, which uses 3-D technology better than any other film yet, envelops the viewer to the point where one feels like a native of Pandora. Sure, Cameron indulges in his tendencies to write corny dialogue and some one-dimensional background players, but this film is the epitome of epic. Isn’t that enough?

In 2006, Alfonso Cuaron stunned filmgoers with the crowning achievement of his illustrious career, “Children of Men.” The film, which portrays a future dystopia where women have been made infertile for the past eighteen years for whatever reason, is already legendary for its innovative cinematography, using extraordinarily complex tracking shots for the action sequences. This provides the feel of a documentary, making Cuaron’s world very, and tragically real. But along with the amazing aesthetics of it all, there is a touching story of a reluctant hero, played by Clive Owen, who manages to become responsible for the future existence of the human race. Very few films of the past decade of any genre make me well up, even with repeated viewings. This is one of them. It’s an absolute sci-fi essential.

Eternal Sunshine Of The Spotless Mind 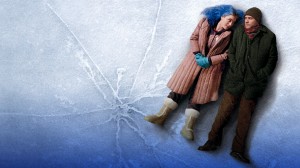 But the best science-fiction film of the aughts may just be the best romantic comedy of the aughts as well. 2004’s “Eternal Sunshine of the Spotless Mind,” is an innovative, madcap original that works the brain into a pretzel and the heart into a pounding force. Genius writer Charlie Kaufman and the daring music video stylist Michel Gondry paired up to tell this story about a jilted lover, played by Jim Carrey (at his best here), who subjects himself to a procedure to erase the memories of the eccentric girlfriend that dumped him, played by Kate Winslet (also at her best here). No film from this past decade left this viewer so enthralled, so in love and so pained with laughter like this one. Watching Carrey’s character relive his memories of a defunct relationship and come to realize that even our negative experiences are sometimes worth it is a rejuvenating experience. Gondry has not released a film nearly this sensational since. Then again, just about no one else has.

So there you have it. These are the five best science fiction films of the aughts, according to me anyway. There are differing opinions I’m sure, but no list like this is meant to be looked upon as stone cold fact. I view it as just a little reminder that after all of these centuries, the human race can still find ways to be artistically inspired.

Author Bio: Zack Mandell is a movie enthusiast and the owner of MovieRoomReviews.com which provides news and photos on movies such as Avatar. He writes extensively about the movie industry for sites such as Gossip Center, Yahoo, NowPublic, and Helium.