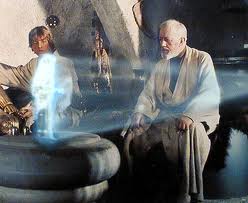 When you think about the technology in science fiction like the Star Trek or Star Wars series, the first thing that comes to mind is typically things like time travel, warp drives and light sabers — things that, in many cases, exist only in the imagination. However, you should not look at these movies as portraying a permanently fictional world. Inspired by what they have seen in sci-fi movies, many innovative scientists are working t build devices like, or nearly like, those in movies. Some technology that exists today traces its original concept to these movies.

The Star Trek series prominently featured a handheld computer called the PADD, or Personal Access Display Device, which Captain Kirk would type into using a stylus. Over forty years later, the late Steve Jobs introduced the iPad, which could be operated with — guess what — a stylus. Those who own a modern iPad know that it can now do all that the PADD could, plus much, much more. Incidentally, PADD is now available as an app for the iPad.

Video holograms are a frequently used means of communication in the Star Wars series. The creators of the movies, to be sure, did not introduce the idea of the hologram — those had been in use in various science fiction stories since at least 1960 — but they were the first to think of projecting such holograms into thin air. This type of technology, while not yet in widespread use, is currently in development. According to the Associated Press, scientists are close to making live three-dimensional videos available — an even more advanced version of the Star Wars hologram.

The movie version of Arthur C. Clarke’s novel 2001: A Space Odyssey shows the crew of the spaceship communicating with the ship’s computer, HAL, by simply talking to it. Similar concepts have been used in many other science fiction movies since. By the 1980s, speech recognition software for computers had become a reality. With it, people can now command a computer to open and close a door, turn a light on or off, look up information and perform a wide variety of other tasks. In addition to its ordinary consumer use, people with handicaps are also benefiting from such technology; it is being used in military operations and in healthcare as well. 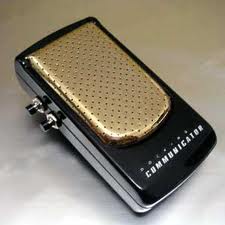 Even today’s cell phone was foreshadowed by the original Star Trek, which featured the crew of the Enterprise communicating with each other with hand-held gadgets that look remarkably similar to the cell phones of today. And once again, today’s scientists have actually surpassed what the sci-fi writers predicted; today’s cell phones feature Internet access, voice recognition and a staggering array of apps and accompanying abilities that the Star Trek writers never imagined.

As you can see, science fiction films are often not that far off in predicting the future. Only a few hundred years ago, no one had seen even the crudest steam engine. Now we have sent men to the moon. It really is true that yesterday’s science fiction often becomes today’s science fact.

Post contributed by Jane Spencer, on behalf of JackpotParty.com, the only gaming site in the world where you can play the exclusive Star Trek slot game.