In one place, they came:

The scientists and the warlords and the magical girls and the gods and the superheroes.

The horror monsters and aliens mingled with super soldiers and robots and contestants of a fighting tournament while perhaps walking alongside princesses and neutral super beings.

It sounds like fantasy, and, in a way, you are right: it is fantasy.

It’s also science fiction and horror and comedy and mystery.

But we call it cosplaying. 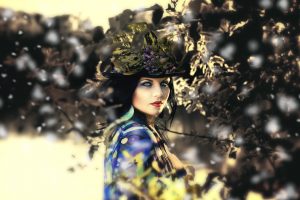 Take a step back with me, won’t you? Let’s look at this, for one moment, in a new light. We take for granted what we are dealing with here: only in our current world could something like cosplaying exist on such a level, on such a scale.

This article would be impossible even twenty years ago. The idea of cosplaying was not public enough, organized enough, for me to throw the word around and expect you to know what I am talking about.

Nerd culture, that thing we all love, that thing we are celebrating by dressing up as characters and icons from that culture, is now huge. It never was before. Do you recall that time? I do. We won, us nerds. And, as the new rulers, our royal garb is as varied as our members.

Our celebratory traditional custom is adopting the skin of the creations that filled us with hope and fear and emotions so complex they are hard to explain—and yet, in those brilliant moments, when we see the callbacks to the old franchises we adore or the explosions of creativity in the new franchises we love, we can recognize that sensation. It goes by many names, but we’ve all felt it. 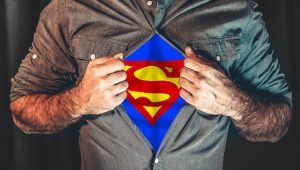 There’s power in being someone else, in showing ourselves through these characters. Every second in a cosplay outfit, we are celebrating the miracle that is our nerd world. We are shouting, even if it is inaudible, our graciousness for what a brilliant world we somehow lucked upon.

Behind every cosplayer, and above their heads, there should be a burst of firework-style light, because this hobby exists, no matter what bullying, what stereotypes, what derogatory statements might have hit the nerds of the past: we won. 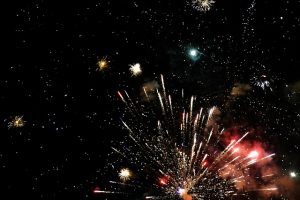 So, my Browncoats, Whovians, Trekkies, Tributes, Jedis, Tolkienites, Thronies, Ghostheads, Potterheads, Oncers, Schwiftites, Sherlockians, Hunters, and all the others, let’s use our power for good—and look awesome doing so.

And never forget how lucky we are!