The New Mutants is a gamble. If the critical consensus is anything to go by, the recent X-Men movies have been a disappointment across the board.

But perhaps the problem is that they have been stuck with the same few characters, ideas, and plot lines. What if they went with something different, something more interesting, something a little more skewed towards the horrific? 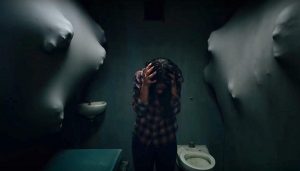 And if it wasn’t clear by now, I think this trailer is amazing, and I’m excited to see The New Mutants. This is a setting and concept I like seeing. The X-Men series manages some impactful allegories and interesting social commentary because it’s not just a world where people are superheroes, it’s a world where hundreds of random youth are given godlike abilities with very little control over them, and then the story treats it with realistic consequences. This is an issue I have with My Hero Academia: that show skips right over the societal and existential upheaval that having telepathy and teleportation and pyrokinesis as commonplace would cause, and I think it’s too interesting a concept to not focus on heavily. 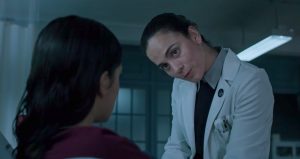 And I think The New Mutants will also be a good movie as a movie itself. The energy, the trailer’s song choice, the amazingly specific and unnerving visual ideas with those effects, all make me think we have a good horror movie that doubles as a good coming-of-age, dark drama. Though “magic/powered teens must escape evil experimental facility” is cliché, The New Mutants seems to be using that core to be genuinely scary, and not just jump scares in the dark.

It takes a lot of guts to release something that breaks this far from the status quo of superheroes, so I hope it makes a lot of money—if only to encourage further experimentation. 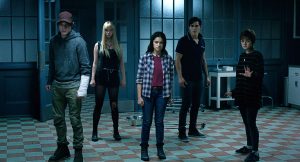