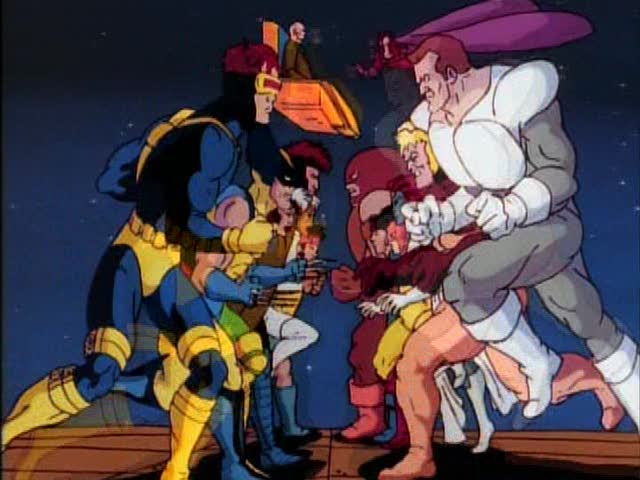 The ‘90s marked something of a revival for animated television series based on comic book characters, most notably superheroes. The more popular of these series included the like of Batman, Spider-Man, Superman and the X-Men. Growing up, my favorite was X-Men. I was too young when they originally aired so I was unfortunately only able to catch the series sparingly, but the diverse color schemes for each characters (closely resembling those of the comics) and the team-oriented aspect always struck me as incredibly appealing. It wasn’t until after the movies came out that I became interested in the whole civil rights aspect of the premise. Looking back on the show today, it is surprising how tastefully done these elements are, wrapped up in a package that is both accessible and incredibly entertaining.

The first season successfully introduces everyone to the world of the show, where human mutants with special powers are seen as deviants. By the setting of the series, the two part episode titled “Night of the Sentinels,” it has gotten to the point where Mutant Registration Acts have been bandied about in government and covert groups have unleashed Sentinels (giant robots) charged with tracking down “dangerous” mutants. Our window into this story is through the mutant Jubilee, a young teenager with the ability to shoot plasma from her hands, as she runs away from home and joins the X-Men at Charles Xavier’s mansion. The rest of the team includes Professor X, Wolverine, Storm, Cyclops, Gambit, Rogue, Jean Grey, and Beast.

Each episode feels like an issue of a comic book on its own while flowing into the next episode as well. This makes up for one cohesive storyline that lasts all thirteen episodes of the first season. Throughout this run, the X-Men do battle with their enemies, including mutant nemesis Magneto, select Humans who oppose them, and a group of sewer dwelling mutants called the Morlocks. My personal favorite episode features Wolverine going on a “walk-about” like adventure up the Arctic while running afoul of the villainous mutant Sabretooth, with whom a score must be settled.

Simply put, this show is an incredibly achievement in animated television, a show that most certainly appeals to all ages.