After a redeeming episode last week, the X-Files returns with this week’s “Home Again.”

Spoilers ahead. The episode follows Scully and Mulder on two different paths as they deal with matters both personal and professional. Scully is haunted by the thoughts of William, the son she gave up for adoption, as she stays by her ailing mother’s side in Washington, D.C.. Meanwhile, in Philadelphia, Mulder investigates a murder where a city official is literally ripped apart.

Gillian Anderson’s performance is particularly moving, but it also seems misplaced. The gravity should have been focused on Scully’s mother, Margaret, but instead in seems like a twisted way to bring up Scully and Mulder’s estranged son, William. It appears that this season may be playing up the idea that the audience might meet William, but it wasn’t necessary in this episode and overall, splitting up Scully and Mulder wasn’t the best idea.

Mulder looks into the case of the Band-Aid Nose Man, a tall monstrosity who tears arguably deserving people apart while looking absolutely disgusting. This side of the story is more interesting, but it plays out the same and leaves the audience feeling slighted. The idea that an artist “willed” this being to life is definitely intriguing, but unlike other explanations for monsters on the X-Files this week it was skimmed over and not given any real sense of a mystery solved. 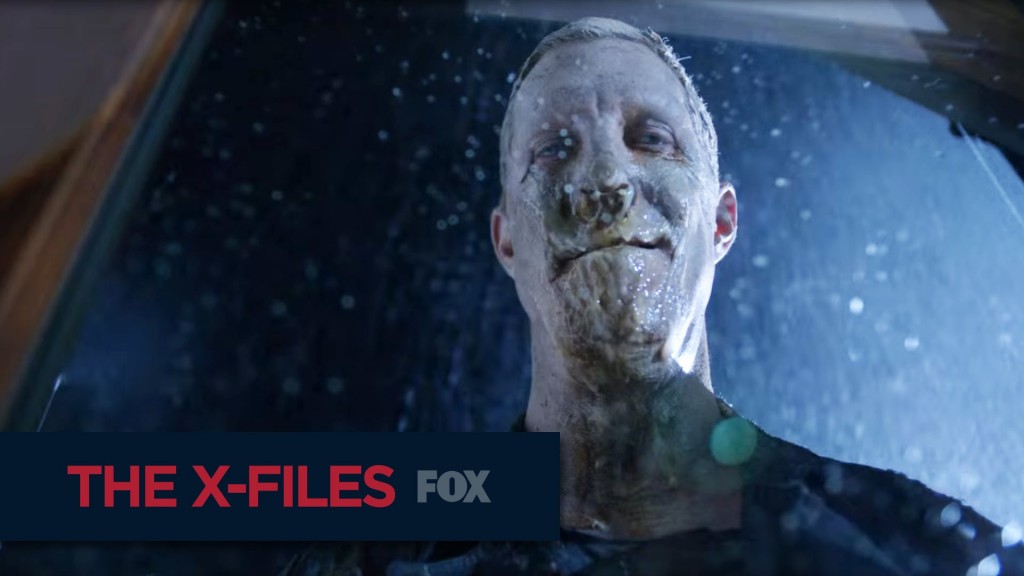 The strengths lie within Anderson’s acting and the campiness of the monster and a hilarious scene where, after murdering a woman, it stuffs her into her own trash compactor while the song “Downtown” by Petula Clark plays. How fitting, considering the woman was trying to keep the homeless people out of her community and shunned to downtown.

The final two episodes of the X-Files will air on Fox on February 15th and 18th.

If you enjoyed Carly’s files, you can find the rest of her work right HERE on Sci-Fi Bloggers. You can also follow her on Twitter @MrsCarlyRodgers.