In the UK a General Election is due to take place on the 7th of May this year.  Like all “democratic” countries, the same old rounds of suit-wearing male dullards flood the airwaves with false promise and hope.  The electorate is tired and angry and valiantly vows to vote differently this time—except they never do.  Politicians breed on fear.  Men know how to use this expertly which is why there are still more male politicians than female.  The few female politicians we have are either drowned out in the male, ego-centric chest bashing, or are busy trying to make themselves more man then the men.  So I pose this question: would the world be a better place if women were in charge? 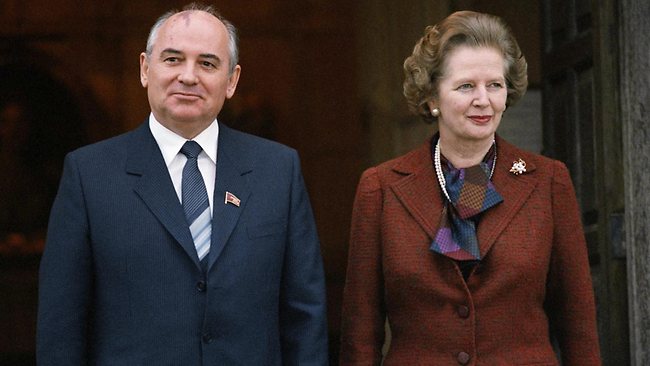 The Iron Lady and More

In Britain we’ve already had one female leader in the form of Margaret Thatcher, who led the country for a decade in the 1980s.  Many people today either love her or loathe her.  There is hardly any in-between viewpoint.  Her economic track record is also enviable in a Capitalist-based society (which we all mostly live in).  Britain experienced a huge period of economic growth in the 80s.  She was also instrumental in ending the Cold War between the West and the Soviet Union, acting as an intermediary between Mikhail Gorbachev and US President Ronald Reagan.  Her negatives included the brutal demolition of the union dominated industries which used to regularly plunge Britain into darkness and rubbish in the 1970s.  She generated such emotion (wrongly or rightly) that no one will ever forget her.  Name me one male politician today who generates such memory?  Modern male politicians seem more interested in their own legacy than in doing something that they believe is right for their country.

Science fiction often shows us a future of possibilities.  There are many stories that have a woman in charge and things often tend to go pretty well when it happens.  Kathryn Janeway manages to lead her crew home through a dangerous area of space using her diplomatic ability, strength when necessary, and personal sacrifice.  She knew she would probably never have a family or a life of her own because she had to focus on keeping her crew together and alive.  Katniss Everdeen successfully (albeit unwittingly) becomes the focal point and leader of a rebellion against an oppressive regime.  She has power thrust upon her and uses it as wisely as possible.  The only self-interest she has is the protection of her people.  Isn’t that what a leader is supposed to do? 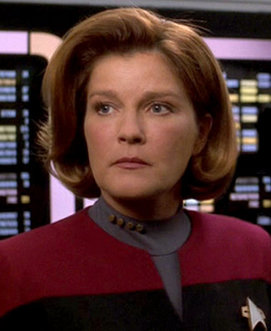 The above examples are only a few of the many littered throughout sci-fi, but they do highlight a very real-world need to consider the possibilities.  Women do not naturally put themselves forward as much as men.  This is partially due to the very alpha male-dominated society we live in.  That is a fault and something that needs to be addressed, but it will only begin when we recognize the different skills and attributes that men and women have that equalize us all.  Science fiction shows us the possibilities; are we able to consider and try them?