Movies legendary history has been made by those people who were capable to bring them to life, referring to every single person that has to do with the making of a film; filmmakers, producers, screenwriters, technical supports, ecc, every one contributes to the final product in its own special and peculiar way.

But who brings to life the magic of the movie and also the real life of the characters are the actors, entertainment’s animals and artists of the interpretation of reality. In this article I would like to take of one of them, a man who made the quality of cinema grew as he was growing himself in the mean time, a show-born who took Sci-Fi to new frontiers, an artist that made his career coincide with some of the most beautiful movies we’ve ever seen: Will Smith.

Born in 1968, Will right away shows his passion for the entertaining industry, exploring the chances of a career in the music business, finding his vocation though a little further in television shows.

But what brought him to fame and success was his first participation in a Sci-Fi blockbuster: Independence Day (1996), in which, as a marines of the Unites States of America’s army, Will not only saves the entire planet from the extraterrestrial invasion, but also manages to make it with a breathtaking charm and hilarious jokes that gives him right the way the label of “court jester”.

Right the year after the making of such a piece of art in the cinema history, he worked to another of the most famous Science Fiction unique products alien-oriented: Men in Black. For the first time we assist to a strange but winning duet: Sci-Fi and comedy.

What impresses the most the audience is the believability of the movie, the tension and entertainment given by its Sci-Fi story, and the laughs out loud given by the leading character, a boy that is becoming a man publicly on the big screen. Man in Black is so much loved by the audience that becomes a very fortunate trilogy, conquering the box office as the hearts of all kinds of people all over the world. 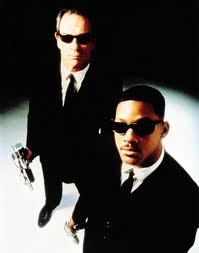 After more realism-oriented movies, Will’s next contribute to the Science Fiction world arrives in 2004 with I, Robot, a thrilling film directed by Alex Proyas, in which he performs a very human cop that has to fight a world corrupted by technology and robots. Being another action role, Will brings again to the audience his winning recipe: fights, tension and jokes all mixed together in a perfect and never boring balance.

The movie that brings him to a different kind of interpretation in this genre is the 2007 I Am Legend, a zombie apocalyptic movie that impresses the audience for an incredible and touching (non-original) story and for the adult and moving performance of Will as the last man on earth (we still find a tear in our eyes if we think about the “dog scene”); what impresses the most here is the new protagonist that the actor is capable of performing, no more a funny and ass-kicking bad ass, but basically an adult, a mature man (become so after also many important roles in drama masterpieces as “The Pursuit of Happiness”) that has learned how to explore the deep human’s soul and is becoming a leader in its mastery. 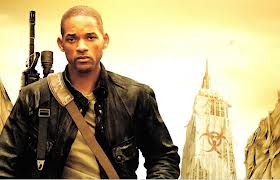 Mr. Smith returns to his passion for comedy bringing to life a unique superhero, Hancok, a drunk, homeless and bad tempered guy who is actually an ancient god victim of his lonely condition; a sweet, heartbreaking and warming story that the actor printed in our heart forever.

His last contribute to Sci-Fi lovers is After Earth, a movie written more for Smith Junior than for Will, in which he plays the part of a cold and rigid father that leads his son through a devastated earth but mostly through the path of fearless and growth, and I have to admit, his presence is a real waste for the kind of performance he is capable of.

Even with this little “fail”, I still truly think of Will Smith as one of the best thing that ever happened to Sci-Fi, who took the genre to a total new and different level of entertainment but mostly deep emotion, being able to pass through the screen and touch our souls in a very concrete and real way. 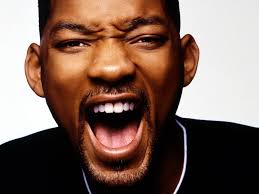