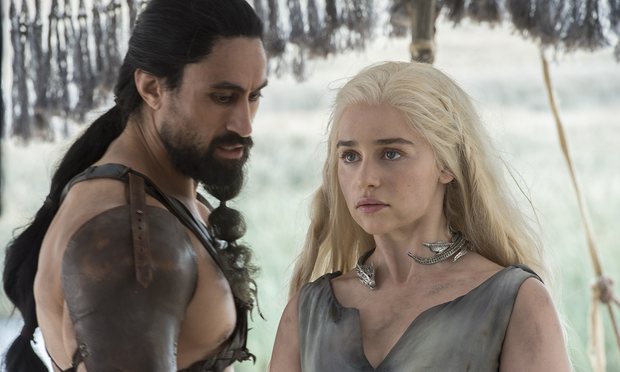 Being underwhelmed is an interesting sensation. It’s not something that we should feel or need to feel, but when expectations and ideas of “how things should be” are not met with agreement of any kind, there will often be a consequential emptiness or disappointment, in most cases anyway. There are of course the few exceptions where what was expected was shattered by the unthinkable, and these works of art are the real gems. Such classics, however, are few and far between, and thus I speak of this in regards to my interpretation of the general consensus on this recent season premiere of Game of Thrones, that being, in a grossly simplified quote, “good but ‘eh.'” Now, perhaps I am wrong and the layman viewer hasn’t this viewpoint in the slightest. Nonetheless, I could see such criticism potentially occurring (as I already have within my own circle of friends), and so I wish to, in this brief article, dispel any notion that this season will, in fact, be beneath the standards set by its predecessors.

Simply put, Game of Thrones‘ sixth season does not deserve to be regarded with criticism… 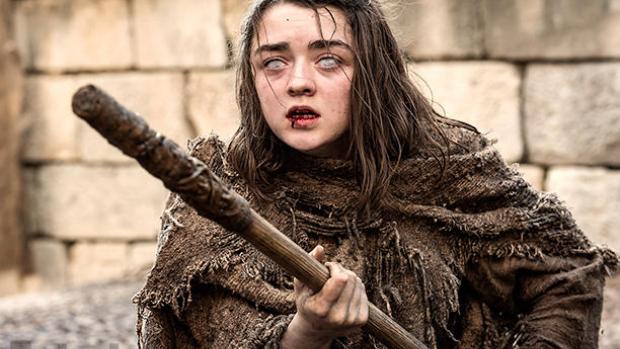 See, I didn’t want to do a traditional episode review for this, mostly because I don’t feel intent on bringing anything new to the table as far as singular critique is concerned. I could summarize my technical feelings on the episode in a concise manner right here:

And that’s pretty much it. In short, I love the fact that Game of Thrones is back. It’s a great show and deserving of all the praise it gets from fans and critics alike, and to an extent it is representative of the state of our society: people squabbling over their personal differences when a greater threat lies on the horizon. I am, however, skeptical of the energy of this season, the feeling it gives me. And that’s where my title becomes relevant at last: will season six suck? 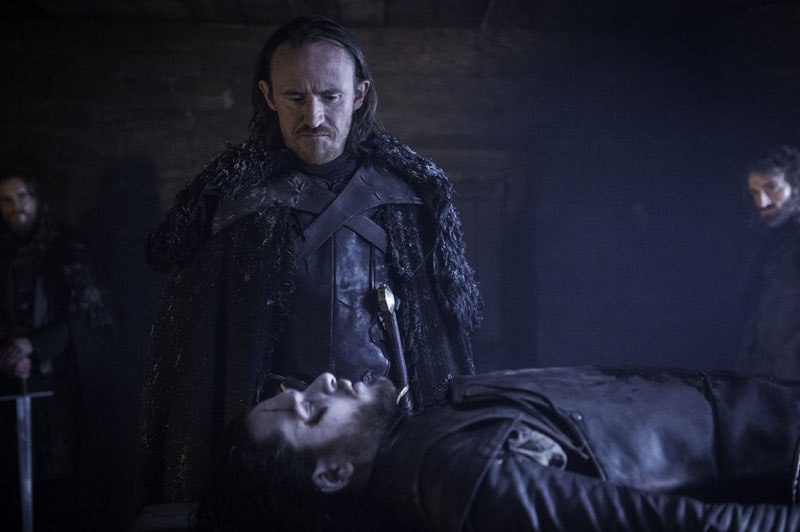 Obviously it can suck, so whether or not it will is the question. With the ups and downs Game of Thrones has gone through in terms of quality, it isn’t hard to imagine a truly bad season of the show.  We’ve gotten pretty close once already. Look at season five. The action (well, except that one scene) was missing something most of the time, a certain quality that just wasn’t there. It didn’t have the best performances either and, overall, it felt like significant changes from the books were made for no reason (changes that were noticeable even to non-readers like myself) and as though the focus of the show had shifted from “telling a good story” to “shock value.”

I recall finishing season four with this thought: “This could be the last good season of Game of Thrones.” And the reason I thought this had to do with the fact that the new model for the show had already creeped in. It was there. You see, to me, D.B. Weiss and David Benioff are kind of like these two cool kids in high school who hooked up with a nerd (George R.R. Martin) and together they made this crazy thing work, some crazy idea, and they all became super popular because of it. Once a high degree of fame was achieved, they “didn’t need the nerd anymore” because they “knew what they were doing.” In the end, they were wrong. Yes, I am aware that George left the show to work on his book series, but there are enough tweets and other pieces of evidence indicating that the relationship between him and HBO was at least shaky if not genuinely fractured. 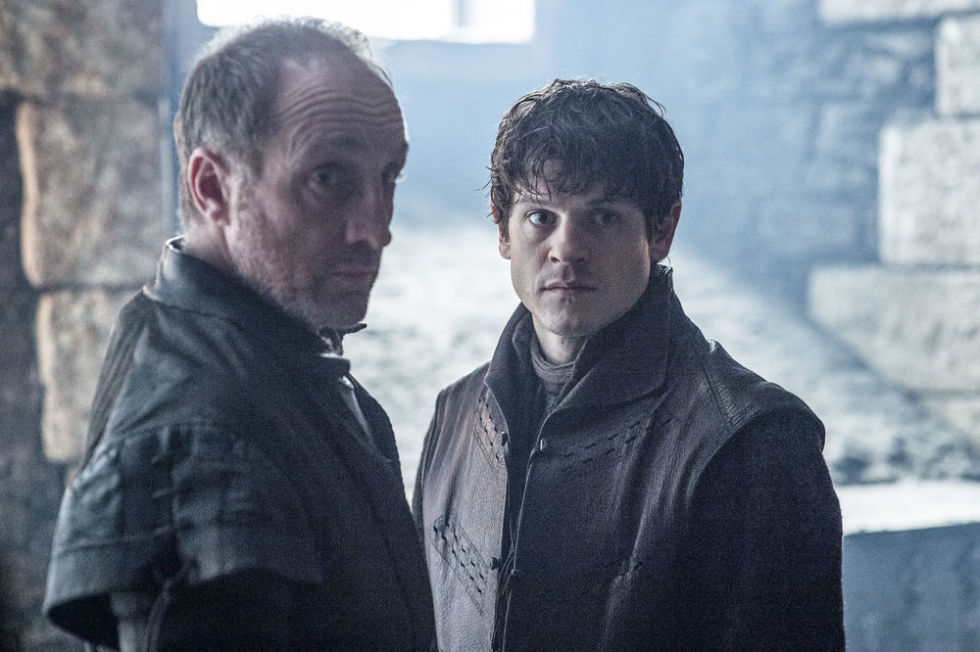 Regardless of the factuality of that point (and indeed, a lot of that is based on hearsay), it could be said that a lot of what made season five weak was the lack of the creator’s presence. It didn’t feel the same. That’s not to say it was complete garbage, but it definitely, in many scenes, was missing the series’ essence, the quality that got all of us on board in the first place: truth. See, you could say that “surprises” are why we like Game of Thrones, and they are definitely a part of it, but they and other great qualities all appear to stem from one thing: the show’s willingness to stare boldly in the face of reality and say, “I don’t care, I won’t censor you, let’s see it all.” That’s something that I feel started to disappear even in season four, with the new choice of actor for Daario Naharis (which I am still not okay with, not because he’s a bad actor, but because he is so different from his predecessor), Emilia Clarke’s loss of authenticity as an actress (which I could write a whole article on but, to keep it simple, the make-or-break point of an actor or actress is when the audience loses sight of the performance and gets lost in the story, and every time I watched her I noticed she was acting and it felt dishonest), and few unnecessary deaths that made no sense in the context of the rest of the story. In season five, this loss of genuine presentation was furthered by random character choices that made no sense (and were clearly supposed to happen later in the books), more unnecessary deaths and, other than “Hardhome”, just a lot of laziness.

I was disappointed, to say the least, especially because previous installments had set the bar so high, and kept getting higher. 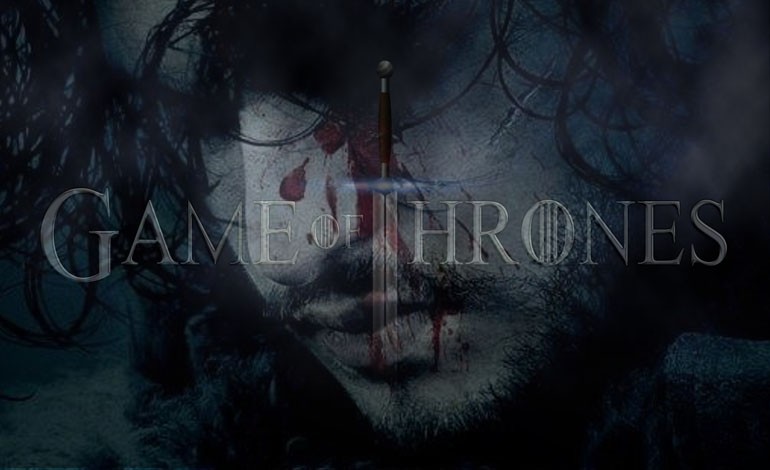 I’ll stop dancing around the issue. How do I feel about the recent premiere of Game of Thrones? How do I feel about the rest of the season forthcoming? Well, here’s the deal: this episode handled a lot of my issues with last season. It didn’t feel like anything was done for shock value alone and most of the “truth factor,” the authentic value, was visibly prevalent throughout the episode. I had a few moments to complain about, but overall it was pretty good. I’ll say this though: one thing I miss about Game of Thrones was the way it challenge form in terms of storytelling. This episode was pretty formulaic in its approach and that was my only significant gripe. I definitely think it would’ve benefited them to open with a bolder choice of setting than John Snow’s corpse (which I’ll get into in later pieces). However, it is definitely a step up from last season and I can’t wait to see where they go with this.

In summary, I don’t think this season will suck. If I end up eating my words, I bet on the wrong horse. But I’ll be going hungry, that’s my bet. I trust the showrunners, and I feel that they know last season wasn’t perfect and they found what was wrong, what was fundamentally wrong, and fixed it. We didn’t like your show because of the deaths, we liked it, and continue to like it, because of the lives, the real, true-to-life lives of the characters we have now grown so fond of. We were underwhelmed before, but I dare say we won’t be again.