I still haven’t seen the new RoboCop, but I hear the most striking difference between the 1987 original and this newer version is how many fewer blood squibs make it on-screen. Yes, the improvements in CG animation means that the 300: Rise of an Empire can douse its characters in blood without having to do the same to its actors, but one has to admit there was something about the graphic and nasty violence of late 1970s and 1980s horror and sci-fi films that just can’t be topped. Why is that? I’ll try not to spoil too much for those of you who haven’t seen all of these, but I will discuss a few key scenes, so be cautious if you hate spoilers of any kind.

First off, let’s remember that special effects (or just SFX) are a narrow field of practical science and theatrical trickery. The 1970s and 80s were essentially an era that saw really cool advances in SFX, but the groundwork for many of these advances in makeup came from a man who had been working in the industry for a decade. Dick Smith is known as the quintessential master of monster and old age makeup. During the 1960s and onward, he was mixing up new formulas of latex and foam to make the applications that went on actors’ faces more and more realistic.

In 1970, he created amazing old age makeup for an aged Barnabas Collins of Dark Shadows by using individual pieces of skin applications rather than a full face mask. It seems simple enough now, but what Smith pioneered became the industry standard in order to allow actors more facial mobility and comfort. A few years later, Smith was the brains behind Regan’s demonic face and eery spinning head in The Exorcist (1973). He also aged the tall priest Father Merrin by about 30 years—doing it so well that some of the production staff didn’t realize that Max von Sydow was actually only 44-years old. He was also responsible for designing the blood bath in the climax of Taxi Driver (1975), a scene so drenched that it had to be edited to avoid an X rating (the NC-17 of the day). 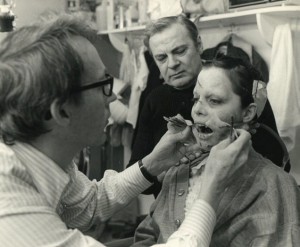 But besides creating new formulas for skin applications and fake blood, Dick Smith also inspired the generation that followed him. In 1965 he had written a book entitled The Monster Makeup Handbook, and quite a few budding SFX techies read through it hungrily. In 1985-87, he created The Advanced Professional Makeup Course to expand on his former techniques. Smith was apparently always happy to share his knowledge, and his creepy creations led to many others trying their hand at doing the same.

Rick Baker, another SFX master, won the first ever Academy Award for Makeup for creating the werewolf transformation in An American Werewolf in London in 1981. And Dick Smith was finally recognized for his work when he won an Academy Award in 1984 for his old age makeup work in Amadeus.  These were significant moments for those in the SFX business. It meant they were finally being recognized as artists—and they were expected to be able to do some crazy things. 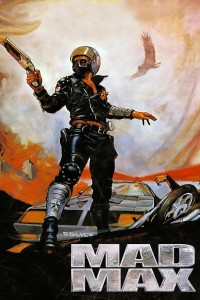 The era itself also had influence on what we saw in the movies. The year 1973 saw the end of the Vietnam War, a conflict that had shaken American soldiers and their families. While photographers had covered aspects of both World Wars and the Korean War, the fighting in Vietnam was the first major conflict of its kind to be broadcasted back to the homefront.  Images of horrible deaths were on television sets in many American homes, so was it that strange to see them recreated in fiction?

In fact, some men in the SFX industry at the time had a bit of first-hand experience in the horror of death. That was the case with Tom Savini, who worked on such films as Dawn of the Dead (1979), Friday the 13th (1980), Maniac (1981), Creepshow (1982), and The Texas Chainsaw Massacre 2 (1986). He was a combat photographer in Vietnam, and later admitted that he used memories of the carnage he saw there to bring realism to the severed limbs and sliced heads he created. But the graphic nature of death on the big screen wasn’t always as gratuitous as many thought.

The new possibilities of SFX, whether improved latex, an abundance of blood squibs, or animatronics, were there to serve the visions of the directors. The real horror and violence came from the stories they told. And this was a turbulent era. The Exorcist and Carrie (1976) both focused on the lives of adolescent girls thrown into supernatural turmoil. In a very real sense, they were hyperbolic depictions of the emotional trauma facing teenagers in an ever more uncertain world, as well as their parents reacting to the youth movements of the time. The primary situation that lead to the deaths in The Texas Chainsaw Massacre (1974) was that they ran out of gas—something that anyone enduring the gas shortage of the 1970s could relate to. Mad Max (1979), filmed in Australia, addressed the post-apocalyptic world of the death-dealing automobile, while Halloween (1978) contained themes of new teenage sexual promiscuity and suburban unease, displayed by a neighborhood full of houses that offer no shelter from a deranged murderer. The next year saw the release of Ridley Scott’s Alien, with its memorable facehugger and chest-bursting creature. The film, however, was ultimately one filled with startlingly sexual imagery and a heroine that would have made near-contemporaneous Second Wave feminists proud. 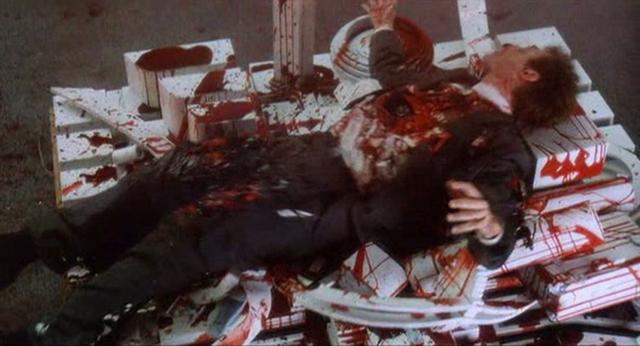 John Carpenter’s tightly filmed Halloween succeeded more than was expected, and became the first in the newly coined “slasher” genre. As the 1980s rolled in, there were many copy cat films, with directors hoping they too could kill off some teenagers and make a few million.  It worked for a while, but as the adult audience trickled away from the horror genre those in the SFX industry began adding a bit more excitement to genre films of all kinds. Hence the blood sprayed bad guys in RoboCop.

More examples of horror/sci-fi films with more than their fair share of really messed up puppets and/or corn syrup blood include The Thing (1982), A Nightmare on Elm Street (1984), The Lost Boys (1987), Hellraiser (1987), and Child’s Play (1988). Whether it was Tom Savini sticking an arrow through Kevin Bacon’s neck in Friday the 13th, or Steve Johnson creating the green ghoul of Ghostbusters (1984), or even Chris Walas making Jeff Goldblum into a monstrous man-fly for The Fly (1986), the Eighties saw SFX techies hard at work giving audiences sights they had never seen before. But in each of these cases, there was some amount of thought behind the gore, as directors sought to capture what really scared people. Whether that was science run amuck, a fear of home invasion, or terror of the everyday being more than they could handle, it was being expressed less psychologically and more with, you guessed it, a lot of fake blood. It was an excess that reflected the real, rather terrifying world as only Hollywood SFX could.

(For more details on the SFX guys mentioned and more, check out the book Men, Makeup, and Monsters by Anthony Timpone.)