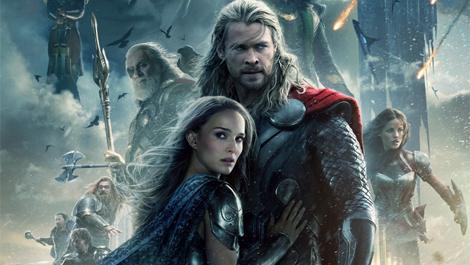 In less than two weeks from writing this, Thor: The Dark World will be unleashed into theaters. To my mind, it is the most interesting film remaining in the pre-Avengers 2 cycle we have going (Captain America 2 looks like it could be good but I have no idea what to make of The Guardians of the Galaxy film to be released next summer). Iron Man 3 fell short of the expectations, despite the kind of energy Shane Black injected into the proceedings, due to some questionable choices in tone that made the film feel ultimately anti-climactic through some major lapses in logic. This upcoming Thor adventure, however, has the opportunity to build on its two predecessors (Thor and The Avengers, respectively) in a way that will satiate audiences for a year and a half before the character’s next appearance on the big screen.

Another main point that makes this film feel like it will work better in the wake of The Avengers is that it doesn’t seem as much of a lapse in logic that none of the team in last year’s film cannot come to his aid throughout the story. In Iron Man 3, it took me out of the movie for a great stretch of the narrative because it seemed incredibly ridiculous that this great threat to national security could all take place without any sense of help from Captain America or the Hulk, let alone merely S.H.I.E.L.D.; I realize they took great strains in that movie to make sure it stood on its own while also furthering the title character in a journey worthy of an independent adventure, but it just got to the point where it seemed wholly illogical in this universe. In Thor: The Dark World, however, it makes sense seeing as how the action for the most part will take place in other dimensions. I hear the ending sequence takes place in London, in a sort of rebuttal to what I just claimed, but it still makes more sense if no one comes to help Thor in this film than Captain America not helping Tony Stark when the President of the United States is held hostage by sinister forces.

Whereas Iron Man 3 was all but guaranteed to be a blockbuster hit from the outset of this year, with Iron Man 1 & 2 easily the two most successful pre-Avengers films, there seems to be more of a question mark as far as how successful Thor: The Dark World is going to be. Everyone expects a fairly profitable film, to be sure, but this is the first time the producers behind this series (as directors who aren’t Joss Whedon have been basically coming and going) have a chance to prove they can build on the success of their mega-smash hit film with characters who aren’t Tony Stark. Sure, Thor and Captain America were successes in their own right, but nowhere near the sensations that each Iron Man film was. The question going into this film’s release, thusly, isn’t how well it will do but how well can it improve on its predecessor in purely financial terms and how good a sequel to Thor can be given that film’s success standing on the fact that it is a prequel to The Avengers.