I’m putting this here to let you know that yes, there will be SPOILERS. It’s been long enough, but I’m still doing it. Also, I am a huge Deadpool fan and have been for many years, but I am going to do my best to be as unbiased as possible. Please enjoy.

It happened. I sat in a crowded theater and saw a full-fledged Deadpool movie come to life. Ryan Reynolds galavanted across the screen as the irreverent Merc with a Mouth and I was almost giggling with glee in my seat. The first ten minutes are so hilariously Deadpool, but in a way that even new fans of the character are able to appreciate. We see him in obnoxious action, slinging guns and mouthing off to the bad guys and it feels so good.

The film focuses on Deadpool’s origin story from former special forces operative to the crude mercenary that drifts the streets of New York City. Once Wilson finds love he also finds out he has terminal cancer. After dealing with his devastation for as long as he can he puts his trust in Francis Freeman, or Ajax. Wilson quickly realizes that he has put his trust in the wrong people and though he is rid of his cancer he is transformed into the heavily scarred yet incredibly powerful Deadpool. He decides to take his fate into his own hands and seeks revenge against Ajax and those that ruined, yet saved, his life.

Let’s break this down.

What the film does well.

The action sequences are phenomenal. The film had to slash $7 million from the budget at the last minute and the movie laughably nods to this fact by having Deadpool forget his ammo bag twice in the film. The action is there and it’s not The Avengers or X-Men, but 100% Deadpool. It’s a gory and chaotic mess and yet you’ll be laughing the whole way through.

Reynolds as the titular character is everything you expected. He’s sassy, crude and yet you still really like him. He’s that guy from seventh grade that never really grew up. It’s humor you and your friends can laugh at even though it may push too far or be a reference you don’t understand because it’s all in Reynolds’ delivery. 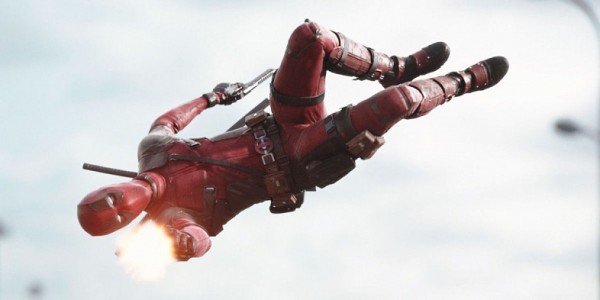 What the film does poorly.

Other characters fall by the wayside, which is easily understandable when you have a mouthy character literally interacting with the audience. X-Men recruits Colossus and Negasonic Teenage Warhead are great in their small roles, but they’re just that. Small. Perhaps that’s a budgetary thing or an issue with franchising, but it could lead up to a fun pair up for the already greenlit sequel.

Also, there’s just not enough of the villains. Ed Skrein is great as Ajax and he and Reynolds play off one another nicely, but his character is never really fleshed out. Also Gina Carano as Angel Dust is really quite good as the quiet brute but besides her stunt work she’s not given much time or backstory.

What I’m sort of confused about.

Again, as a fan of Deadpool I’m incredibly happy with the film. I had a blast with friends who weren’t as familiar as I with the man behind the mask. However, there were a few things that I questioned in the film.

As a comic book and film fan I find origin stories incredibly boring. In this movie it was by far the slowest part of the film but I understand it needed to be told. I like that it was sandwiched between established scenes but it still felt too slow and was confusing as we were never really introduced to why Ajax and his warehouse existed.

Okay, let me say this: Morena Baccarin was incredible in the film. I loved the character of Vanessa, even if she wasn’t playing Copy Cat, but I can’t help but feel that the love story was proposed by the studio. I genuinely loved the story between Wilson and Vanessa and I understand that it connects the audience with a deeper meaning behind Wilson and his revenge, but I really like the idea of the Deadpool franchise moving on with a single Deadpool calling up all sorts of Marvel characters and hitting on everything that moves. I hope that this relationship serves a decent purpose in the following installments without limiting the character.

Overall, I’m going to see it five more times and I highly recommend that you do too.

If you enjoyed Carly’s pool of death, you can find the rest of her work right HERE on Sci-Fi Bloggers. You can also follow her on Twitter @MrsCarlyRodgers.