Alexandria becomes plagued with waves of walkers for days and the citizens are convinced they are being led there by Alpha (played by Samantha Morton). As people begin suffering from exhaustion from the days of fighting, Gamma (played by Thora Birch) arrives claiming the walkers aren’t from the Whisperers and demands they go to the border to meet Alpha.

At a town meeting Lydia (played by Cassady McClincy) tries to convince everyone the walkers aren’t from Alpha since she would send a much larger horde to wipe them out, but people are only interesting in revenge for the people Alpha killed. Knowing Alpha has thousands of walkers, Michonne (played by Danai Gurira) refuses to fight and tells them to concentrate on the incoming walkers. After much convincing, Gabriel (played by Seth Gilliam) gets Aaron (played by Ross Marquand) to take Negan (played by Jeffrey Dean Morgan) out to fight since Aaron is low on soldiers. That night Michonne, Daryl (played by Norman Reedus), Carol (played by Melissa McBride) and a few others wait for Alpha; Carol remains secretly armed, still furious about Alpha murdering Henry (played by Matt Lintz). Citing numerous occasions where they crossed her border Alpha declares they must be punished, instead of killing anybody she demands more land. Carol remains defiant and almost shoots Alpha when she taunts her about killing Henry but Michonne and Daryl drag her away. 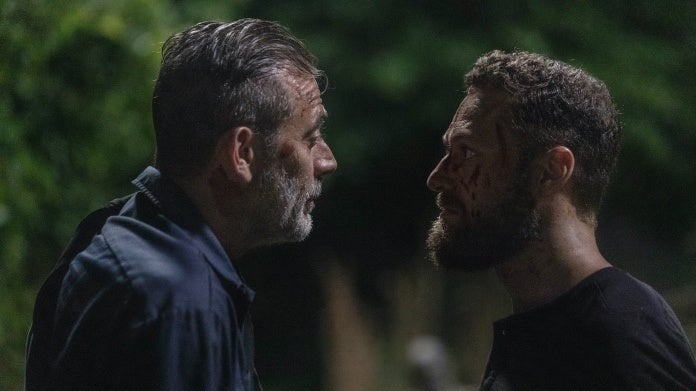 I thought Gamma was a new figurehead in the Whisperers, but she was just the messenger (not the best job considering people sometimes shoot the messenger). If Alpha really has thousands of walkers at her disposal, she must be sending all the waves, she would consider it a fitting punishment and walkers aren’t that organized. Speaking of, they are constantly in motion I’d love to see how she keeps them all rounded up. I’m all for Negan getting out and putting his fighting skills to the test, better than wasting him on fruit picking and planting. Considering how angry people are an all-out war with the Whisperers is around the corner. But for now, I’m enjoying the escalating drama from this cold war situation. Alpha made a big deal last episode about making an example of the communities but all she asked for was more land. She even let it go that Carol nearly shot her to death and maybe it’s just me but that’s not exactly going to inspire your people to fear/follow you.

Carol is steadfast that Alpha must be killed and takes off into the woods when she spots a few Whisperers; there’s no signs of anyone but Michonne notes Carol taking pills. They find shelter for the night and Carol begins to have hallucinations but brushes off Daryl’s concerns that she’s sleep deprived. Aaron remains hostile towards Negan (especially since his boyfriend died in the war) and Negan says he just did what he had to do back then, a walker attacks Aaron and compromises his eyesight; in the confusion Negan disappears. While searching for Negan in a house Aaron is nearly devoured by walkers but is saved by Negan, who realizes the blindness is from a plant that was covering the walker and offers to keep watch. Carol walks around and sees a bloody Henry calling her; she wakes up but Daryl notes that she had disappeared; Carol also realizes she hallucinated the earlier conversation with Daryl. Seeing a shadow Carol runs after it only to end up in a trap set by a Whisperer and surrounded by walkers, she cuts herself down and kills all the walkers; the others find her, but assume she fell and cut herself and that there was no Whisperer. 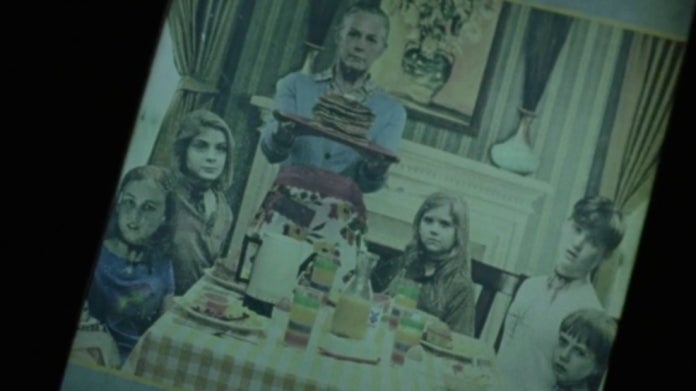 Aaron is understandably pissed at Negan, probably more so because of his nonchalant attitude about everything. With Gabriel seemingly having at least some trust in Negan, and now Aaron being at least grateful to be saved, his foothold in Alexandria is a little better. At best he’d be a warily trusted ally but Negan out in the world is much better than his countless scenes in a cell like a sad caged lion. Carol has become addicted to pills (where she found them, I want to know) and can’t tell what’s real anymore; sadly, her drugged out fantasy world at times seems scarier than the real world. I loved the disjointed feeling of watching Carol struggle to determine what’s real, at times I couldn’t tell anymore if she were awake or asleep. Losing another child has broken something in Carol, in a series of losses it was the straw that broke the camel’s back. It will take a long time for her to recover from this but even then, Carol won’t ever be the same.

Carol is treated back at Alexandria but it’s clear Siddiq (played by Avi Nash) is still suffering from PTSD from his encounter with the Whisperers. A tired Rosita (played by Christian Serratos) frustratingly tells Eugene (played by Josh McDermitt) they will never be together and a dejected Eugene leaves. Dante (played by Juan Javier Cardenas), a new town doctor recognizes Siddiq’s condition and relates his own experiences as a medic in Iraq. Although nobody believes Carol’s story, the episode closes on an injured walker in the woods which seemingly confirms it.

This was a good episode, but the ending was weak, the Rostia/Eugene thing is plain boring. I don’t care enough about Siddiq to feel anything about his problems, but this Dante guy is hilarious, I want to see more of him. Finally, it turns out Carol wasn’t hallucinating everything; she took on a Whisperer and walkers while in a crazed drugged out haze and came out on top, how badass is that?

“I forgive you, mother to mother. This is my land now, you better run.”

“One truth kept my people going. If you don’t protect what belongs to you, then sooner or later, it belongs to someone else…it is your job as a man to protect it, it’s the story of America.”

Negan is regaining more of his old swagger the longer he’s out of that cell, love it.