While searching for Eugene (played by Josh McDermitt) Daryl (played by Norman Reedus), Aaron (played by Ross Marquand) and Jesus (played by Tom Payne) spot a herd of walkers behaving oddly but move on before being detected.

Gabriel (played by Seth Gilliam) has started weekly sessions with Negan (played by Jeffrey Dean Morgan), Negan doesn’t respond much but Gabriel is resolved to keep trying. Negan tries to sow discord about Gabriel’s relationship with Rosita (played by Christian Serratos) which Gabriel brushes off but privately looks concerned. Michonne (played by Danai Gurira) arrives at Hilltop with Magna’s (played by Nadia Hilker) but receives a cold welcome and is forced to disarm before coming in. Tara (played by Alanna Masterson) tells Michonne everything that’s happened and tells Magna they’ll decide whether she and her people can stay later. She catches up with Carol (played by Melissa McBride) and it’s somewhat awkward; Carol brings up the fair but Michonne flatly says too much has happened and each community has to put their own interests first. Daryl, Aaron and Jesus notice the heard has gotten bigger and Daryl uses a clock to divert them. 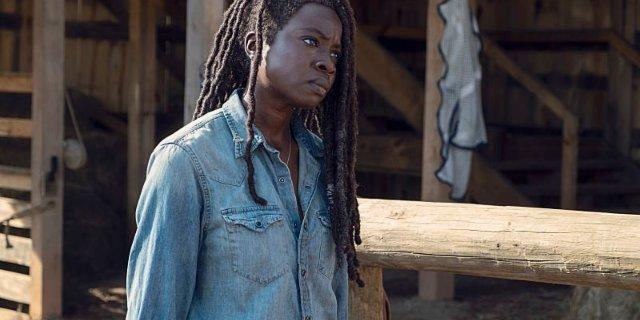 Not a happy camper.

That whole scene with Negan and Gabriel was pointless, he was never going to create serious problems with his relationship. Granted the Rosita/Gabriel pairing does seem strange but basically it was a way to give Negan screen time since he’s been in a handful of episodes. What is interesting is this feud that is apparently so bad these people don’t trust Michonne to carry a weapon. The biggest problem of this huge time jump is all these plot holes and that we have to wait so long to get them filled. If we can’t see what happened we should at least know right away what the issue is so all these emotionally awkward scenes make sense and actually have some substance. Right now there’s the feeling you missed several episodes and don’t know what’s going on because we don’t. Even if this rift is explained away quickly in one episode that’s better than leaving the audience in the dark too long.

Henry (played by Matt Lintz) settles into the Hilltop but is dismayed to see his crush Enid (played by Katelyn Nacon) has a boyfriend, but is perked up when some local teens invite him to sneak out that night. Michonne laments the ‘hard choice’ she made that has made her unpopular but is says at least everyone is alive to hate her. Rosita wakes up in a panic and tells them they have to go out and find the others because they don’t know what they’re dealing with. Daryl, Aaron and Jesus find Eugene in a barn and he tells them the herd has been passing through the area repeatedly searching for him and that they talked, before they can leave the herd reappears. Meanwhile Henry gets drunk with the teens and they show him a captured walker they play with which Henry kills. Daryl and the others try to go around the herd but they keep circling back; Eugene wonders if they’re evolving but Daryl dismisses his concerns and splits off to lead them away. Negan discovers his cell door is unlocked and takes the opportunity to escape. 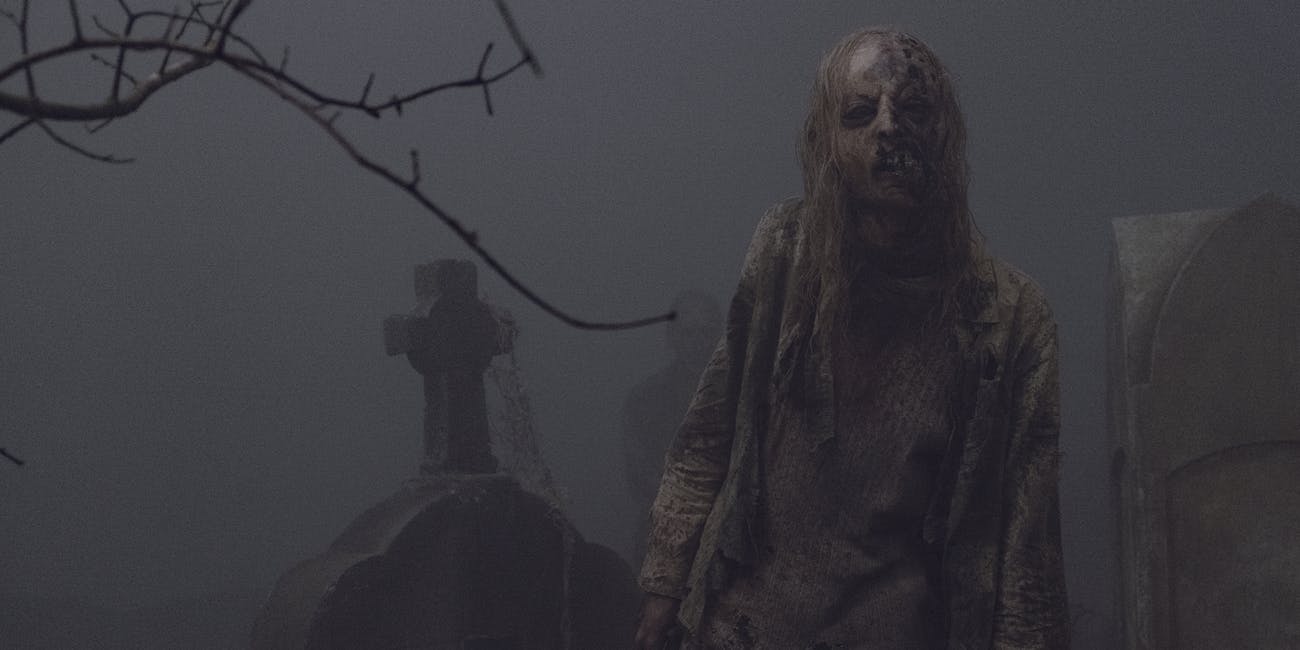 With everything going on there’s still time for teen drama. Honestly I didn’t care about Henry’s love woes but I was hoping he and the other kids would wind up fighting some walkers, the whole scene was a letdown when that didn’t happen. Michonne made a big decision that wasn’t very popular so a small piece of this puzzle is coming together. Negan has escaped and it was literally him stepping back into the story; will he want revenge, redemption, Rosita? Who knows but at least now he has the chance for a real story. Nobody wants to take Eugene seriously because talking corpses are apparently too crazy to imagine; but then again shouldn’t walking corpses also fall into that category? The Whisperer storyline is finally here after much foreshadowing it has the potential to be a great storyline. It’s something new and exciting that is clearly designed to bring everyone back together.

Henry is put in a drunk tank and nearly sent back to the Kingdom but after a heartfelt apology is given a second chance. Daryl uses fire crackers to lure the herd but some walkers in it lead the others in the opposite direction towards the others. They cut through a cemetery but get boxed in so Aaron and Jesus start to fight off the walkers. Michonne arrives followed by Magna and her girlfriend Yumiko (played by Eleanor Matsuura) hoping to earn their place and they save Eugene while Jesus continues to fight. One walkers fights back and stabs Jesus telling him he ‘doesn’t belong’ and while the others fight the ret Aaron mourns Jesus. They cut open a dead walker and find it’s a skin with a man underneath and hear the whispers of more approaching.

Is underage drinking really such a problem (or even illegal) in these times? I don’t think so but that’s just me. Magna decides to throw herself into the fight to prove herself, great idea as long as she lives and puts up a good fight. Jesus dying is out of left field, he finally was getting storylines to break out as his own character and not a sidekick. Instead Jesus was given a more prominent role so his death from the Whisperers would have more shock value. The same effect could have been achieved by just having him gravely injured because now all the storylines he had have ended before they really started. But this season is clearly about the Whisperers so here’s hoping they bring the action and drama.

“So the guy running things here calls himself ‘Jesus’, sounds like a cult to me.”

They decide to go through a cemetery at night covered in fog, seriously when has that EVER been a good idea?

“Acceptance is an important first step, but a life needs to have meaning.”

Looks like the fair is definitely canceled (not that many people seemed to be going).