Kelly (played by Angel Theory) is hunting in the woods, but her declining hearing leaves her vulnerable to approaching walkers; she barely fights them off and is left injured. Negan (played by Jeffrey Dean Morgan) has escaped into the woods as well and is met by Brandon (played by Blaine Kern).

Brandon turns out to be a huge fan of Negan and his past deeds and wants to be at his new sycophant, even stealing his old weapon ‘Lucille’ from Alexandria. While outside a building Brandon muses can be a new Sancuary, Negan hears screaming and saves a woman and child trapped in a bus with walkers. At Hilltop, people are growing restless from constant walker attacks, having to rebuild the wall and supplies continually going missing. Connie (played by Lauren Ridloff) hears about Kelly going missing and goes searching with Daryl (played by Norman Reedus), later they’re joined by Magna (played by Nadia Hilker). Siddiq (played by Avi Nash) notices Ezekiel (played by Khary Payton) consistent coughing and discovers he has thyroid cancer. The mother and her son leave, and Brandon decides they should go after them; Negan makes it clear he’s tired of Brandon and wants him to go back to Alexandria, or anywhere away from him and a dejected Brandon leaves. 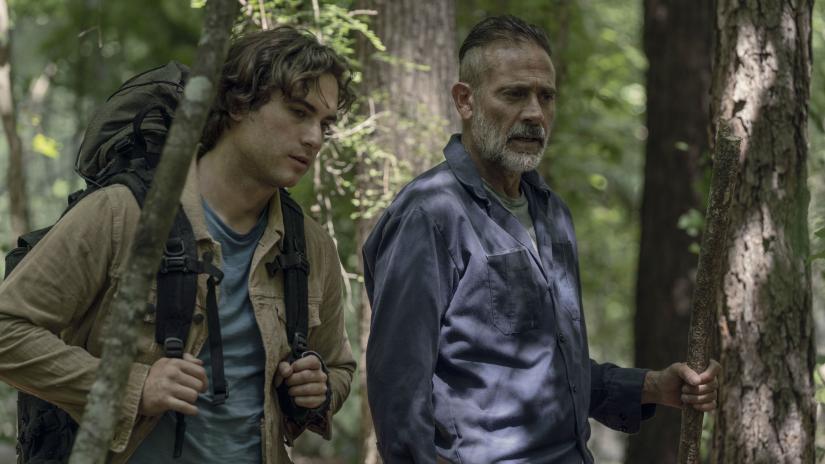 Losing your hearing is a scary concept in general let alone when the world is full of zombies, it was scarier going through the scene with the sounds fading in and out so we could get Kelly’s perspective. I really like the relationship between Daryl and Connie, he very rarely gets close to people and who knows this may be his long-awaited romance. Also watching him use sign language and written words to tell a childhood story was adorable. Negan is out and he has a fan, unfortunately it’s the most annoying and creepy fan ever. I’ve no idea how Brandon became a Negan fanatic, maybe the lack of others with the kind of notoriety. But I want to know how rumor’s like Negan killed Carl happened, people talk but apparently they’re not getting their stories straight. Honestly Brandon is lucky Negan is (somewhat) reformed because otherwise he would have killed Brandon instead of insulting him and sending him off.

Aaron (played by Ross Marquand) notices Gamma (played by Thora Birch) gutting a walker and dumping it in the river. Alpha (played by Samantha Morton) is planning slow sabotage of the communities, including sending the walkers and destroying Hilltop’s wall. One Whisperer questions why Alpha doesn’t just kill them; she cuts him and explains that once their communities collapse, she expects some to join their ranks before Beta (played by Ryan Hurst) slits his throat. Negan connects with the young boy while his mother gathers their supplies and tells him about how the world used to be and plans to lead them to Hilltop as their new home. While gutting another walker Gamma has flashbacks to her sister’s death and cuts her hand, Aaron gives her bandages and tries to talk to her, but she runs off. Connie, Daryl and Magna find Kelly unconscious; they also find the missing supplies when Kelly convinces Magna to confess to stealing them. Daryl is furious but Magna simply states she didn’t trust him, Connie decides they’ll just tell everyone they found it. 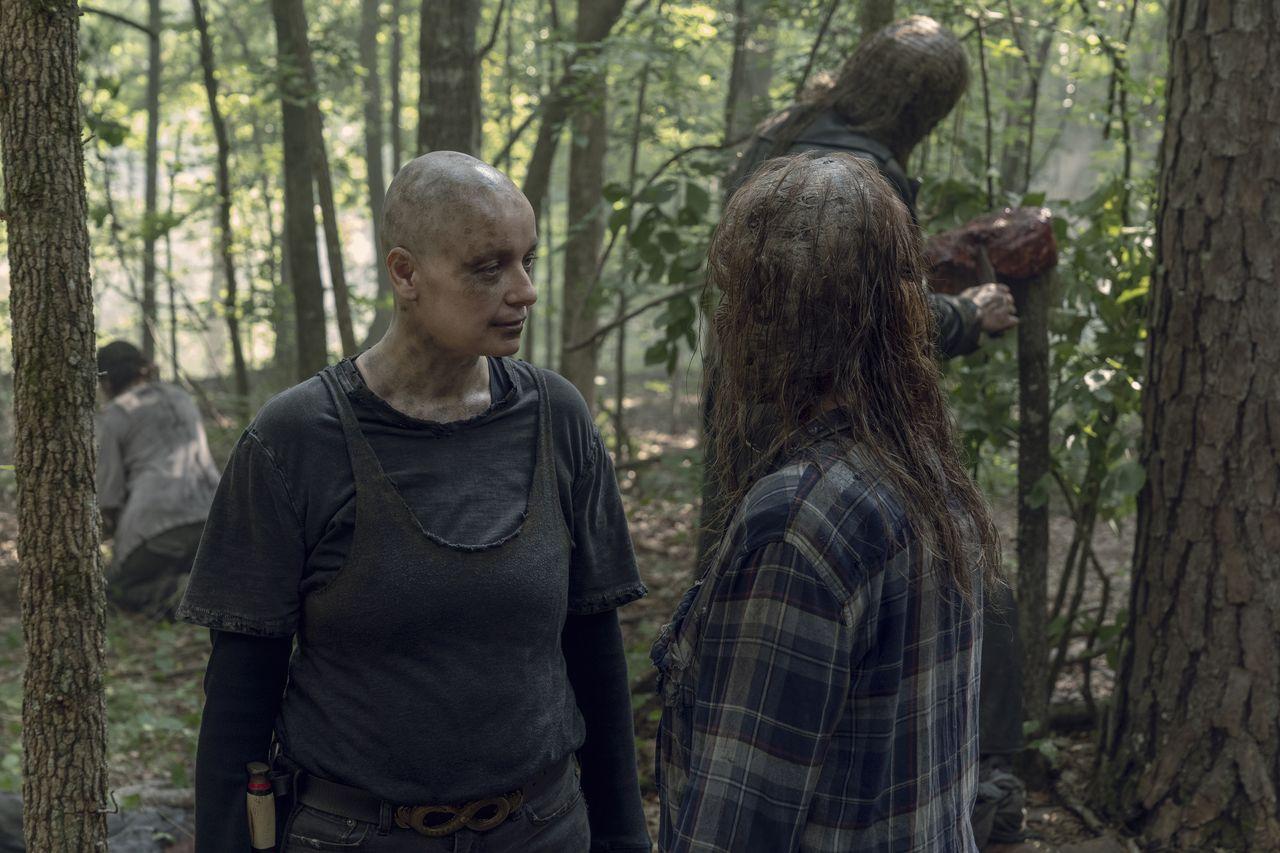 This isn’t a democracy.

It’s still crazy to think that so much time has passed kids are growing up not knowing what things like planes are/were. I agree with the dead Whisperer that a direct attack would be best but obviously he should have kept his mouth shut; Alpha may welcome criticism, but she don’t take it well. But Alpha’s sabotage is just riling people up to fight back, she’s crazy to think anyone would join them but clearly thinks it’ll get Lydia (played by Cassady McClincy) back. But then she must explain how her ‘great sacrifice’ of killing her daughter was a lie to the Whisperers, Alpha may find herself getting cut by them. Especially Gamma who is feeling the trauma of sacrificing her sister for Alpha; she was at least willing to let Aaron help her and when Gamma finds out the truth she’ll be pissed. Magna’s hoarding supplies would have made more sense last season when her group was new to everyone, but they’ve known these people years now how does she still not have any trust?

Negan stumbles on Brandon, having just killed the mother and son in a misguided attempt to impress Negan; furious Negan bludgeons him with a rock. Daryl and the others get Kelly and the supplies back, Ezekiel is encouraged to tell Carol (played by Melissa McBride) but is too scared to talk to her. Gamma tells Alpha what happened with Aaron and Alpha sees the budding connection as an opportunity. That night, Negan wanders across the border searching for the Whisperers and is surrounded by Beta and other Whisperers.

Ezekiel’s cancer will be his big story this season, but rather than a way to kill him off I see it as a means of reuniting him with Carol. It was mentioned in passing how easily treatable it is and although things like chemotherapy aren’t readily available, I’m sure a way to save him will present itself. Brandon got what he deserved but getting killed by his idol was probably the way he wanted to go anyway. Negan has now decided to join the Whisperers, Alpha did mention wanting new recruits so this could be a match made in hell.

“The human body is fragile. All it takes for it to collapse is a few nicks in the right spots.”

I love how Alpha held a vote with the Whisperers, but they all knew she was basically saying ‘who else wants to die’.

“All right you big ass freak let’s do this.”

It was oddly nostalgic seeing Negan reunited with Lucille.