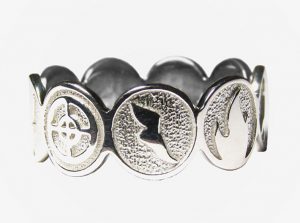 Click on the image to go to the store!

Like Valve Enough To Hold Its Creations In Your Hands?

I defy you to find someone who would not like a little Heavy on their desk with his minigun and perhaps a sandwich—well, someone who’s played Team Fortress 2 by Valve, that is. And, because of that, I have great news.

I am not even being a little disingenuous when I say this: the development of Shapeways working with Valve is super cool. Impressive technologies and innovative businesses working together is exactly the kind of stuff I love to see.

Here’s the basic idea: if you are a fan of Valve’s intellectual properties, or simply interested in creating art connected to them, Shapeways has you covered. Within their systems, you can design a 3D model of a character or prop or anything really from the approved games, and, once you have an official license from Valve, you get to put it up on Shapeways’ e-store. Going over the available products already, there’s stuff like a D20 based on the Companion Cube from Portal, and a full-color custom Demoman figurine on a circular base.

But, I hear you possibly saying: “why would I make merchandise for Valve? What’s in it for me?” Well, I’m glad you asked: you make money off it.

Valve gets a 10% cut of your sales, but the rest goes to you. I don’t pretend to know how competitive the market is likely to quickly get, but, with this existing, there’s a possibility you can make some serious bank off selling stuff connected to the art you love. 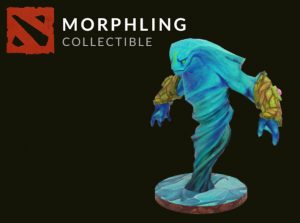 Click on the image to go to the store!

Imagine having a side gig as a designer of DOTA character figurines?

Now, obviously, it’s likely unrealistic to expect a lot of income, but just the possibility of it is worth the look. Nerds, generally, are passionate, meticulous, and aware of small details when it comes to our favorite franchises. Who else is better than us (except the original artists and creators) to oversee creating new merchandise?

It’s pretty much, as far as I can see, a win-win all around.

(P.S. Want that pendant in the featured image? Click here.)