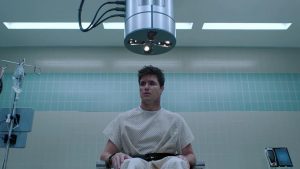 Upload Is Some Excellent Science Fiction

Upload was on my watch list for months before it arrived. As soon as the trailers came and it was clear that this really was going to be a satirical look at a future where humans can and do upload their brains, I was on board.

And by episode one, they proved that they were going to take that premise seriously, and continuously explore different aspects of that world and use subtle satire as they did so.

The fact that the show is also a delightfully cute romance and is compelling to watch was just the cherry on the sundae. The characters are not just mouthpieces for satire—mostly—and they don’t spend all their time shouting value judgments. 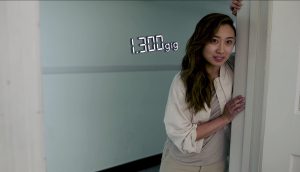 It would be only too easy to simply make a show that claimed it was a horrible thing for people to not pass on naturally, or that this was a net negative in every way: but they don’t do that. They made a world that has all the same systemic and dehumanizing problems as we do—it’s just that people also can still be around after they die.

What’s even more impressive is that the near-future technology that is all over the series feels real and like something that could exist, if not by 2030, then at least in our lifetime.

That is…except for a running joke that unfortunately breaks the immersion. 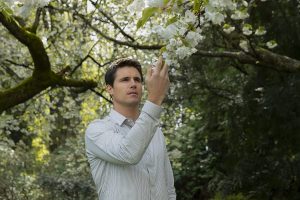 It’s a very small detail and not worth dwelling on, but while I can easily imagine there being cheapskate versions of “heaven” and that those heavens’ IT teams would be staffed by people who do it for minimum wage, these mergers are just silly. I cannot imagine some of these corporations working with each other, mainly because they barely overlap in operations and product. And that absurdity may be the point, but it’s the only blip that breaks the fiction.

But a show is not lost because of one blip. Everything else is so stellar. The comedy is excellent, being a blend of computer humor and semi-absurdist concepts, along with a dash of gags. Even tiny details reveal both worldbuilding and comedic conceits. 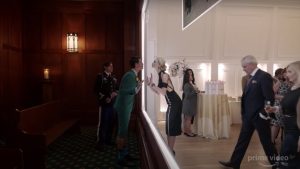 Upload Peppers In World Info With Grace and Wit

And then, as I sing praises, we must go to the characters. Upload has the writing chops to make a good amount of its characters awful people and yet draw you in and make you want to see what happens to them. And then, and I haven’t seen this done this well since The Good Place, it redeems most of them. With grace and heart and humanity, it redeems them. 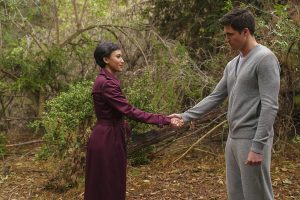 Good, Fun Characters Are The Soul of Upload

Though that’s not just a result of the writing. I actually can’t think of an out-of-character or off-putting moment of acting in the entire series. These are talented people across the board, including and especially bit characters like the delightfully silly A.I. concierge that bumbles around the digital world.

If it’s not clear by now, Upload gets a screamingly positive review from me. Some viewers may have moral or ethical concerns with the world, some with the surprising amount of nudity and sex and gore, but this is amazing science fiction. Upload is well-considered, imaginative, and actually wrings everything out of its premise that it could be reasonably expected to do so, both as a romance and as a satire. 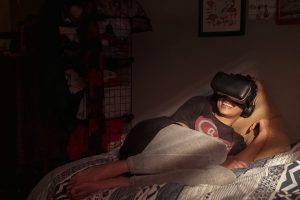