Julia (played by Rachel Lefevre) tries to free “Barbie” (played by Mike Vogel) from his pod but spikes prevent her from getting to him. Junior (played by Alexander Koch) is found by Melanie (played by Grace Cox) and brought into the pod room.

Melanie traps Junior inside a pod, saying that “we” need everyone in town to become who they’re meant to be in order to save them. Julia finds Melanie who creates a story that Junior became trapped after rescuing her from a pod. When Julia finds what looks like the power source for the pods, Melanie tells her the egg from the dome can unlock it. They write a message for Melanie and Barbie’s father, Don (played by Brett Cullen), who is being detained by his company because they want to harness the egg’s power. Don is allowed to bring the egg to Chester’s Mill through the entrance located in his root cellar but is secretly followed by a team of commandos. When he arrives in town Melanie kills him and steals the egg. Jim (played by Dean Norris) finds the body and tries to convince Julia that Melanie was responsible but she refuses to listen. Melanie takes the egg and continues watching everyone’s lives inside the cocoons, creating changes to keep people happy and moving in the directions she wants. 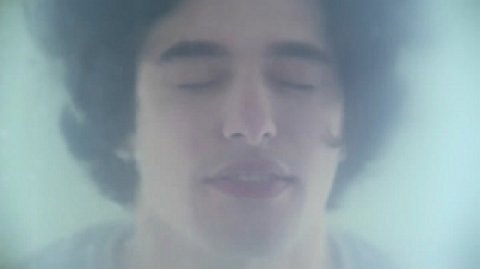 The pods are evil but comfy.

Melanie working with whoever created the dome isn’t a surprise but I’m hoping they might make an appearance soon. Keeping their identities a secret does create a sense of unknown wonder but it’s been three seasons and I’m dying to know. I like that everyone’s future depends on whether they meet Melanie’s criteria for becoming better people, because “better people” really is whatever she wants it to be. It also gives a possible motive behind the dome killing people so often, there weren’t many “good” people in town. But the fact that she can manipulate things to her advantage does bring up the notion that nobody is making these choices themselves. Melanie’s whole demeanor seemed out of character from last season: she’s cold and unfeeling and murdered her father without hesitation. But Melanie told Don she wasn’t his daughter before she killed him, so either Melanie was replaced with a double or she never was the real Melanie to begin with.

Meanwhile, in the alternate reality, Barbie is trying to make sense of Ben’s (played by John Elvis) sudden death. He takes Ben’s phone and has computer hacker Hunter (played by Max Ehrich) break into it. Ben recorded a video stating his belief that everything happening isn’t real and gives proof by showing a man appear throughout town with different appearances. When Junior appears Barbie and the others have memories of Junior being alive but Barbie still remembers that he was dead the day before. Barbie starts to unravel and is determined to stay in town to investigate over his girlfriend, Eva’s (played by Kyle Bunbury), objections. Christine (played by Marg Helgenberger), the town therapist, continues her work, but a ring with a purple crystal suggests she is working with Melanie. Barbie is later called to the hospital and told that Eva is pregnant and she begs him to move on with his life to start a family together. 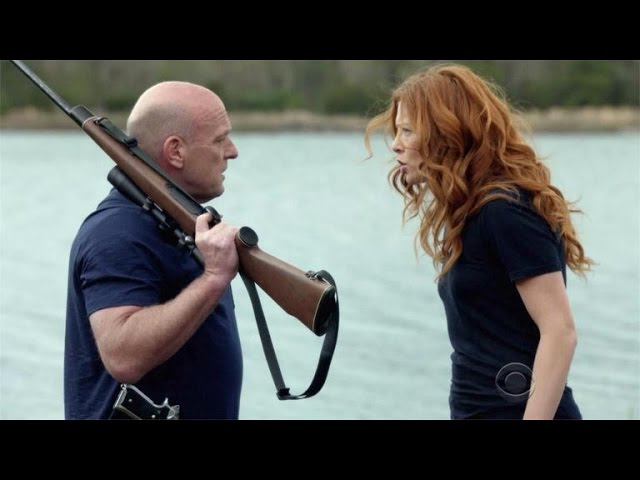 I guess it’s harder than you’d think to create fake people so Melanie must have copied a few designs multiple times.

Julia confronts Melanie in the pod room but is overpowered until Jim shows up. He destroys the egg which powers down all of the pods and everyone is freed. However, Eva and Christine also emerge from pods despite being fake people created to enhance the fantasy world. I was really enjoying the alternate reality plot but I guess it’s better for it to end too soon than drag on too long. I don’t think Melanie had the kind of power to create actual people so Eva and Christine must in fact be real. They may be some of the people/aliens who helped create the dome in the first place.

“I’m not the only one with blood on his hands. People are dead because of you. Your faith in this dome has made you blind, deaf and dumb.”

Once everyone goes back to their miserable lives inside the dome they’ll all be wishing they stayed in the pods.

“You got a pair on you, throwing around accusations, considering I’m the one holding the gun.”

If Eva is really pregnant with some alien/human hybrid baby that could be a really good storyline for this season.

If you enjoyed Manny’s pod escape, you can find the rest of his work right HERE on Sci-Fi Bloggers. You can also follow him on Twitter @KN_Manny.