The new Queen, aka Dawn (played by Kylie Bunbury) rallies the kinship to prepare to take down the “enemy within” the dome. She leads them in the capture of Barbie (played by Mike Vogel), Julia (played by Rachelle Lefevre) and the rest of the resistance and lock them in the town jail.

Joe (played by Colin Ford) forces Dawn to release the others in exchange for his cooperation, except Julia and Jim (played by Dean Norris). While moving the amethysts, Barbie attempts to connect with his daughter but realizes Dawn is nothing but a coldhearted killer. In an attempt to be Dawn’s new mate, Sam (played by Eddie Cahill) tells her the army is outside the dome and the safest way out is through underground tunnels in the cement factory. Dawn and Sam kiss while a jealous Junior (played by Alexander Koch) watches from the door. Junior follows Sam to the cement factory and they fight which ends with Junior stabbing Sam to death with a piece of rebar. Jim and Julia escape the jail and stock up on guns from his bunker, killing a kinship member who followed them. Junior meets Dawn and explains her real plan: to leave the dome and find more eggs and start a new kinship inside a new dome, leaving the others behind. Norrie (played by Mackenzie Lintz) is forced by Dawn to help bring the dome down as she was one of the Four Hands, but Joe sacrifices himself for her instead and the dome disappears. 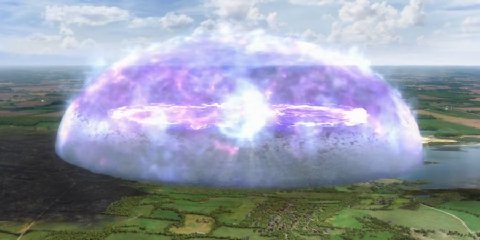 You know the series is ending when two of the main characters are dead halfway through the episode, although Joe only vanished so, rule of thumb, he probably didn’t die. The episode started off nicely but hit several bumps. Barbie regressing to wanting to save her after just acknowledging she wasn’t human was a blatant way of adding as much drama as possible. While the competition for alpha male between Junior and Sam had been building up for a while, I couldn’t help but see how ridiculous it was. The whole thing was a way to give those two significant screen time in the last episode. Sam went from being a murderer to seeking redemption and finally becoming a useless character whose death had little meaning. Dawn’s plan to create a new dome somewhere to rebuild her kinship could have been a great storyline had the series been picked up for another season. But it’s not very smart of her to want to advertise her whereabouts with another dome. That said, if you question that you would have to question the entire series.

Junior attacks Jim to keep him from hurting Dawn while Julia goes after her, Jim is forced to stab Junior to death. The army arrives in Chester’s Mill and rounds up the kinship, including Norrie who is frantically looking for Joe, who has vanished. Dawn attempts to leave through the tunnels but Barbie is waiting to stop her and sends them both down a cavern. He then manages to climb back out. After that, as Barbie and Julia celebrate, they are captured by the army, along with a devastated Jim who weeps over his son’s body. Sometime later, Barbie is in an interrogation room while a general questions him about the dome and the aliens. The army makes up their own version of events for the survivors to tell in exchange for their freedom (those who were infected remain imprisoned). One year later, the survivors adjust to their new lives: Barbie and Julia are engaged and Norrie is in the army. Hunter (played by Max Ehrich), now working at the NSA, finds something that worries him and alerts Lily (played by Gia Mantegna) to tell her boss, none other than Jim. 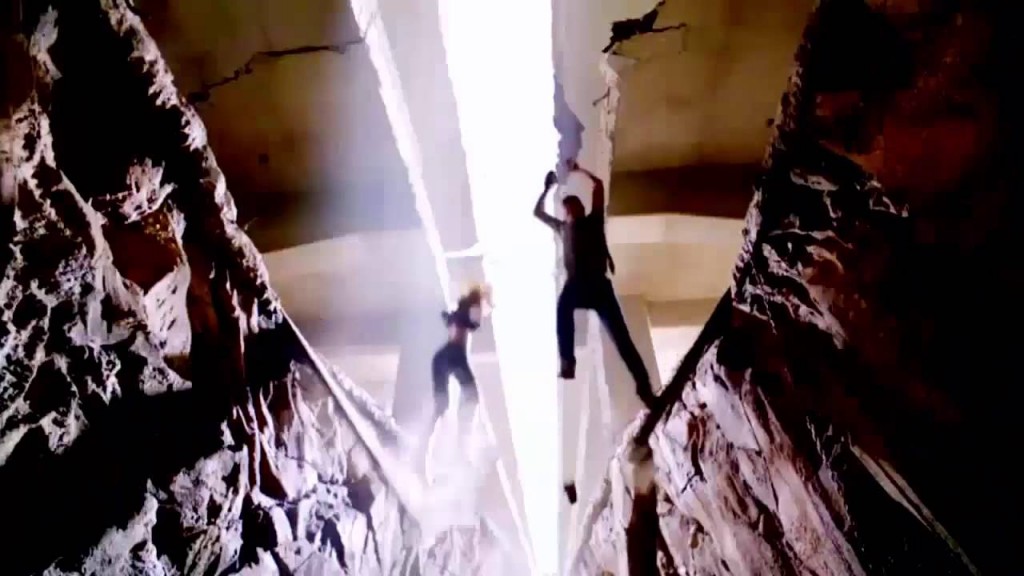 Another one bites the dust. Junior was a character who you wanted to die right from the pilot episode. He was a character who didn’t deserve to get out of the dome and his death was very satisfying. The final confrontation between Barbie and Dawn fell flat (no pun intended). They had a 30 second exchange and it was over in a flash. The dome came down faster than I thought it would but at least it went out with the same bang it did as when it first appeared. The army moving into Chester’s Mill minutes after the dome was gone also felt rushed, nobody really took the time to reflect on the gravity of the situation. Only six people made it out alive and uninfected, and Jim was the least deserving among them. But as the episode went on I held out hope that someone would give Jim the death he well deserved. The flash-forward would have been a nice ending for Under the Dome but obviously the writers hadn’t counted on the show being canceled so there was more to come.

Jim, now a congressman, brings everyone together sans Norrie to show them footage of Dawn in Omaha and realizes she could be anywhere in the world. Norrie swipes a security pass and enters the chamber where the kinship are being held and finds Joe. Meanwhile, Dawn finds another egg and it’s heavily implied she will create a new dome. The episode was touted as being written as both a season and series finale but as a series finale there are several flaws. First, several character fates, like whether Joe is infected, are left unresolved, and Jim of all people getting a happy ending instead of the eagerly anticipated death he deserved was a huge disappointment. The show could have taken such an interesting turn: Eva creating a new dome and Barbie and the others venturing inside to stop her and take on the dangers of another dome. But whatever would have happened will forever remain a mystery unless the show is picked up somewhere. Chock it up to another finale that doesn’t deliver.

“You look so much like your mother.” “You humans and this need for sentiment.”

Is anyone else hoping the show gets picked up somewhere else if for no other reason than for the chance to see Jim get what’s coming to him?

“She died in Chester’s Mill.” “I’ve seen enough bad movies to know, if you don’t have a body, they ain’t dead.”

We’ll never know why the dome was always acting up, but maybe not knowing is better than getting a disappointing reason.

If you enjoyed Manny’s departure from the Mill, you can find the rest of his work right HERE on Sci-Fi Bloggers. You can also follow him on Twitter @KN_Manny.