Christine (played by Marg Helgenberger) emerges from her cocoon and knocks out Sam (played by Eddie Cahill). Christine plans to get him back under her control but is concerned because healing herself drained most of the dome’s energy.

Christine has Sam transfused with blood (thinking it’s hers) and manipulates him mentally to slowly bring him into the fold. Barbie (played by Mike Vogel) and Eva (played by Kylie Bunbury) get intimate, but Barbie’s reflection is still human and not alien. Julia (played by Rachelle Lefevere) leads Joe (played by Colin Ford) and Norrie (played by Mackenzie Lintz) into town. They notice the sky’s images flickering and realize the meteor shower was fake. They follow townspeople into the woods and see Christine alive. She gives everyone orders to mine the amethyst crystals out of the caves. Julia sends Joe and Norrie to steal schematics from Christine’s office while she watches the mining operation. On the island, Hunter (played by Max Ehrich) makes contact with Aktaion employee Lily (played by Gia Mantegna). Jim (played by Dean Norris) brokers a deal for Aktaion to deliver explosives under the ruse that Christine kidnapped Marston (played by Frank Whaley) who Jim killed. Lily agrees to the sham deal and Jim and Julia meet at the high school and prepare to blow up the caves. 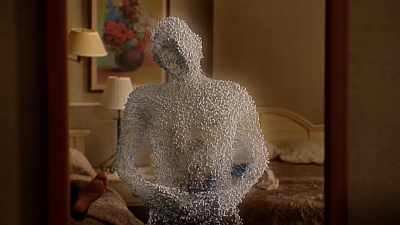 It’s amazing that Christine has to go through so much trouble to get people under her control, but once they are she doesn’t have to try hard at all. She could have told those people she created the apocalypse illusion to help crops grow and they’d go with it. I’m kind of disappointed it was all fake but it would have put the series in a very restrictive narrative if the world outside the dome was gone. According to Barbie’s reflection he’s still human but he’s really digging the kinship, soon he and Eva will have the baby of Christine’s dreams. The schematics and the mining operation have to be two different things, unless it’s a plan to create more amethyst crystals. It’s very strange that none of the top people at Aktaion would negotiate with Jim, especially since he was trying to broker a deal. Instead this new girl is doing all the talking. There’s something suspicious happening over at that evil company. Perhaps it doesn’t even exist anymore. But you have to admire their speedy delivery skills.

While stealing the schematics, Norrie spots her mother Carolyn (played by Aisha Hinds) and tries to bring her emotions out to free her. It doesn’t work and Carolyn and the others force Joe and Norrie into the caves to mine the crystals. Jim lines the caves with the explosives but gets caught leaving by Junior. He tries to open up emotionally to Junior but that fails so he knocks him out and escapes. Barbie finds the bombs and starts evacuating the caves. When they go off, Carolyn shields Joe and Norrie from the blast. This allows Carolyn to break free of the kinship, but she is trapped and Norrie is forced to leave Carolyn behind as the cave collapses after an emotional goodbye. Julia barely escapes being gunned down by Eva in the woods. She and Jim rescue Joe and Norrie from the others and head back to the island, but Norrie is furious when she learns Jim and Julia planted the explosives that killed her mother. Back on the island, Hunter continues talking with Lily, who grabs a gun and leaves in a hurry when she hears someone coming on her end. 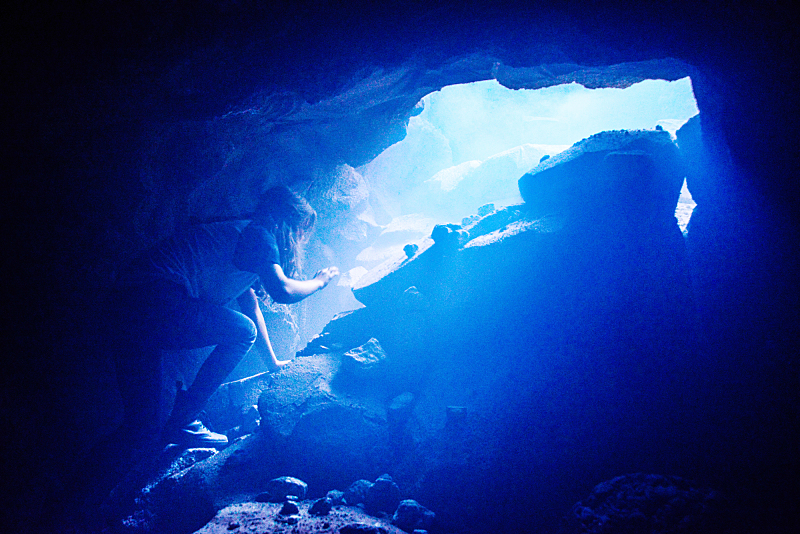 So far the emotional outburst theory isn’t panning out. Either it doesn’t’ work anymore or they aren’t trying hard enough. Near death experiences seem to be the most effective method but that doesn’t end well for anyone. Julia only dated Barbie a few weeks and Eva’s whole relationship with him was a lie, kind of makes them almost even in my opinion. It’s sad Norrie has now lost both her mothers but Carolyn hasn’t been a huge part of the show since season one. It’s a shame because the character was great in the scenes she was in, very commanding and present. But all that rage about her mother’s death should keep Norrie vaccinated against falling back in with the kinship. Well I was right about something going on at Aktaion, but the show has enough mysteries going on so I want this one explained quickly.

With only one amethyst crystal remaining, the dome becomes weaker and cracks form on the sides. Eva lies to Barbie and says Julia tried to kill her to further cement their bond and turn him against Julia. Christine declares that peaceful coexistence between them and the resistance is over and they have to kill them all. So apparently Christine knew where Julia and the others were hiding but didn’t bother to do anything. Now she knows the consequences of inaction. It took a giant kick in the ass but now we get to see some more action between these groups. Those cracks in the dome might look like a path to freedom, but if that thing breaks it’ll crush everyone inside.

I bet the reason the dome is losing so much power is because of all the disasters it created last season.

“We find a way to use emotion. It’s the only way to fight what everyone’s infected with.” “I’ll take bullets over group hugs okay.”

How awesome would it be if someone found a way to broadcast movies on the dome surface?