After three season, CBS has decided to cancel the television adaptation of Stephen King’s Under the Dome.

The series revolved around the fictional Maine town of Chester’s Mill and the aftermath of an unbelievable occurrence wherein an indestructible dome appears around the city and cuts them off from the world. The series was adapted for TV by writer Brian K. Vaughan and produced by King and Steven Spielberg.

The first season consisted of thirteen episodes and reeled audiences into the intriguing mystery and the talented cast allowed viewers to feel the intense claustrophobia of an entire town. Critics praised the ground-breaking series and it was an instant hit with viewers from all around the world. Just a month after the series premiered, it was renewed for a second season. 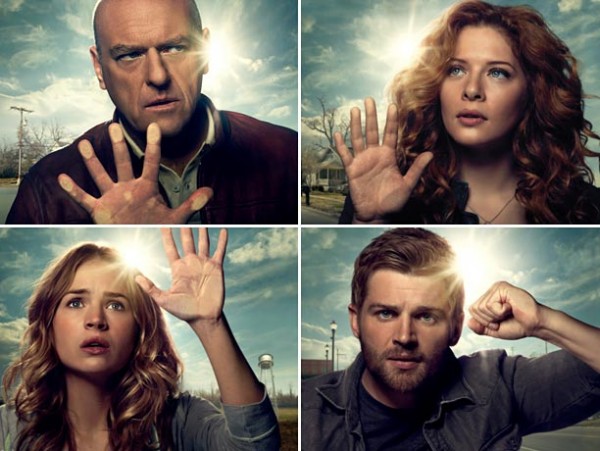 Before season two premiered Vaughan made his exit and that could be why the second season seemed to have lost its way. The episodes weren’t as concise and the viewers could tell. Numbers dropped by the millions, but still stood successful for a scripted show. Thus, the show was renewed.

Sadly, the series finale premiered on September 10th on CBS. It’s unfortunate for fans of the show who were looking forward to the progression of the characters once the dome came down, which happened at the end of season three. Nina Tellers, chair of CBS Entertainment said, earlier, “Well, what I’ll tell you is the dome is coming down at the end of this season, but that opens up a host of other storytelling opportunities.” Unfortunately, fans won’t be able to see that slew of opportunities, but at least a few questions will be answered.

If you enjoyed Carly’s freedom from the dome, you can find the rest of her work right HERE on Sci-Fi Bloggers. You can also follow her on Twitter @MrsCarlyRodgers.