Umbrella Academy is a meh show. It’s watchable, it’s fun—sometimes—and the score is at least amazing, even if “play peppy song while action or violence happens” is a per-episode gimmick in the first three. But while watching, I couldn’t help but see Heroes.

Remember Heroes? The show that contains a time traveling/teleporting superhero and the first season revolves around stopping an apocalyptic event caused by a superhero losing control of their powers? Remember how it had a villain that was terrifying? How it was a very grounded look at superheroes, at least in the first season?

I think Umbrella Academy is that, but weird. Wow is it weird. I know it’s based on a comic, and modern audiences are way more willing to accept strange things than they used to be, but the eccentric billionaire has a robot wife and a talking monkey butler, and you cannot put that in a show without explanation, or justification, and not make it, perhaps, a little jarring. 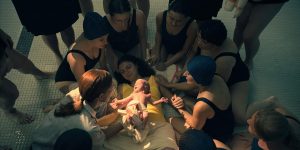 What I’m saying is the show does not worldbuild well. The main characters are undisguised superheroes and yet they are almost never recognized in public. Also, they imply there are thirty-six other kids with powers and yet no one seems to care. Perhaps it’s explained later; perhaps everyone had their memories wiped, I don’t know, but I find it absurd. The world of Umbrella Academy is ostensibly our own, but weirdness just flies around somehow unquestioned.

But fine, if I must move past that, and apparently a lot of people like the show and don’t have problems suspending disbelief, I still have issues with it. The acting is a mixed bag. No one is bad, but it gets hammy. The child acting is surprisingly good, though, but it’s hard to notice any quality there when paired with bad enough dialogue. Like dialogue so formulaic I was predicting lines.

Now, don’t get me wrong, the show is “okay.” It’s meh. It’s fine. Like, Umbrella Academy has a lot of crafty filmmaking. The dollhouse effect—which I first saw in Paddington—was creatively used and I really can’t stress how good the song choices are in this show.

But we live in a post Infinity War world. We live in a world where superheroes are so common in our media that it’s not even nerdy anymore to like them. Umbrella Academy is ultimately just more generic television-level superhero fodder, but with a quirky set dressing. It’s not impressive enough. I’m not saying don’t watch it; perhaps it will be right in your niche. I’m a firm believer that with the sheer number of different superhero options, people who say they don’t like them simply haven’t found the right one.

But this is certainly not going to do much if you demand anything particularly unique from your super-fix. 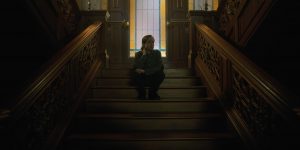