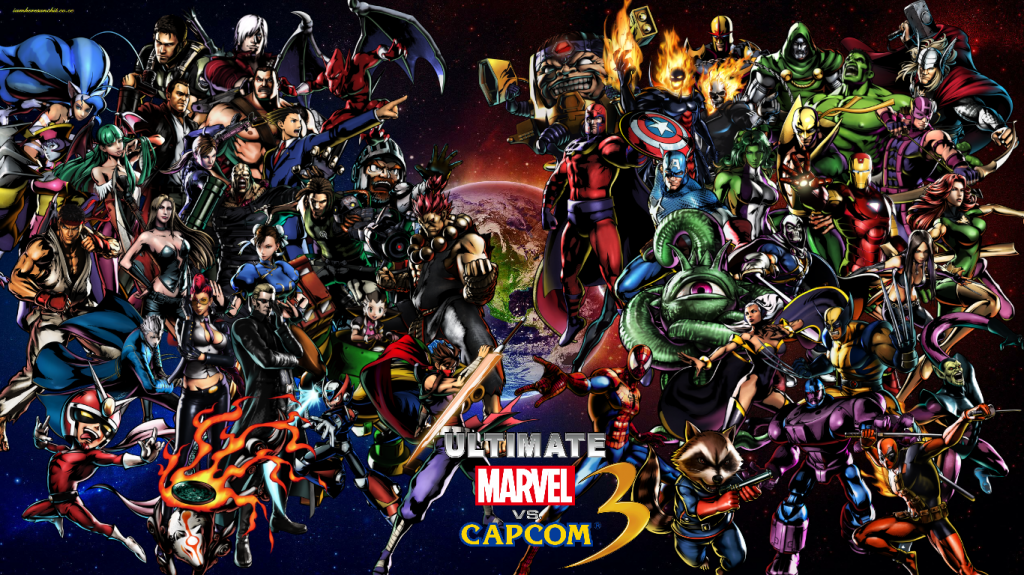 Ultimate Marvel Vs. Capcom 3 is a 2D fighting game in which the player picks any three characters from the Marvel and Capcom universe, creating a team.  This team goes into battle together, and while only one character can be out fighting at a time, the other two characters can jump in to assist or switch places with the currently fighting character.

This tag team system introduces a lot of new possibilities for combos attacks.  This can make the learning curve for this game exponential, in that it’s not hard to learn a few basic moves and use characters well one at a time.  It’s taking your favorite or best characters and becoming able to use them as a single unit that presents a challenge.  However, when you pull an incredible multi-character combo off on your opponent for massive damage, it’s incredibly rewarding.  Don’t be discouraged and just keeping practicing.  Training is absolutely crucial and will make the difference between button mashing and actually playing the game.

I would recommend this game.  It has a very well polished combat system that is a lot of fun to play, as well as being simple and rewarding for the player.  It has a large number of characters to choose from, and being able to put characters into teams increases the number of possibilities even further.

However,I would not recommend getting this game unless you have friends who will actively want to play with you.  It’s a great game, but online competition is stiff, and the level of skill required to perform well is often very high.  This game’s single-player modes don’t really keep you interested for long.  They start becoming repetitive and boring extremely quickly.  This does not make this a bad game of course.  It’s just that fighting games are meant for interaction with other players, not the computer.  Computers follow set algorithms and turning up the difficulty leads to frustration, as they fight nothing like a human.  Instead the computer will read which buttons you press and react accordingly.  So make sure you have friends on hand before dropping money on this game, or it will quickly find its way to your shelf.