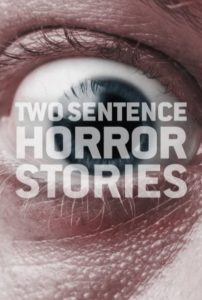 Are You Ready For Quick and Impactful Scares?

Two Sentence Horror Stories is a unique and good show with a bad gimmick.

The main concept of each episode is that the first thing we see is one sentence, and then at the end of the episode, we get the second part. These are supposed to be the horror sting, the “punchline.” And they could not have done it more poorly. This is for two reasons. The first being the actual two-sentences are not scary writing. They are just flat or even a little random. And the second is that they play it like some twist, but we’ve already seen the episode. Either it matches, and is just repetitive, or it doesn’t and is confusing. I get the thematic function, but it’s not worthwhile enough. It just seems awkward.

And what makes this baffling is like I said above: this is a good horror show. Two Sentence Horror Stories is scary, well-paced, and imaginative. Each episode seems to have a different idea it wants to follow.

Well, except for a theme that unified the first three episodes, and I must imagine was very intentional. 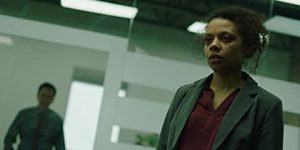 And that is how Two Sentence Horror Stories is female-centric. The three stories so far have female leads, and deal with fears that, though not unique to women, are some of the most horrible things that can happen to women in the real world. This show will be rather upsetting for many, and unwatchable for some. Horror hits taboo subjects as a matter of course, and I’m not saying it shouldn’t—but I do need to make my warning clear. I must make sure you know that If an episode’s premise, even a little, seems to touch on something you’re not comfortable with, then avoid it altogether.

Because even to someone without firsthand experience, the episodes are harrowing. Of any horror show, we must ask the ultimate question: is it scary? Does it frighten? Well, this show manages moments in every episode that made me flinch, jolt, squirm, or even pause the video.

And these are not all jump scares. 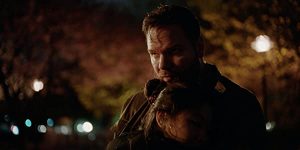 Two Sentence Horror Stories is rather impressive in the variety and artistry of the scares. It doesn’t just rely on shock, or grossness, or even always CGI. And, as a bonus, the scares are not all loaded to the back or the front. The “whams” can come at any time, and episodes often keep an air of extreme tension.

But it’s not all good horror television. There are notable blemishes with the acting. Sometimes performances are just too hammy, or you don’t quite believe that the characters think they are in danger. Also, and this is for the third episode specifically, it has several moments with the ghost stalking the halls that many might find unintentionally hilarious. It still somehow got me to nearly yell out loud, but if you watch a lot of horror movies, seeing a man in gray makeup move around in weird ways might make you giggle.

But I do urge those willing to check it out for what it is. Like the idea behind Two Sentence Horror Stories (when done well), episodes are short, frightening, and lingering bursts of horror and terror. Just maybe don’t watch when you’re alone. 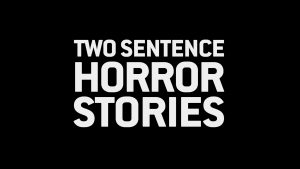