Premise:
After recovering from her near death experience from a vampire attack, Bella looks to celebrate her birthday with her vampire friends the Cullens. Upon recieving a paper cut with a single drop of blood she is nearly mauled by Jasper, one of the adopted Cullens, who is not yet acustomed to the vegetarian style of life that the other Cullens live by. After the incedent Edward and the rest of the Cullens say goodbye and leave Forks, which leaves Bella broken until she rekindles a friendship with the Quileute Indian friend Jacob. After learning of Bellaâ€™s supposed demise at jumping from a cliff Edward decides to kill himself the only way a vampire can. Alice and Bella race to Italy to save his life. 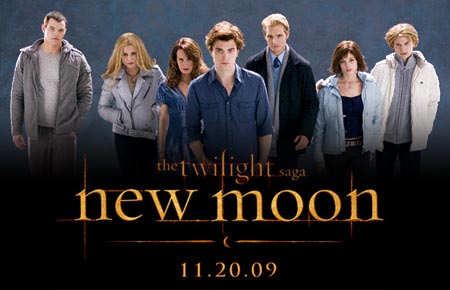 WhatÂ´s Good:
The CG animation in the movie is by far the best to date with the creation of the Quileuete wolf pack. Director Chris Weitz brings far better directing and production than what you see in the first movie: Twilight. The plot stayed fairly true to the story line.

The Not So Good:
The biggest fault that you will find with any movie made from a book holds true here too meaning that so much is left out and changed that it does not hold a candle to the descriptions that you envision while reading the story. The actors while doing a great job of portaying the characters were rather monotonous in the way their facial features were shown.