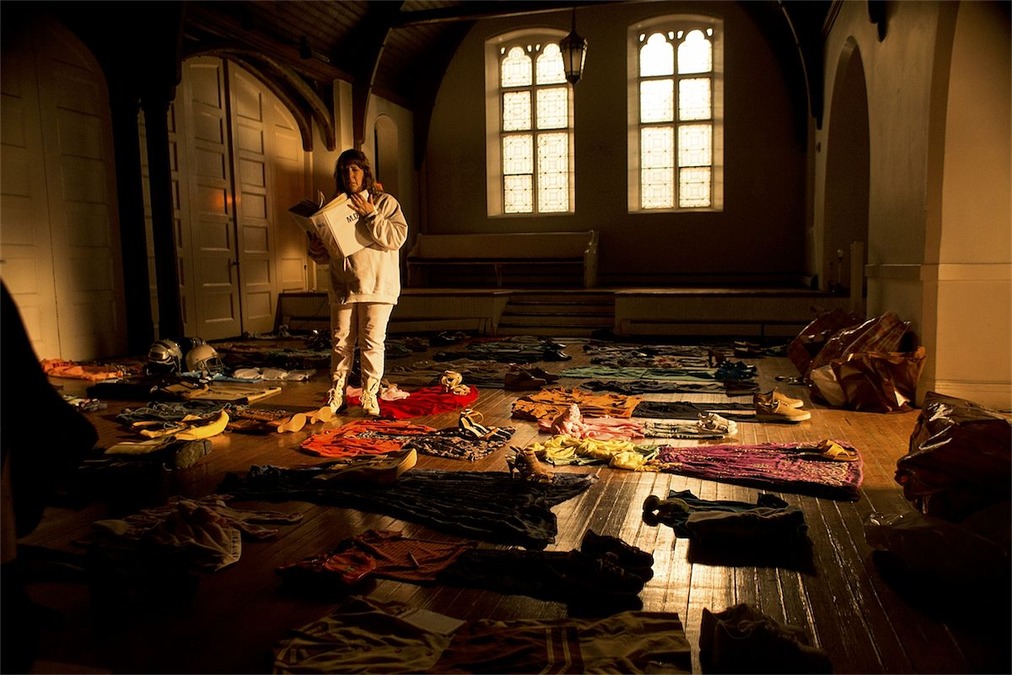 First of all, I’d like to say NO, Patti, I don’t understand. I’m so confused. Okay, let’s get started.

As Kevin Garvey is preparing a lovely dinner to introduce his new girlfriend, Nora, to his daughter, Patti is hard at work laying out clothes, toys and shoes in the church that she bought from Matt. The clothes were probably stolen from the homes of the Departed and the giant binder contains pictures (either copies of the ones taken on Christmas or the same ones) and information on them. Something big is going to go down. I am so anxious to know what the plan is! What were in those packages? At first, I thought that they might be bodies, especially after the delivery guy called them “sick f*cks.” It was interesting, the way one man almost cradled a package like a baby. They spent a lot of money on this special delivery.

Kevin, what are you doing? These blackouts, man, they’re freaking me out. PROOF that those white shirts were not his white shirts. Remember? The poor dry cleaning guy?

Both Kevin and Jill had a similar experience. Knife in hand, they approached an irritating factors in their lives, and they both had to make a choice: kill it or set it free. Unfortunately, Patti took Kevin’s choice away from him.

And she seemed so adamant about turning Kevin in. Little did she know that Jill is interested in the GR.

So, the old mystery man. Ghost? Guardian angel? Is he, like Kevin’s father, in tune with a frequency that we can’t comprehend? Is he speaking to God? He tried to kill Patti, but then Patti killed herself. Are they on the same side? I need some kind of an answer here!

Gladys. The whole point of Gladys, according to Patti, was to not forget her. Ever. “She was okay with it.” Was she? At the very end, Gladys was clearly not okay with it. 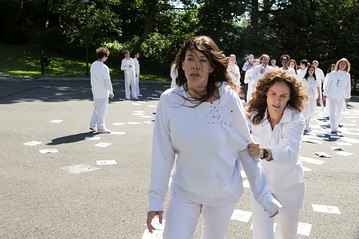 Oh, Meg. What can we say about Meg? Overly emotional and maybe not quite committed. Her intentions seem true, but she reminds me of someone who is unhappy with their life and so joins something like the GR to be apart of something.

Only two episodes left. We are living reminders.