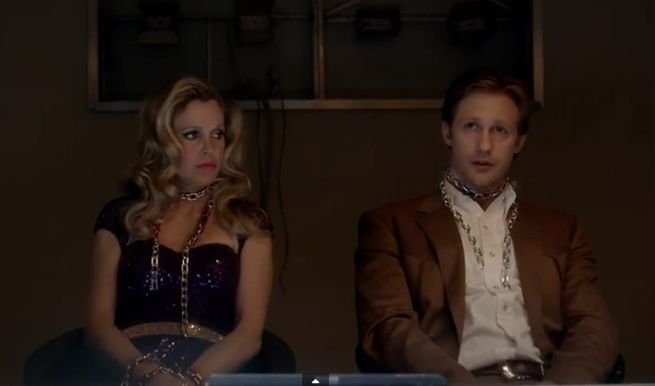 How does Eric pull off that bored yet exhausted look throughout the entire fight scene? He only looks mildly irritated—that is until Pam calls out to him in chains. When they left Pam and Eric alone in the, erm, sun room to wait for sunrise, I thought that it was going to be some old-fashioned, James Bond spy stuff. Why leave your enemy alone to die eventually?

Except that wasn’t their interest. The creators of Tru Blood are after Sarah Newlin for ruining their product and causing them to go bankrupt. They agree to work together on the condition that Eric gets to be the one to kill Sarah.

However, they might not want to do that just yet. Sarah breaks into Amber’s home where she sees that she has become ill with Hep V. I KNEW that Sarah was going to in some way be the cure! She drank the antidote and her blood can cure the disease. Eric should probably reconsider strangling her, at least for a little while.

Violet’s gone off the deep end. She obviously knows that Jason slept with Jessica, and she has some mad rage stored. I thought that she was going to kill Jason and I was chanting, “please don’t kill Jason.” Looks like she’s decided to have some fun with Adilyn and Holly’s boy, Wade. Oh, they’ve decided that they’re in love. Which is a bit creepy, considering that Adilyn is technically just a few months old.

Apparently, getting your affairs in order before you die of Hep V is more frustrating than going to the BMV (or, for the rest of you out there, DMV). Take a number, wait forever and then deal with the bitchy attendant. Bill ends up killing the lawyer and her bodyguard, then storms out.

I knew that Sookie was infected. Come on! She was covered in Hep V blood. I assumed it when she was sobbing over Alcide’s body with bloody water running down her face.

Apparently her fae blood is working the Hep V into the bloodstream at an alarming rate. 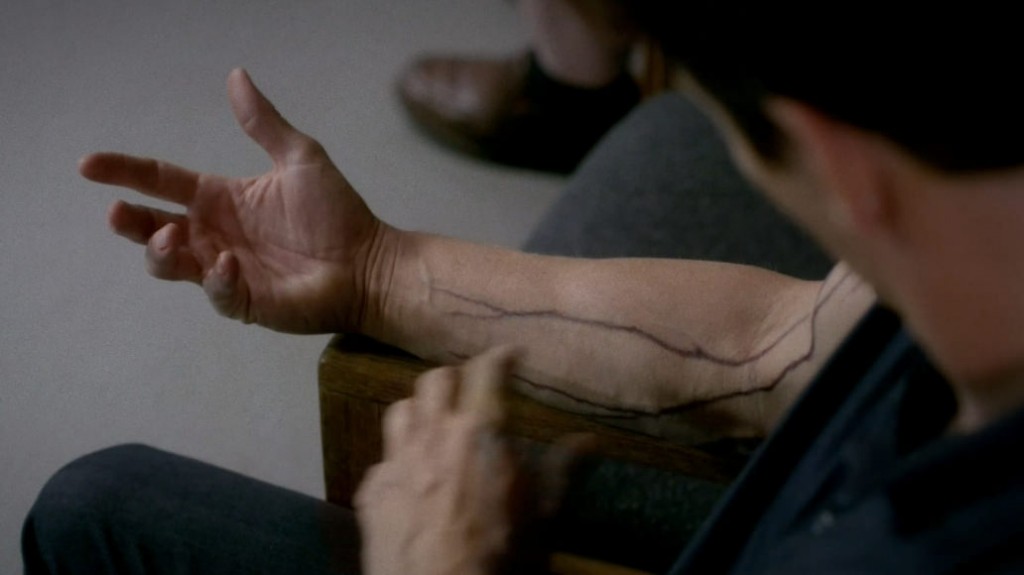 Lastly, Lettie Mae and Lafayette found Tara in their V world and they both believe that she is trying to tell them something. I want to know!