The launch cinematic for The Witcher 3 is here and holyohmygoshgoodgolly you’ve got to see it.

The Witcher 3: Wild Hunt was released on May 19th for Windows, PS4 and Xbox One. The game focuses on monster hunter Geralt of Rivia as he concludes his story from the previous two games. Geralt must now take on the Wild Hunt, an army invading the Northern Kingdoms and apparently impossible to defeat. It’s a giant, open-world setting for players to roam about and from the looks of it, it’s going to be mental. 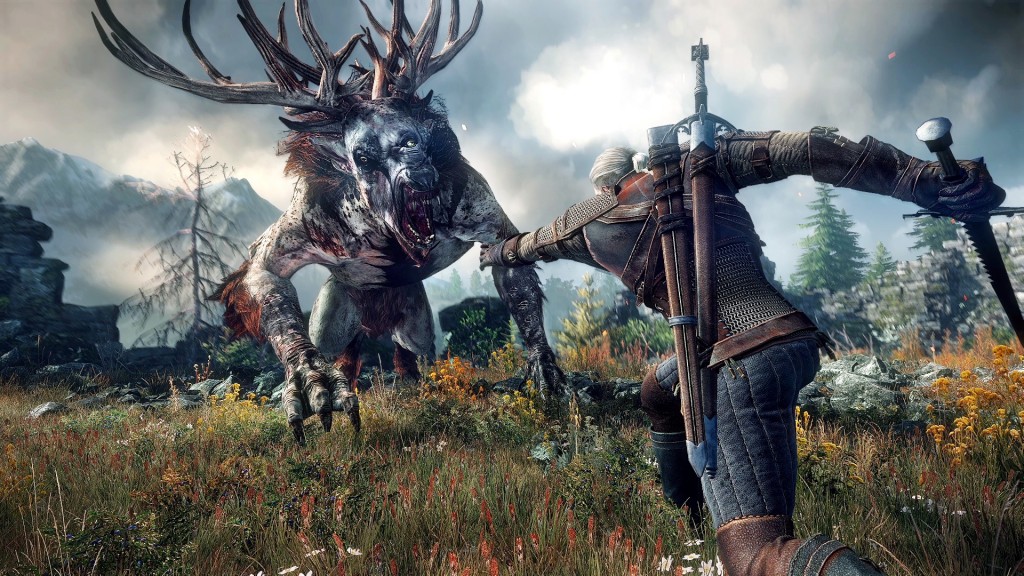 In the teaser, you can see Geralt talking to a beautiful redhead who gets a little silly. Violence and gore aplenty follow. What begins as a seductive striptease turns into a much less inviting battle of pointed teeth against potions and crossbows. It’s eerie, odd, haunting and yet so, so inviting. I want a piece of that action.

Wild Hunt has already been on the receiving end of some spectacular reviews. GameSpot is calling it “one of the best role-playing games ever crafted,” and giving it a 10 out of 10 score.

The Polish game comes from creator CD Projekt RED and is the third installment in the series. The original was released for OS X and Windows in 2007 and is based on a book series of the same title by author Andrzej Sapkowski. The Witcher 2: Assassins of Kings was released in 2011 for Windows, OS X, Linux and Xbox 360 and also received praise. As of April, Projekt RED announced that the game already has two expansions planned. The first one is titled Hearts of Stone and is expected to be released in October of this year while the second, Blood and Wine, will be looking to release in early 2016.

If you enjoyed Carly’s hunt, you can find the rest of her work right HERE on Sci-Fi Bloggers. You can also follow her on Twitter @MrsCarlyRodgers.