We saw what J.J. Abrams did with Star Trek and we were presently surprised with his work in Star Wars: The Force Awakens. Now we’ll see how Fast & Furious director Justin Lin does with Star Trek Beyond. Peep the teaser below.

At first it reminded me of those fan made trailers you would find on YouTube. I mean “Sabotage” by the Beastie Boys playing in the background? But then I was way into it, because the teaser highlights what Lin does best and that’s bringing the action. It was like a highlight reel of awesome. It was like being at a Star Trek Convention that took place during a rock concert.

The film is beginning the famous five-year mission in Star Trek history where the crew of the USS Enterprise will get out and explore the great frontier that is space. However, they run into a bit of a hostile situation when their ship is destroyed and they become stranded on a new planet full of those who want to kill them. So not ideal.

The previous installment, Star Trek Into Darkness, was a polarizing film for fans and critics and may have been a factor in Abrams stepping down from directing duties. Screenwriter/Scotty Simon Pegg said the writer’s “just want to take it forward with the spirit of the TV show. And it’s a story about frontierism and adventure and optimism and fun, and that’s where we want to take it, you know.” He, alongside fellow writers Doug Jung, Roberto Orci, John D. Payne and Patrick McKay, wants to focus on the old feel while introducing a new enemy. The reptilian Krall, played by Idris Elba, is a new species of enemy which we know very little about. He can be heard in the trailer telling Kirk: 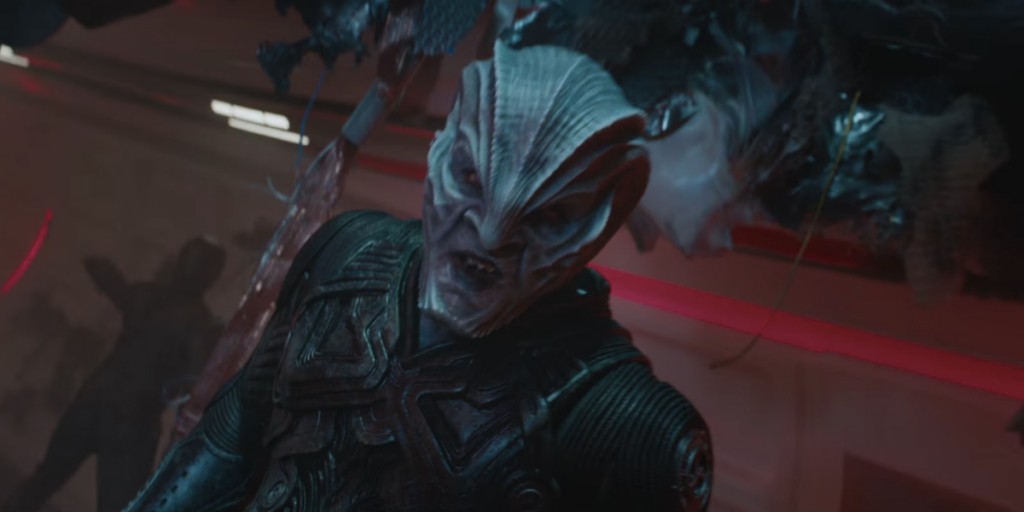 Are you excited for July 22nd?

If you enjoyed Carly’s push back, you can find the rest of her work right HERE on Sci-Fi Bloggers. You can also follow her on Twitter @MrsCarlyRodgers.