When an ad pops up before a YouTube video it is very likely that I will hover over that bottom right corner and click that skip button the second it becomes available. Then one day the drumline intrigued me. Maybe it was the English accents or the recognition of my YouTuber spirit animal Grace Helbig, but I didn’t click. I watched the entire two minutes of trailer for something I knew very little about.

Did it tickle your fancy? The colorful and wonderful series was put together by British YouTuber KickThePJ, also known offline as PJ Liguori. The show features fellow Tuber Chris Kendall AKA Crabstickz as Oliver. Oliver is put in charge of a whimsical hotel filled with fantastical residents.

The residents are what make this series so special. The wildly imaginative vision of Liguori and his crew comes to life thanks to the people of the Jim Henson Creature Shop. The humans beneath the creatures also have followings of their own. There are a ton of other YouTubers making an appearance throughout the six episodes of the show. In fact, the biggest of them all, PewDiePie, who also goes by Felix Kjellberg, shows up much to the delight of his nearly 40 million subscribers. He plays a piece of broccoli. Just goes to show you that his ego is in check. But it’s not only #TeamInternet representing, no. Some real impressive names also lend their voices to some strange creatures. The prestigious Elliott Gould plays a slab of meat and there is a pair of large fish trying to repossess the hotel played by Alfred Molina and…Patrick Stewart. Guys! Patrick Stewart! 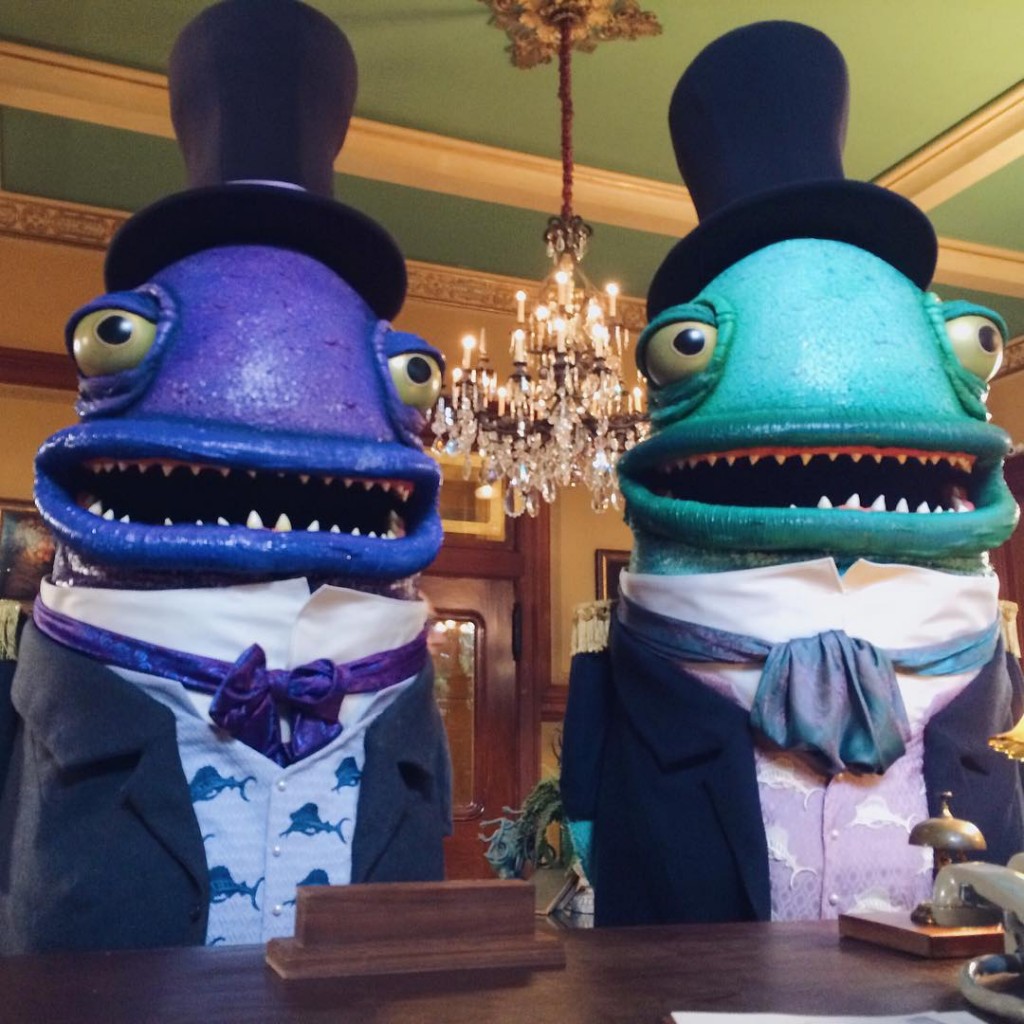 Oscar’s Hotel is currently available on Vimeo. The streaming service announced a deal with New Form Digital Studios to produce four series straight off of YouTube and Liguori’s is the first to be produced.

If you enjoyed Carly’s fantastical piece, you can find the rest of her work right HERE on Sci-Fi Bloggers. You can also follow her on Twitter @MrsCarlyRodgers.