The beautiful, wonderful, and action-packed trailer for Mad Max: Fury Road was released on December 10, and although it doesn’t have the numbers the Jurassic World and The Force Awakens does, it packs in a ton of excitement, explosions, and stunning music. In fact, one hopes they left some of the action for the actual film. 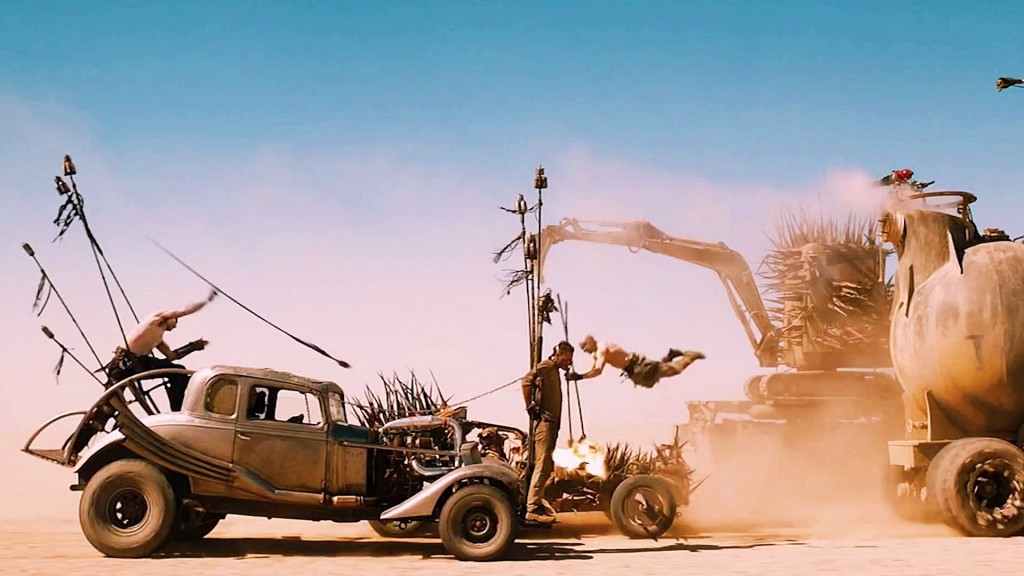 The movie does look good, at least aesthetically. The stark contrast of blue sky and the red sand of a world without water is stunning. The characters feature drastic looks and bold colors, and everyone looks pretty dirty. Playing the lead, Max Rockatansky, is The Dark Knight Rises’ Tom Hardy, but he’s not seen much in the trailer. The beautiful, even with a buzzcut, Charlize Theron gets plenty of screen time, as does X-Men: Days of Future Past’s Nicholas Hoult, playing Nux. The real stars of the show were the special effects. There are tons of car crashes, bursts of fire, and weather disasters aplenty. 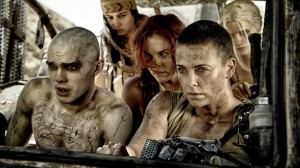 Fury Road will be released May 15th from Warner Brothers and directed by Mad Max originator George Miller, who is returning to action for the first time since 1985. The official summary is as follows:

An apocalyptic story set in the furthest reaches of our planet, in a stark desert landscape where humanity is broken, and almost everyone is crazed fighting for the necessities of life. Within this world exist two rebels on the run who just might be able to restore order. There’s Max, a man of action and a man of few words, who seeks peace of mind following the loss of his wife and child in the aftermath of the chaos. And Furiosa, a woman of action and a woman who believes her path to survival may be achieved if she can make it across the desert back to her childhood homeland.

The teaser definitely inflicts feelings of joy and high hopes, but let’s hope they left some fire for the film.