The first trailer for the film Assassin’s Creed is finally here! Feast your eyes on some fascinating Fassbender.

The first sequence shows Fassbender’s character, Callum Lynch, in the present alongside Marion Cotillard as Sophia Rikkin after waking up from his own execution at Abstergo Industries. He is forced to take part in revealing his ancestor’s past. Diving into the past of his ancestor allows Callum to gain valuable insight into how to take down the present day Templars.

Fassbender also plays Aguilar de Nerha, his ancestor, an assassin during the Spanish Inquisition. He’s hooded and ready to parkour all over the place. The action looks astonishing and it really feels like the game has come alive on screen. The star-studded cast is just an added bonus. Also featured will be Jeremy Irons, Michael K. Williams, Brendan Gleeson and Ariane Labed as fellow assassin Maria. However, comments from the movie’s producer is what has me, and fans, a little worried. 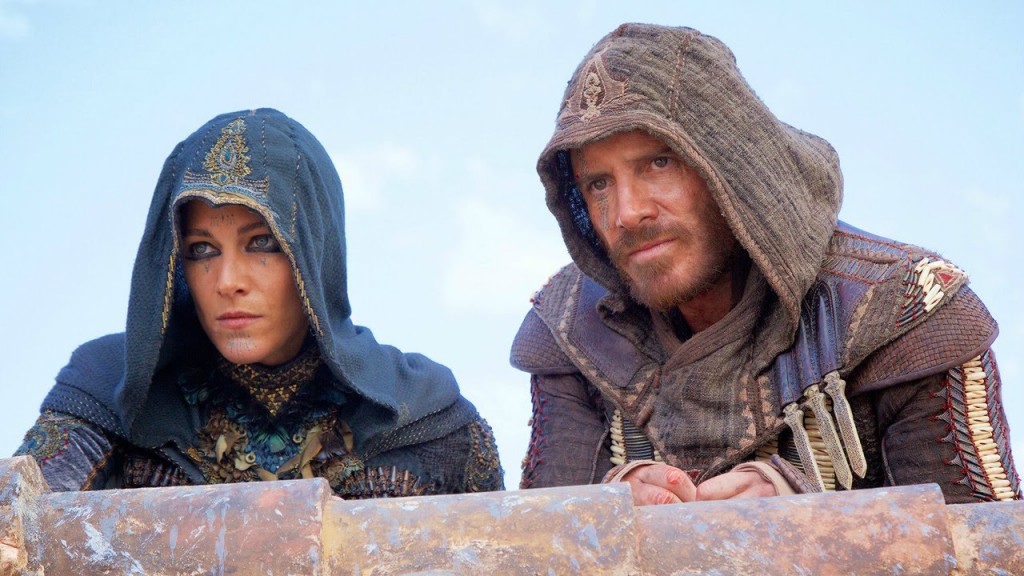 In an interview with IGN, Pat Crowley said that the film would take place “65% in the present day and 35% in the film’s Animus-assisted 15th Century Spain.” The rich story, the weaponry, the feeling of traipsing around cities in the shadows is what makes the series so special and to weigh it down with too much origin story could cause it to miss the mark. It’s hard to say how accurate this is, because the trailer seems to focus heavily on the action in Spain.

But who really knows what the film will really look like until we get a few more trailers, teasers and TV spots. After being pushed back not once, not twice but three times, Assassin’s Creed will finally be released to the public on December 16th of this year. Are you falling for the trailer?