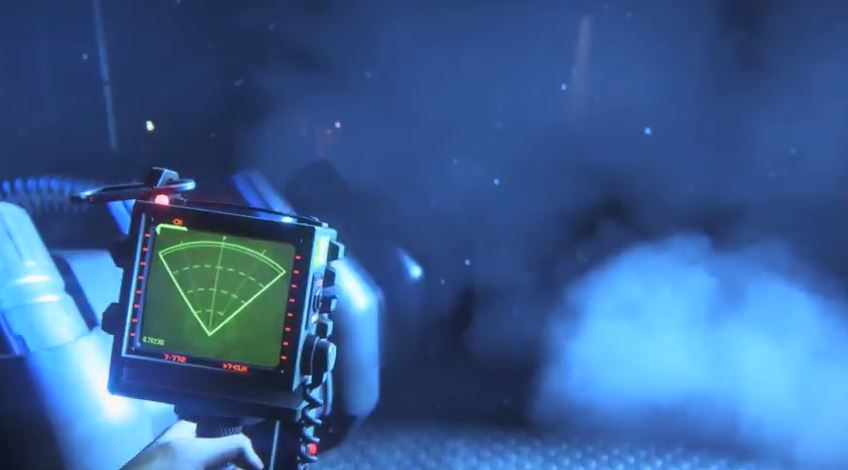 Fear is an extremely difficult, yet incredibly simple thing to bring about in another. To scare someone takes a lot, honestly, but it also takes a little. I realize that sounds very self-contradictory, but the truth can’t be changed. To make someone afraid is the most difficult, simple task on the planet, in terms of psychologically affecting a person. It depends on an infinite number of possible factors, which all end up boiling down to one: control of atmosphere. And see, that is why it is so hard to do, and yet so easy. Figuring out what must be accomplished, that doesn’t take long. However, to actually execute whatever actions are necessary to evoke fear in someone, that takes careful planning, timing, spot on delivery, the right setting, so many things. These are all easy to conjure in the mind, but to do them right takes skill. And that is way Aliens: Colonial Marines was a complete and utter failure of a game, and why the upcoming Alien: Isolation looks so damn good.

The Alien franchise was founded on the concept of being almost entirely powerless to fight or escape death. Remember? “In space, no one can hear you scream.” If you really think about it, that idea is absolutely terrifying. Why? What are Man’s basic reactions to a dangerous situation? Fight or flight. What happens when Man can no longer do either of those? I don’t think I need to paint a picture for you. Your mind will do that on its own. And see, that’s all part of controlling the atmosphere. When your atmosphere is under my control, I can put the littlest thought in your head and allow it to grow. I can knock one tin can over in the middle of the night and, if you don’t see me, the ideas, the most insignificant ideas, will become your nightmares.

Say you’re walking through this space station, and all the lights go out, and you just see a shadow of something for a split second. You don’t know what it is. You don’t know if it’s a threat. You don’t know what to do about it. You begin to look for it, or maybe you don’t. Maybe you start trying to figure out what it is on your own, and then all the worst case scenarios start flooding your mind. You get another glimpse of it after ten minutes. Then you find some voice recordings of people talking about it, and listen to them, and nothing stops you or jumps out at you while you sit there, ear to the player. You just hear them that’s all, nothing else. And then, when you’re done, maybe in another five minutes you hear somebody screaming, like they’re in trouble. Do you go and help them? Can you? You try, but all you find is a corpse. And now you think, “Oh God, am I next? Is it close? It just killed this man. I need to get out of here.” And nothing happens. All you hear are noises for a good amount of time, maybe get a few glimpses here and there. Sometimes music can be an influential tool here. Sometimes silence is far more effective. Finally, you hear it again, and you know it’s right behind you, chasing you. You can’t get a good look at it since, if you try, you’ll end up like that man you found. And your heart’s racing, and you’re running down the hall, trying to escape. But you can’t, because as much as you’d like to deny it, and as hard as you’ll try to prove otherwise, you’re in space, and the only exit you have is death. That is the kind of game that Alien: Isolation has the potential to be.

Aliens: Colonial Marines went in the exact opposite direction, essentially giving us a conventional shooter, when what we wanted was to be afraid. We don’t want a Call of Duty campaign, we want Amnesia: The Dark Descent ON STEROIDS. Because if a game that good is released based on the Alien franchise, then, by God, YouTube will be just booming with reaction videos, and the developers will make a ton of money, and we’ll all come out winners.

Take a look at this:

Do you know what I get from that? I get that somebody, somewhere, has been listening. I get that somebody gives a damn, and that somebody is finally learning what it means to really control an atmosphere in a sci-fi setting. I’m amazed it has taken this long, seeing as science fiction offers so many fantastic, daring ways to scare people. That being said, I’m at least glad it’s happening, and I can’t wait to see if the title this trailer represents is as good as it appears.

That’s everything for today. Until next time, this is D. Alexander wishing you a happy Ninth of January.