I already knew that the Sonic The Hedgehog movie was going to be bad. But, wow, I was not expecting it to be this loathsome. It reminds me of the Woody Woodpecker movie, and that is one of the most damning comparisons I think I’ve ever made.

Let me make this clear, this movie is going to be unpleasant. News of them making the Sonic in it not look like a horrifying man wearing a skinned Muppet is cool generally—but that’s not enough. 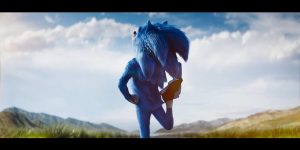 No One Will Forget Seeing This Nightmare Sonic

And the worst part is I cannot figure out what’s specifically wrong. Like, I can’t quite point to one thing that’s still truly awful. The trailer has no groan-worthy jokes, no mind-numbing scenes of toilet humor. The voice acting seems fine. Honestly, Jim Carrey looks like he is having too much fun with the character, and his scenes are entertaining and watchable on the sheer back of his charisma.

Jim Carrey: Only Good Thing In A Sonic Movie?

But there’s just so many warning bells. So many little things here that make me suspect we are dealing with a garbage fire. They seem to have decided to use a generic human and alien combo storyline along with a save the world template. They also stole the whole “military notices strange reactions and investigates” thing from about a billion movies.

They also decided to use “Gangsta’s Paradise” for the trailer. In a movie about Sonic The Hedgehog.

In a movie for kids, about a fast running blue alien, they use a song about gangstas. 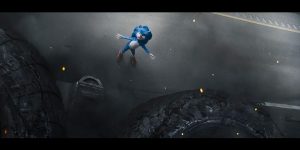 The Sonic Trailer Is Tonally Strange And Offputting

I just want that to sink in properly.

What’s even more galling is we are in an era where we make great kids movies. Actual exciting, fun movies. If Sonic could ever get a decent film, this would be the time. But this is no The Lego Movie. I expect nothing from this travesty but some decent memes.

It’s already a laughingstock of the internet, and it’s not going to pull out of the tailspin. 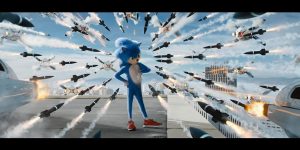