During the last years we have been witnesses of incredible Sci-Fi movies, masterpieces created with always new techniques and special effects that more than give birth to amazing worlds and breathtaking experiences.

What is not to be forgotten though is that those works of art could never be possible if they hadn’t a very solid ground on which they were built on: the past.

I’m referring here mostly to the 90’s, a decade that has seen not only some unique jewels we will never forget, but also the rise of trilogies or serial that made the history of movies.

Here the TOP five list of movies from the 90’s that you have to see (in chronological order):

The first Paul Verhoeven’s masterpiece is one of a kind for two reasons: first, it is one of the pioneers of the theme “Conquering Mars”, the leader of an infinity of futuristic movies that explore the possibility of transferring the human kind on another planet. Second, for the year in which it has been produced, it is the first example of the expert use of advanced (for that times) special effects that generate an impressive and sometimes almost disturbing (again, for that times) Sci-Fi movie. 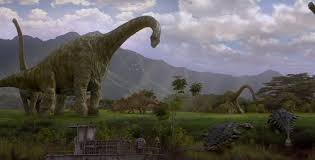 The first thing that comes into my mind when I think about the magic of movies is the incredible and capable of moving even the most skeptical people theme song of the one-of-a-kind Jurassic Park. This work of art has to be watched not only by Sci-Fi lovers, but from everyone that considers himself even a light movie’s passionate. Jurassic Park not only entered in our worlds, but mostly in our souls and hearts, and personally, it was my movie’s first love.

The Roland Emmerich’s Sci-Fi adventure is not only an exciting, funny and entertaining example of a very good movie, it is also basically the first time we saw aliens invading the earth this brutally and men fighting their way through independence with impressive battles mixed with clever jokes and good looking army guys. It represents also the first time we had the honor to see in action one of the destined-to-be star in the Hollywood’s bright sky: Will Smith. 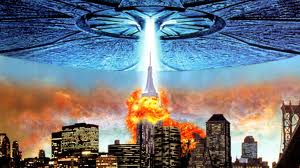 I decided to add Godzilla in this Top Five list of movies you have to watch because I truly believe is the first well done example of how to create a mythical creature and make it destroy the world. We all remained shocked when we saw for the first time huge buildings of The Big Apple falling apart like sticks under the gigantic paws of the big lizard, and now, every time on the screen appears another of that gigantic monsters that everybody loves to watch, I can’t help but recalling in my mind a very clear image of an Asian poor guy whispering: “GOGILLA!” 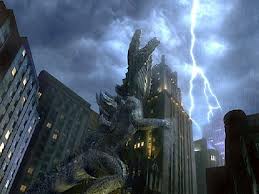 This list could have never been really complete without one of the cornerstones of cinema’s life: The Matrix, the first of a blessed trilogy that brought Keanu Reeves to fame and fortune and us to a new level of awareness of the incredible power of a film. Also, The Matrix is the first product of a generation of futuristic and conceptual movies that made us leave the theatre with one irresolvable question in our minds: “What…?” 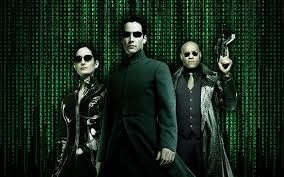