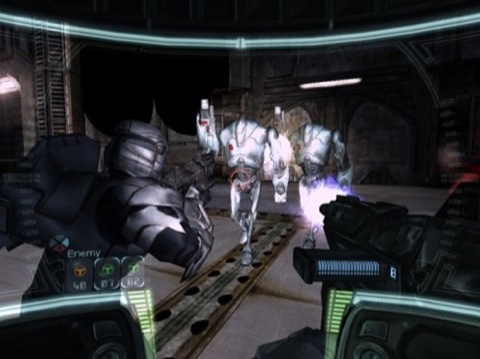 At a time when shooters were becoming more and more popular, the folks at Lucasarts decided to get in on the action themselves. The result? A dark, gritty FPS set in the Star Wars universe that actually makes clone troopers badass, battle droids scary, and the Clone Wars meaningful.  Players jumped into the boots of the Republic’s best troops, Delta Squad, as they performed missions of vital importance behind enemy lines. The gameplay was fairly standard first-person shooter fare but with the addition of basic squad commands, a great soundtrack, and a gritty presentation, Republic Commando quickly became one of my favorite Star Wars games of all time. 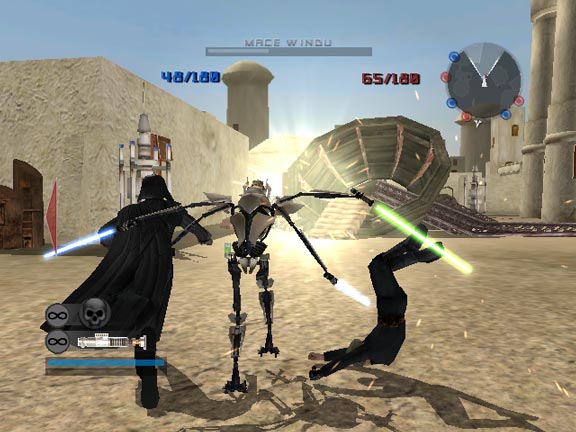 The Battlefront games are universally adored by both Star Wars fans and gamers alike, and with good reason. What other Star Wars game lets you replay all the famous battles throughout all the films? Battlefront 2 expanded even further on that idea, adding space battles, more battlegrounds, and the ability to play as heroes such as Luke Skywalker and Boba Fett. But really, who needs Boba Fett. Everybody knows that the all jedi battles on Mos Eisley is the best feature of this game. 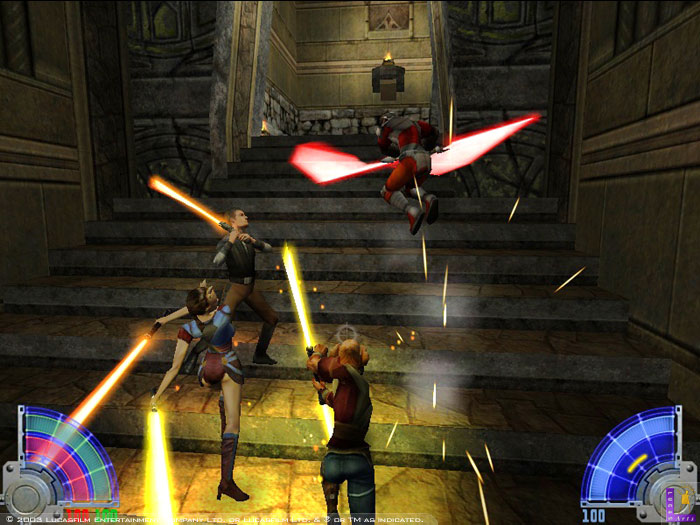 Blending both first person shooter with third person lightsaber gameplay, Jedi Academy is the ultimate jedi fantasy. Players take on the role of a student at the Jedi Academy, taking missions from jedi legends Kyle Katarn and Luke Skywalker. The great part about Jedi Academy over its predecessor Jedi Knight II: Jedi Outcast is that players have full customization of their jedi. Sex, race, lightsaber color and style, force powers – all were up to the player, and made for one amazing Star Wars experience. 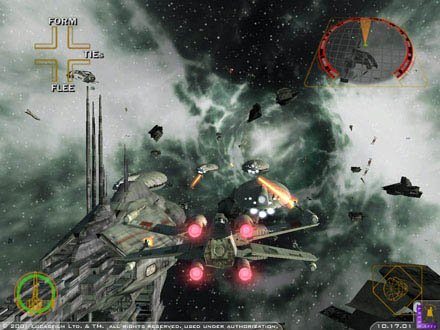 A Gamecube launch title, Rogue Leader showed off what the Gamecube was capable of with thrilling space battles filled with X-Wings, Tie Fighters and lasers galore. Playing as Luke Skywalker and Wedge Antilles over the course of the original three Star Wars films, it fulfilled the second biggest fantasy of every Star Wars fan after wielding a lightsaber – blowing up the Death Star. While both its predecessor and sequel are both excellent games, Rogue Squadron 2 is firmly rooted as my favorite of the three. 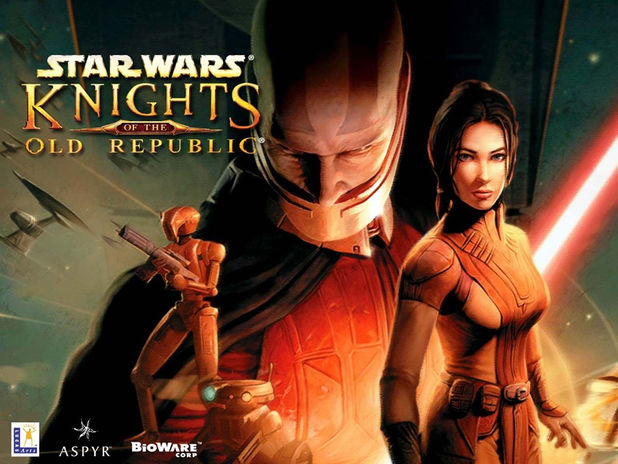 No Star Wars video game list is complete without the masterpiece that is Knights of the Old Republic. What can I say about it that hasn’t been said before? Great characters, plot twists, character customization and gameplay. The game brought to life a whole new time period in the Star Wars universe for gamers to explore and shape, set thousands of years before the first battle of Yavin. I personally used it to try and forget Episode II: Attack of the Clones. Man that movie is bad.