Finally the moment that all the guys were waiting for, since last time we talked about heroes: a Top Five Best Heroines! Because, let’s face it, what’s more sexy than a beautiful woman that can kick some asses?

Through Sci-Fi history we’ve been witnesses of incredible, smart, powerful, hot girls that knock out the occasional bad ass without messing up their hair’s style. And if they can do it wearing a tight, shiny and sexy suit featured with high-heels stilettos, well, they really are super. 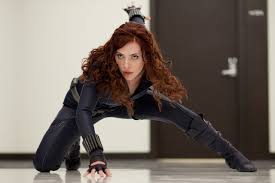 Black Widow is not only the loyal and inseparable partner of Hawkeye, is also the only woman in the Avenger’s team. She can fight, she can shoot, she can use every type of knife, she can drive a helicopter; really, is there something this woman can’t do? I don’t think so; and if you add that she is hot as hell, that makes her the super perfect woman.

After surviving a near-death experience, this incredible and fit woman decides to become an assassin-for-hire to protect the innocent people. So far pretty regular for a super heroine; but when the stunning Jennifer Garner appears on the screen with that red leather suit that just suits her perfectly and with that look of someone who’s gonna do whatever it takes to get her revenge, she jumps in our list as a super sexy heroine but also as a super sexy woman. 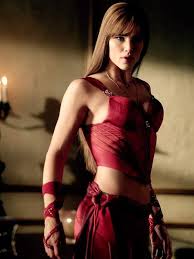 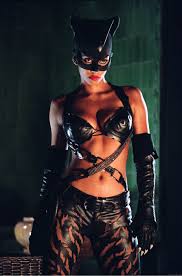 If we think about the famous character of a woman that has a special connection with her “inner-feline” and walks on the rooftops all night in high heels, no one is better to wear that black and very small suit than Halle Berry, a woman with sexy moves and smooth skin that can jump off a building and still look just perfect.

Also, she is so stunning in that mask that she makes us forget (almost) about a very bad script; and that is really super.

The only woman in the group of the Fantastic Four is known for her power of making herself invisible anytime she wants to; but when Jessica Alba interprets her, lots of adjectives come into our mind and “invisible” is for sure not one of them. With that face of an innocent angel and that body made for sin, Invisible Woman leaves a very visible image in everybody’s memory. 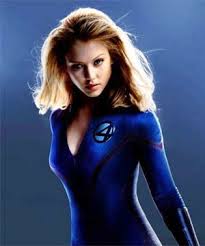 Even if Arwen is not a proper super heroine, she deserves a spot in this list as a super woman of incredible powers and infinite beauty. In every scene in which she appears her presence is always lightening up the image, her angelic halo is visible in the air around her and when she speaks in the elfs’ language, her voice gets to our hearts even if we can’t understand a world. Also, she is the one who saves Frodo’s ass when he is about to die so it’s fair to say that she is pretty much a bad ass. 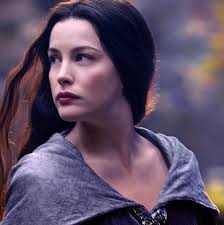