The world of cinema has often dipped its talons into the dark world of Gothic storytelling. There’s a rich world of horror, romance and sinister deeds that fuel our interest in the hidden underbelly of the night…

Let’s take a look at the top 10 movies for Goths. I say movies for Goths, but these should be on your movie wish list anyway. It’s a mixed casket of films, from Hollywood’s big budget blow-outs to some more obscure features. There’s also stuff here that’s as old as dirt.

So light a couple of black candles, loosen that corset, and enjoy the run down…

10 – Bram Stoker’s Dracula (1992)
Let’s start with one of the most famous Gothic creations of them all; Count Dracula! This is one among many, many retellings of the Dracula legend, with around a hundred or more versions adapted for stage, screen and radio, including multiple outings from the Universal and Hammer studios. This was Francis Ford Coppola’s attempt to create a screen version of the book as accurately as possible. It’s a commendable attempt, and is certainly visually impressive. Try not to dwell on Keanu Reeves’ peculiar English accent though.

9 – Dark City (1998)
Undoubtedly more science-fiction that a Gothic horror, Dark City is an incredibly intriguing film. Added to the sci-fi elements is a Film Noir touch too. It might seem that with all these elements the film could end up on the messy side. It doesn’t have the most solid narrative in all fairness. However, it does teeter on the right side of coherence, mainly thanks to the performances by Rufus Sewell, Kiefer Sutherland, Jennifer Connelly and Ian Richardson. The eponymous city should take some of the credit for an amazing performance too!

8 – A Nightmare Before Christmas (1993)
There’s not a lot of light hearted films in this list. There are even fewer musicals. A Nightmare Before Christmas is both, but don’t be fooled – it has enough sinister humour to entertain ghoulish tastes. Based on a poem penned by director Tim Burton, this stop-motion animated fantasy tells the tale of Halloween Town’s local celebrity, Jack Skellington. The story is populated with a host of amazing characters and extraordinary sets, not to mention some great songs. 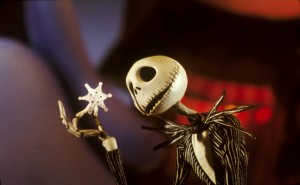 7 – Carnival Of Souls (1962)
Following a car accident, Mary Henry (Candace Hilligoss) finds herself drawn to a run down old carnival. Why she has this compulsion is unclear to her, as are the sightings of white faced ghouls that stop and stare accusingly at her, day and night. The fact that this is a low budget film enhances the storytelling, offering a desolate, almost dream-like feel to the production. The result is a thought provoking story about our place in the world and if we belong at all. 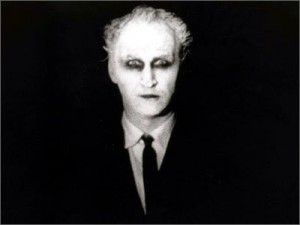 6 – Interview With A Vampire (1994)
Anne Rice’s Vampire Chronicles hit the big screen with a bang with the adaptation of the first of her novels, featuring sensitive vampire, Louis (Brad Pitt) and hellraiser Lestat (Tom Cruise). Famously, Rice was horrified with the casting of Cruise, with performances in films such as Top Gun still fresh in the audience’s minds. The author did take back her misgivings after seeing Tom Cruise’s rather spectacular performance. In fact, aside from the overall visual spectacle of the film, Tom Cruise does steal every scene that he’s in.

5 – The Haunting (1963)
If you’ve seen the remake of this early 60s classic, put it out of your mind right now! Banish it. The original version is a crackling miasma of sexual tension, horror, insecurity and loss of innocence. The drama itself is a low-key affair, following the experiences of Eleanor Lance, sensitively played by Julie Harris. She joins a group of other volunteers to investigate the mysterious events that have been recorded at the imposing mansion of Hill House. It’s a classic haunted house story, but its power lies in a few clever cinematic tricks that leaves your spine magnificently chilled.

4 – Susperia (1977)
Sexual awakening is an essential element for Gothic horror, and you get that in spades with Dario Argento’s Susperia, along with some incredibly sinister turns. The drama surrounds the bizarre, and downright terrifying, events surrounding a world renowned ballet school. The institution keeps a deep secret, which one of the schools new students begins to uncover. It is the look of Susperia that adds to its oppressiveness. The colours are too gaudy or too deep. The contrast is strong and unsettling. This Italian oddity still serves to raise some genuine scares even today.

3 – Nosferatu (1922)
The names have been changed to avoid rights violations of the time, but Nosferatu is a retelling of the Dracula legend. However, as a black and white, silent film, it something of a closer connection to the era of the book’s first publishing. Count Orlok supplants Dracula here, played remarkably by actor Max Schreck. The movie is full of incredible imagery, with the shadowy Orlok ascending the stairs toward the end of the film as one of the most notable. A real highlight though is the chasing of Knock (the film’s version of Renfield) as he escapes across fields; it’s a very funny scene, which I’d like to think is intentional.

2 – The Crow (1994)
Along with musicals, there aren’t a lot of action films in this list. Then we come to The Crow, perhaps most famous for being Brandon Lee’s last project because of his tragic death on set. Based on the comic book series of the same name, the Crow of the title is murdered rock star Eric Draven, who is resurrected to avenge his own, and fiancée’s, death. It is the overall look of the film that gives The Crow its Gothic leanings. Cinematographer Dariusz Wolzski keeps the tone sufficiently bleak without losing energy, while director Alex Proyas manages to handle music video flair with some sensitivity. 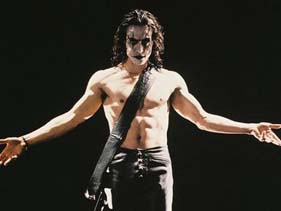 1 – The Bride Of Frankenstein (1935)
The Bride Of Frankenstein was produced with many sequels for Universal’s successful monster franchises, which also included Dracula, the Wolfman, the Mummy and The Creature From The Black Lagoon‘s Gill-man. Unlike many other sequels, The Bride Of Frankenstein explored more of the story’s origins. The movie opens with poets Lord Byron (Gavin Gordon) and Percy Bysshe Shelley (Douglas Walton) enthusiasticly discussing Mary Shelley’s incredible story of Frankenstein and his monster. Mary Shelly is played with some gusto by Elsa Lanchester, who later appears as the bride of the title. It is this opening scene, and the beautifully atmospheric – and often humourous – tale that follows, that makes this one of the most Gothic of all the films in the list.