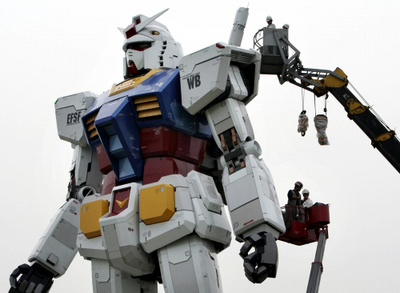 The Gundam Series have long dominated and maintained its popularity in today’s popular culture since the late 1970s. Whether it is Mobile Suit Gundam or Gundam SEED, it is clear that the Gundam franchise is a landmark in the world of mecha anime and will continue to garner fans worldwide from one generation to the next. So what is Japan’s next step to prove the nation’s loyalty to this iconic anime? Well, if you thought the Mega Sized Gundam models were big, you have to think even bigger.

Japan’s recent political meeting spoke not of changes to policies, new laws or negotiations but instead focused on the topic of Gundam. Yes, you read correctly. It has been revealed that members of Japan’s Liberal Democratic Party are discussing the idea of constructing a real life, gigantic and fully functional Gundam. According to Kotaku.com the idea does not come as a surprise because in 2008, it was estimated that a fully developed one-to-one scale would cost up to USD$725,000,000 for parts and materials. So even though the concept may be ‘cool’ and satisfy longtime fans worldwide, will this be a wise decision for Japan’s current economy and society? Although the answer may already be clear, I’ll leave you to think just a little harder about that one.

With today’s gradual advancement in technology, it goes without saying that the attempt to construct a fully functional Gundam can be somewhat accomplished. I say ‘somewhat’ because I doubt that if built, the Gundam will come close to mimicking the anime in terms of agility, mobility and other complex aspects. So we now approach the next vital question regarding this sudden childhood revision across the politicians table. Why? Why work so hard to construct this mecha wonder? National pride? The country’s Self Defense Force? A mix of both maybe? Even if this big guy was sent out into the line of fire, I can’t help but worry that the money will end up going to waste in this era of modernized military technology. 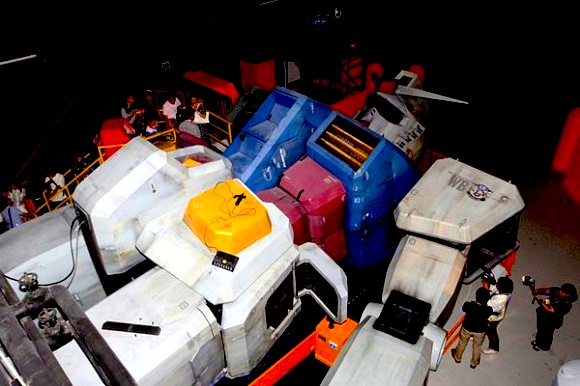 What are your thoughts on this? Feel free to sit back and think about this for a second (this is real after all), or if you feel the urge to rage on your keyboard, leave a comment below.