There are many reasons that we may not have received radio communications or a visit from aliens yet. While the Drake Equation satisfies the idea that life is in fact common in the universe, it is also spread out very far and possibly brief in nature, possibly explaining the fact why we haven’t met an aliens species yet. 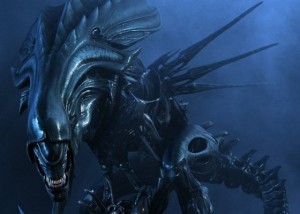 They are too far away, and we haven’t been listening long enough

This is considered a big reason we haven’t come in contact or received communications from another intelligent species. If optimistically we were separated from our nearest intelligent neighbour by ten thousand light years, it is entirely possible that we are never going to meet them unless faster than light travel is developed. This may not be possible and there is no known method of doing this presently. Radio waves also travel at light speed, so for the very short amount of time we have been transmitting information (50 years or so) there is almost zero chance anybody would be aware of our existence.

They are at different technological levels to us and cannot communicate

The idea of sending out radio signals runs on an assumption that aliens are actually attempting to receive radio signals for more than a short amount of time. It is known that our communication methods are evolving, and such signals may become extinct in our own society eventually.

Aliens exist in some sort of post-human state

Well, not post human but post-alien. A technological discovery may have occurred that allowed all minds to leave the human body and be downloaded onto a computer where they live in some form of digital bliss. Perhaps they have entered some kind of ethereal realm and are pure thought only. It is possible that we cannot even comprehend the communication other species in the universe may be using.

They are here now and watching

There are a few ideas surrounding this one. The first is that the governments do have contact with them but it’s a big secret being kept from everyone. The other is that they are here now but undetectable to humans and simply observe us. Another idea is that the Earth is some kind of Zoo, set up in a synthetic reality. All of these ideas provide good fodder for conspiracy theorists around the world.

They don’t want to talk with us

It is entirely possible that a spaceship or probe did come into proximity of us in modern times. Perhaps it probed out internet and downloaded thousands of lolcats, demotivational posters and various other internet memes. The aliens then cast harsh judgement on us and turned away in disgust, looking for a better group to make contact with.

This article is written by a blogger for one of the best accounting firms in Perth. The views expressed are the authors opinion only and provided for entertainment purposes only.