Eichhorst (played by Richard Sammel) oversees the trial run of a blood harvesting factory. To get a more accurate assessment, he uses one of the collaborators as a guinea pig to test weaknesses in the machine.

Eldritch (played by Jonathan Hyde) gives Abraham (played by David Bradley) and Vasiliy (played by Kevin Durand) information on the captain who sailed the boat into New York last episode. They are given fake I.D.s to sneak into the facility where he’s staying to interrogate him. Ephraim (played by Corey Stoll) and Dutch (played by Ruta Gedmintas) listen to the black box tape from the plane the Master first arrived on. They hope his voice is there to use in their Strigoi communication experiments, but it’s so overwhelming Dutch is knocked unconscious. Abraham and Vasiliy find and violently interrogate Captain Cyrus (played by Jonathan Higgins), who tells them he transported wooden crates and handed them off to someone else. Quinlan (played by Rupert Penry-Jones) visits the Ancients, and warns them that the Master has likely formed an alliance with other Ancients, and they agree to help him and Abraham. 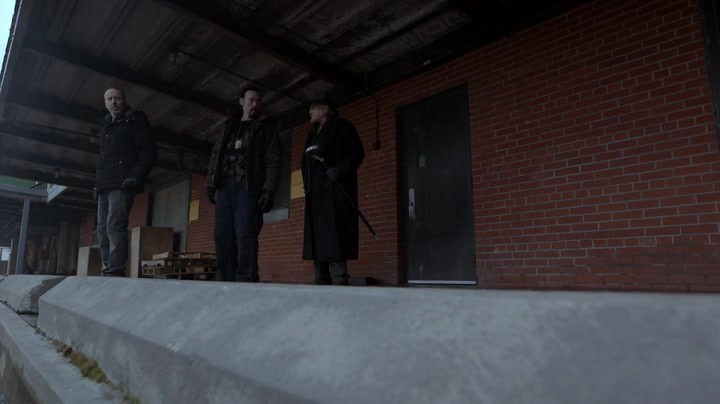 Too little, too late.

Apparently hunting for food has gotten to be a bother, and now Strigoi just want it served up on a silver platter. This search for the Master’s voice has lasted several episodes and the only thing we learned is it’s lethal to people. Two of the show’s best characters have been sidelined in this B storyline (although it’s really more of a D). There are only two episodes left this season, and keeping Ephraim and Dutch occupied with a plot that serves no purpose to the overall story is criminal. Abraham and Vasiliy’s investigation feels slightly moot since it’s obvious the Master has brought over more Ancients. Finding them is probably crucial, but aside from the imposing name: they aren’t a real threat. Quinlan already has access to the Lumen, so he doesn’t need to go back to them for information. Which was really the only useful thing the Ancients have to offer.

Cyrus leads Abraham and Vasiliy to the blood harvesting factory, and finds the crate being loaded onto a truck. They are attacked by guards who kill Cyrus in the firefight while Eichhorst escapes in the van. Agustin (played by Miguel Gomez) returns home in hopes of finding his turned mother and recalls traumatic instances from his childhood. Angel (played by Joaquin Cosio) goes to Agustin’s apartment to find him, and is nearly infected by Agustin’s infected mother. But Agustin shoots and kills her, leaving him devastated. Eichhorst plans to kill the three Ancients and has Kelly (played by Natalie Brown) use her Feelers to track them down. Eldritch reveals to Abraham and Vasiliy that the factory they found is one of 100 all across America currently under construction. 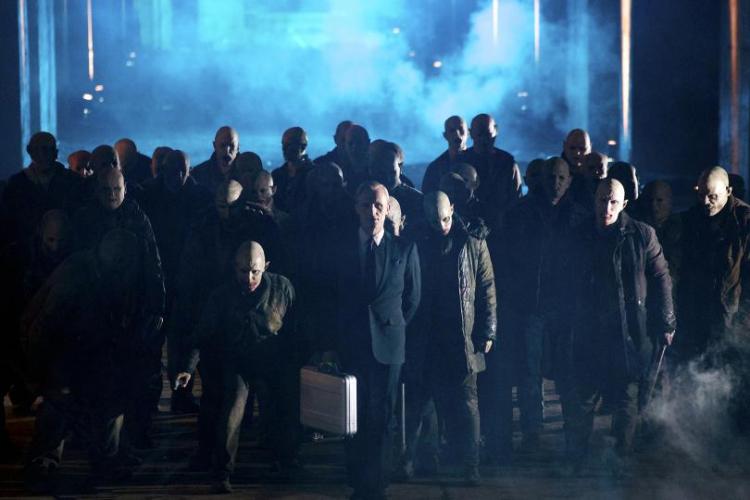 They’re ready for a rumble.

This was a great episode for Agustin. He not only got lots of screen time—which doesn’t happen often—but also his backstory was explored. Killing his mother to save his father figure will give Agustin a new drive to get back in the fight against the Strigoi. Maybe he’ll finally join Ephraim’s team officially and escape being sidelined in his own B stories away from the main action. If these factories are being built all over the country, the Master must be close to his goal of domination—or at least think he is. Abraham and Vasiliy have the Lumen, but, lately, they seem to be two steps behind the Master and Eichhorst.

Quinlan visits the Ancients, but their lair is overrun with hundreds of Strigoi led by Eichhorst. The Master speaks to them through Eichhorst and denounces the Ancients for never leading the Strigoi to conquer the world. Quinlan and the Ancients fight off the Strigoi, and Quinlan barely escapes before Eichhorst detonates a bomb that destroys several buildings and kills the Ancients. The Ancients sat on their asses ever since they were first introduced, but they made their last stand here (literally). Their deaths were a display of the Master’s ever growing power as he marches to what seems like an inevitable victory.

Living without a body must be pretty freeing, because the Master is taking his sweet time finding another one.

“I was just doing my job.” “As said by countless facilitators of genocide throughout time.”

With things as bad as they are, Abraham and the others probably wish they had their own Buffy to help them out.