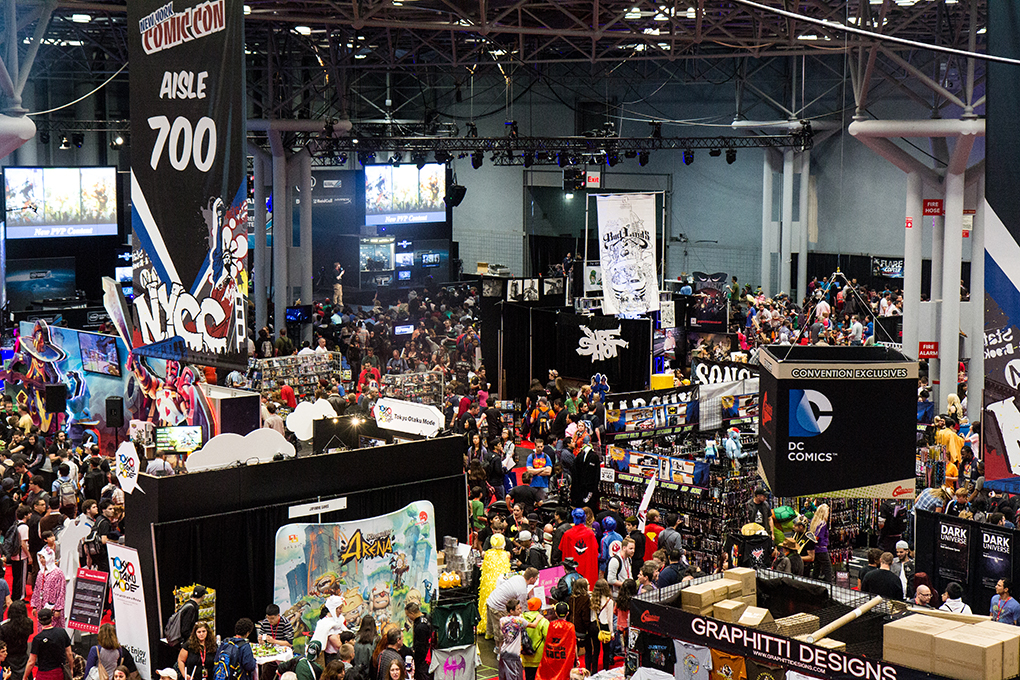 Welcome to the show floor.

If you’re like me, you might like occasionally glancing through some of the creative projects that pop up on Kickstarter. There’s always some stuff on there that both makes me smile and shake my head. The other day (after I changed my password), I was surfing around the site and discovered a new sort of project to fund: a fan convention. If you search “fan convention” on Kickstarter, about seventeen results come up. About half of those results have been funded, and those projects include multiple conventions for fans of zombies, the TV show Community, Harry Potter, and My Little Pony. These were cons put together through the crowdfunding might of the fans themselves. Widen your search to cover more than Kickstarter and you’ll definitely find more.  Atlanta’s 221B Con, a Sherlock Holmes themed con, is occurring for the second time this year. The very first ever DashCon will be held in Chicago for and by the multitudinous fans who use Tumblr as their way to connect. And if things work out for those involved, a Pacific Rim con called Shatterdome Atlanta will also take place once summer rolls around. 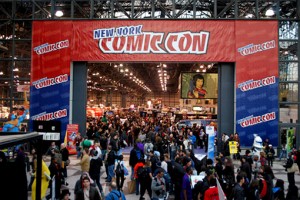 Fan conventions, whether they be for TV, comics, anime/manga, or video games, have always about the fans. In recent years, however, there has been more disgruntled chatter about the commercial aspects of many big cons like San Diego and New York. In what is probably not a coincidence, the number of people attending cons also seems to be higher than it used to. New York Comic Con apparently had its largest attendance in history in 2013.

As someone who attended NYCC, I can attest that it is a monster of a convention. The big conventions are amazing in that their size can provide the venue for famous artists or celebrities, but their variety can also be seen as a lack of focus. The crowds are overwhelming and the panels bursting to the point of overflow. There are towering booths of merchandise, but it seems like there’s no place to stand and take a water break. There are corporate sponsor logos plastered everywhere and people touting things that seems to have nothing to do with film, TV, or comics.

So what I like about the idea of the fan-funded con is its claim to specificity and fan-awareness. If we use 221B Con and Shatterdome as examples, the fan-funded con seems directed at celebrating the characters and world of just one story. The first of these cons is for fans of the many iterations of Holmes and Watson, while the second is for those who appreciate the fascinating world of kaiju, machines, and pilots that is represented in Del Toro’s film. In both cases, the events of the con (panels, artists alley, cosplay competition) can be neatly tailored to fit the fandom. The modest size of the con also lends itself to moments of fandom inside jokes, spontaneous games, or photo shoots. The full cast of Pacific Rim is definitely not going to show up to something like Shatterdome, but odds are everyone’s going to be having so much fun admiring fan art or Jaeger robot designs that it won’t matter.

DashCon’s logo for their inaugural event.

DashCon is a bit of a different beast, but an intriguing one. The rise of Tumblr as an internet platform to collect and share images, GIFs, quotes, and fan works of media probably deserves a discussion all its own. But the fact that this site, after having brought together tens of thousands of fans on the internet, has led to the creation of a convention that will bring thousands of fans together in real life, is nothing short of amazing. DashCon is different from 221B Con and Shatterdome in that it is multi-fandom, but its unifying theme is that all its attendees are likely to be wildly, creatively dedicated to a fandom of some sort. And hopefully they will be well-trained enough to keep their differences to themselves and all enjoy having a place dedicated to their favorite shows and characters.

I think it’s safe to say that something like the fan-funded con is just the most recent evolution in fan productivity. Thanks to artists alleys at cons (and copyright loopholes) artists have been able to sell art and items like keychains, buttons, and t-shirts for years. A bit more recently, sites like Etsy, RedBubble, Storenvy, and Society 6 have made it possible for artists to sell these items to a wider demographic. The next step was crowdfunding sites like Kickstarter, which allowed the creation of more costly fan books and fan films–and now the fan-created con.

What I love about this whole pattern is that it shows how much creative power fans have, and how much they do outside of just watch/read and discuss what they like. The corporations should take note of what series get this level of attention, and how much the fans can do on their own. It’s clear that people don’t have to buy into all the official events to be an avid fan of something. While the rise of the fan-funded con probably won’t cut into the number of attendees for more established conventions, this year I may be checking out some of these smaller cons for a different experience.