It’s well and truly summer in most of the Northern Hemisphere. Some of us may be looking back fondly on the chillier days of which we were formerly complaining. Sometimes the weather just seems like a horrible force out to roast us, or freeze us, or blow us away. The logical part of us says that’s ridiculous, but another part of us might wonder, but what if it was? What if it could be used as a weapon? A tsunami directed at a coastal town. An earthquake triggered near a military installation. A storm that cuts off electricity to a major capital city.

These are the sorts of ideas that Scott Mariani addresses in his latest book, The Nemesis Program. This adventure thriller with a sci-fi twist is the ninth book in a series that features ex-SAS soldier Ben Hope. Fans of the series call it both a return to form for the author, and another satisfying installment in the chronicles of world-weary but heroic Ben. In this particular installment, the character is readying for his wedding and seems nearly content with life when a former love, Dr. Roberta Ryder, turns up literally on his doorstep. A friend of hers, who had been looking into Nikola Tesla’s research, has been murdered and Roberta is suitably spooked. Ben is torn at first, but it becomes clear that lives are at stake and he dashes off with Roberta to investigate, to the extreme displeasure of his fiancé. Despite the fact that the book is part of a series, many claim it can be read alone because the writer has taken  it in a new direction by centering the plot on cutting edge-science. 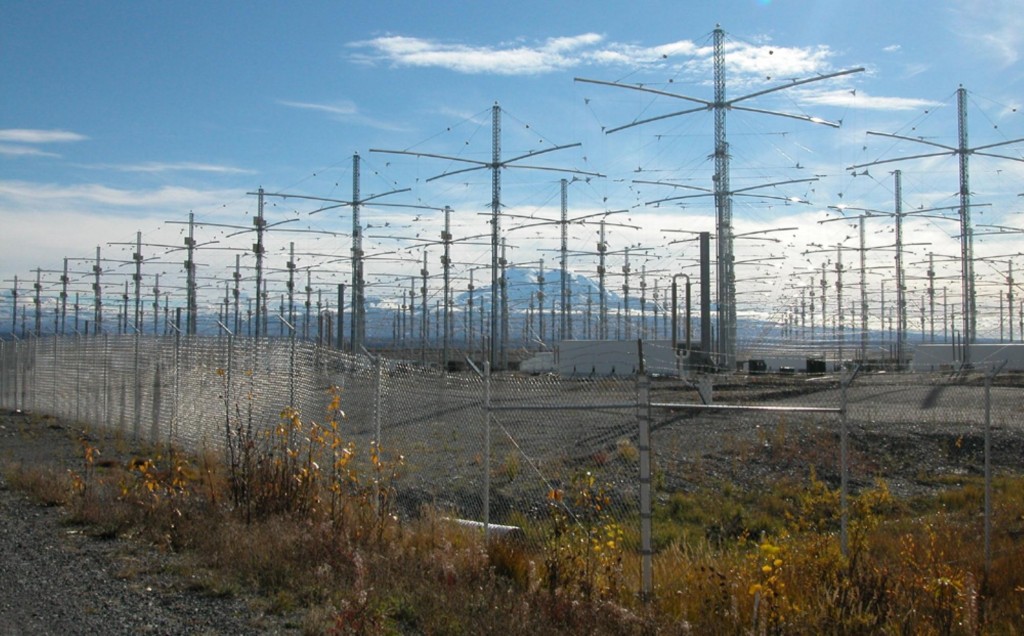 Some of HAARP’s powerful antennae.

The weather-based conspiracy that seems to be brewing in this thriller is interestingly relevant, if still very much science fiction. Recently, the funding for a real life program called the High-Frequency Active Auroral Research Program (HAARP) in Alaska was cut by the United States government. International scientists, who still see value in the research that the facilities massive antennas and transmitter enable, want to raise money to keep it running. HAARP, which was started in the early 90s, deals with strong radio signals and electric charges that can be sent into the ionosphere. Some people link it to the ideas of Nikola Tesla, who had visions of a future in which electricity could be conducted through the air via the particles in it.

Tesla, an eccentric and imaginative man in his own right, is quite the figure in conspiracy circles and the sci-fi genre, and HAARP itself has been elevated practically to the level of Area 51 by a few. HAARP has been blamed for events ranging from the mysterious disappearance and crash of Malaysian Airlines flight MH370, the Tohoku Earthquake of 2011, and the Polar Vortex that has been plaguing the American east coast until recently. The HAARP website itself is intriguingly hard to reach, but this article here apparently quotes it in answer to people’s questions about whether the facility can control the weather, or if it’s burning holes in the ionosphere. The whole thing is just vague enough though to make one muse a bit, and one can easily see how it would be a great idea to base a thriller on. Whether you love the summer heat or hate it, if you need some beach reading, this weather-based thriller might be a good one to check out.