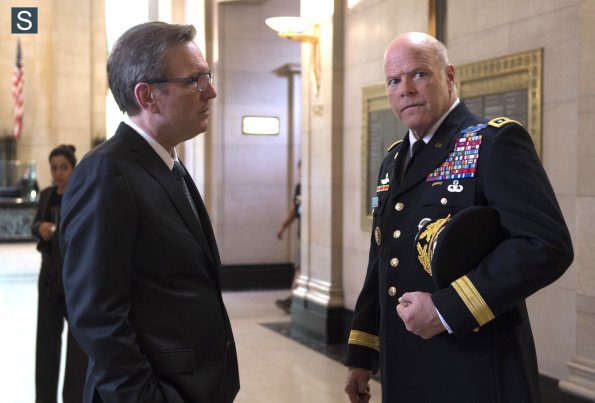 The Lottery Competition begins this episode and this freaky futuristic world is taking parenting preparation to a whole new level. From day one, I’ve been saying wake up, kids, and smell the fish—this is a freaking prison, like “Harrison Bergeron”, like Brave New World, like…[insert futuristic dystopia here].

The potential mothers are put through extraneous tests that will evaluate their physical, psychiatric and emotional strength. I mean, these girls are being woken up every two hours throughout the night to make some freaking shapes on an iPad. Like, what the hell are you people doing? They’re banana crazy, and it seems like the only person able to see through all the nonsense is Perry Sommers, the blonde bombshell of a bartender, who’s not all that interested in even having a baby. It’s okay because that might make her into America’s favorite contestant. There’s an allure about this sassy, say-it-like-you-meant-it Texan. She’s surely garnered the interest of the First Lady, Gabrielle. At first, I thought Gabrielle didn’t like her, but now I’m not so positive.

She gave Perry some special treatment, allowing her outside air on the rooftop of the Lottery Dormitories, use of a guitar, and calling privileges from an untraceable cell phone.

Hm, personally, I like her roommate, Angela, more. There’s something about a nice, naive, wholesome girl that makes me root for her. Also, while Perry’s winning, I know Angela will be riding on the victory coattails, achieving success by default. 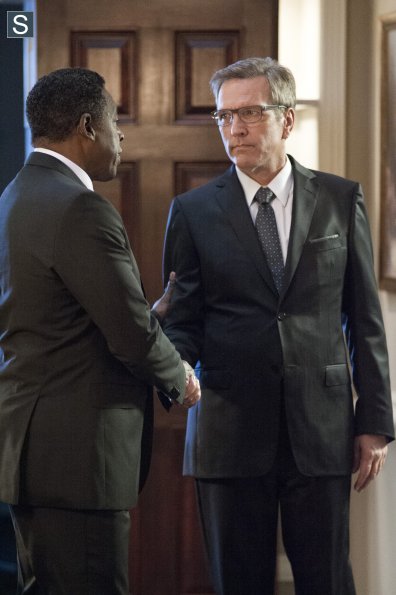 Vanessa is slowly but surely putting pieces together in the murder of the Chinese delegates. The C. I. A. has shut down the investigation because of Darius, of course. Vanessa realizes that she may need some help to get to the truth of Nathan’s death. She finally gets to meet the man who would’ve been her father-in-law, Nathan’s father. Like Vanessa, he’s struggling to believe the story being spoon-fed to him by the government. Of course, no sobbing, heartfelt union over a loss here, but Vanessa does manage to convince Mr. Mitchell to organize a meeting between himself, Darius and President Westwood. Things don’t go as she plans (do they ever?).

While in the meeting Nathan’s father announces his distress and belief that the government is covering up something, that fire is doused by manure when Darius spins yet another tale. He tells Mr. Mitchell that his son went out fighting for the lives of his fellow delegates and died a hero. Turns out, that was all it took to quiet Mr. Mitchell’s White House Shakedown. With one problem solved, Darius focuses his attention to other matters—killing the president. This one came out of left field for me. I mean, why does he want to murder the face of America all of a sudden? It’s kind of like Lifetime didn’t think he was bad enough, so they made him want to take down the Big Kahuna.

Kyle is a hot mess. He’s starting drinking again. Of course he’s started drinking again. I doubt anyone would be sunshine and rainbows after having their only child yanked from their arms. He needs to snap out of this funk soon and really start fighting for Elvis before they start shooting him up with hormones like a cow. I mean, DUH it was a rigged paternity case, DUH they just wanted to take Elvis away.

I’m still raising my eyebrows, but it seems like these May Twos are going to put some fire under Kyle’s butt. FI— NA— LLY. We get a resistance. The May Twos are an organization that protested when Congress expanded the powers of the Department of Humanity. I just hope these people have some sense! There’s nothing worst than extremists to make the stew nasty. 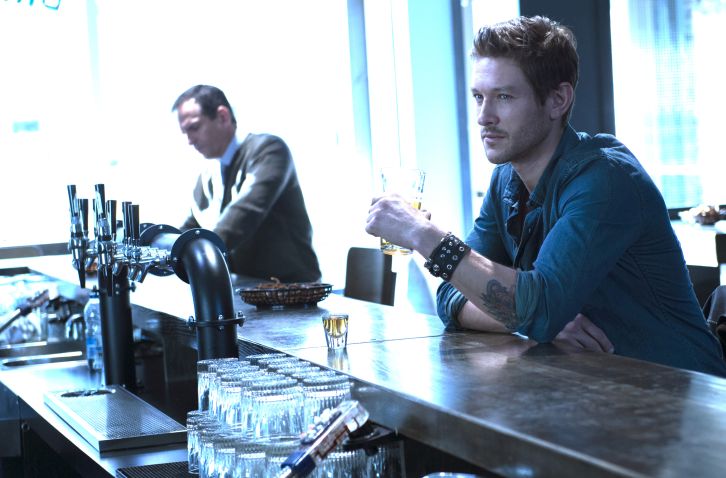 Anyway, these guys are bent on letting people know that the D.O.H. is unlawfully taking away people’s kids and basically they want you to acknowledge the burning building that is America 2025 and maybe toss some water in that direction.

On Alison’s end—oh, by the way, they kissed. Kyle kissed Alison. I don’t know what that was about, but it happened. Gah, I hope they’re not getting together. I still don’t know how I feel about Alison. She did stick up for Kyle when James was accusing him of spying for Darius. I guess we’d all be a little paranoid too if we had our faces bashed in by thugs.

But I digress. Alison and James spend the episode sleuthing around but, in my opinion, don’t find that much out. I’m starting to think The Lottery is getting a little snailish to make us anticipate. They discover that Dr. Kessler and the monkey man scientist were being funded by a company called Heliogenics. Heliogenics provided the private jet that the two scientists were killed in over Afghanistan. Afghanistan was the first place that reported infertility, so that led Alison and James to believe that the scientists created the virus and were carrying it with them on the plane. They realize that the government has been covering up all of this information and that they might’ve been responsible for the whole Fertility Crisis.

Speaking of theory, I have one: no one’s dead, not Nathan, not any of the delegates who were kidnapped in China. Okay, well, a couple, but not Nathan. Dr. Kessler and the monkey man scientist (I really just like calling him that) are still alive, but in hiding somewhere. I’m sorry, but after Orphan Black, if I don’t see a body—and even then it has to be confirmed that the person had no twins or clones—I will not believe they’re dead. I refuse.

But isn’t this all frustrating? When are the good guys going to start winning, Lifetime? When can we take one home for the team?!