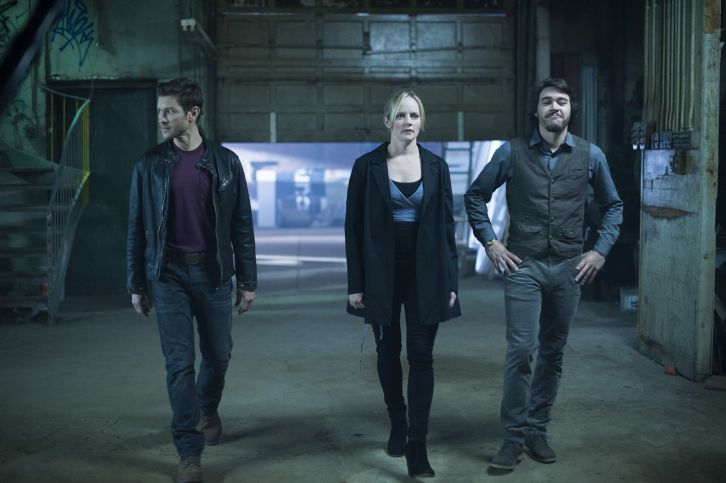 If we listen to Vanessa.

But who has time for that? 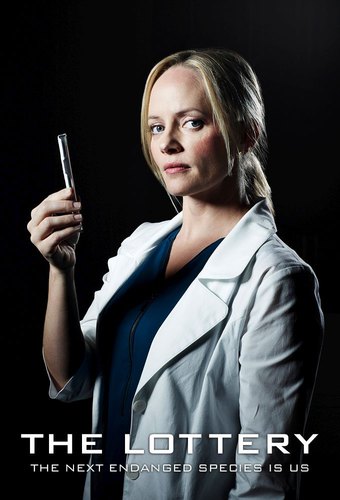 He’s basically scared the crap out of her, so she’s been forced into inaction.

Vanessa is even trying to pull Alison’s investigation. Yeah, Darius is scary, but the dream team hurries up with the proof. Then we can bring him down! Alison decides to fight back on her own. She gets Kyle to set up a meeting with the MayTwos.

These anarchists have some very radical ideas up their sleeves. Now, it helps that they have an influential sponsor to back the MayTwo struggle. His name is Tyler Waters and he’s the scientific genius behind the development of software for virtual babies. Why is science’s socially acceptable golden boy linked up with these extremists? Hmph.

He tells Kyle and Alison of his master plan to take the children produced from those embryos, along with as many young ones as he can gather, and basically recreate civilization, start over. This idea is to weed out violence, dissension and also commoners, a.k.a. poor people, a.k.a. everyone but the 1%. Wow, isn’t that elitist? How is that any different from what Darius is planning? Because there won’t be guns? The MayTwos will need some kind of weaponry, because people won’t take too kindly to either scenario.

Clearly, Kyle and Alison can smell the sketchiness and suspicions all over these MayTwo characters, but what choice do they have? V maintains that Alison backs off, and you guys know Al won’t let go of this so easily. Plus, Kyle needs to get Elvis back. They’ve been backed into a corner. I say they grab Elvis and the embryos and make a run for it!

I’m guessing Alison agrees to join the MayTwos (or at least she must have told the MayTwos that she does) because they’re moving forward with an Elvis and embryo snatch-and-grab.

Alison talks to Vanessa about checking the viability of the embryos. In order to do that, Alison needs approval from the president himself. Vanessa goes to talk to him. It’s a pretty solid reason to go see the embryos because they’re announcing the Lottery winners soon. The girls do a final interview and I’m guessing we’ll have the results next week.

What’s interesting is that when Vanessa is in his office, she notices a green Gran Torino. He used to own one but gave it away to charity. Vanessa is so obvious. She almost completely gave it away that she was suspicious of the Pres. Goodness. I like her, but she’s making it hard for me to keep liking her. 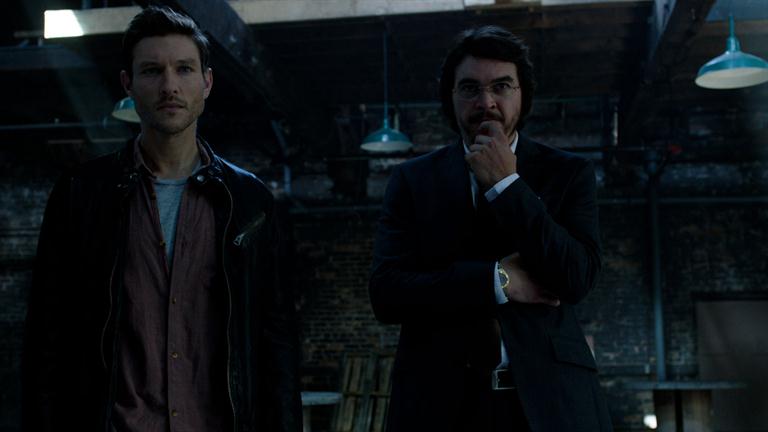 Anyway, does that mean the president caused the fertility crisis? To get into office? Woah. Woah. Were he and Darius in cahoots? This is such a crazy conspiracy!! What are we going to do?!

I have never liked the First Lady, Gabrielle. She has never gotten a gold star from me. I knew she was a bag of deceit and manipulation from the moment I saw her. She plays too many games. Everyone knows that it’s her fault the virgin chick killed herself. Now, Gabrielle is trying to pin the suicide on Sam, the surveillance guy. I mean, I understand why she had to do it. Perry was a cracking glass—any minute she would’ve shattered under questioning. It doesn’t change the fact that Gabrielle is a manipulative woman.

Good thing her husband knows her well. The president never once believed that Sam would give one of the girls pills, so he presses the investigator for information. How do you turn down a direct question from the President of the United States of America? Isn’t that treason or something? The president confronts her and SHUTS. IT. DOWN. He revokes her access to the Lottery contestants and forbids her to contact Perry again. We’ll see if that holds up.

On Team Bad Guy, with his plans relatively in line, Darius is all worried for his daughter, Rose. Isn’t he always, though? At the heart of his mastermind scheming to take over the world, there’s always a burning concern for his unstable daughter. It’s a good thing too, because General Langdon is planning to kill her. Darius placed her in hiding at a heavily guarded facility, thinking it best to seclude her in order to stop her from telling Vanessa anything and being attacked by Langdon for the information she knows. Darius stabs Langdon and kills him. You don’t mess with Big D or his kinfolk and get away with it. DUH.

It’s too bad Rose doesn’t like being chained to a room and being held captive. Darius is so intense outside of his Dad role that he doesn’t realize that doing crap like that is super creepy and illegal. I mean, kudos to Rose for even staying for a conversation and first aid because I would’ve ran from the building.