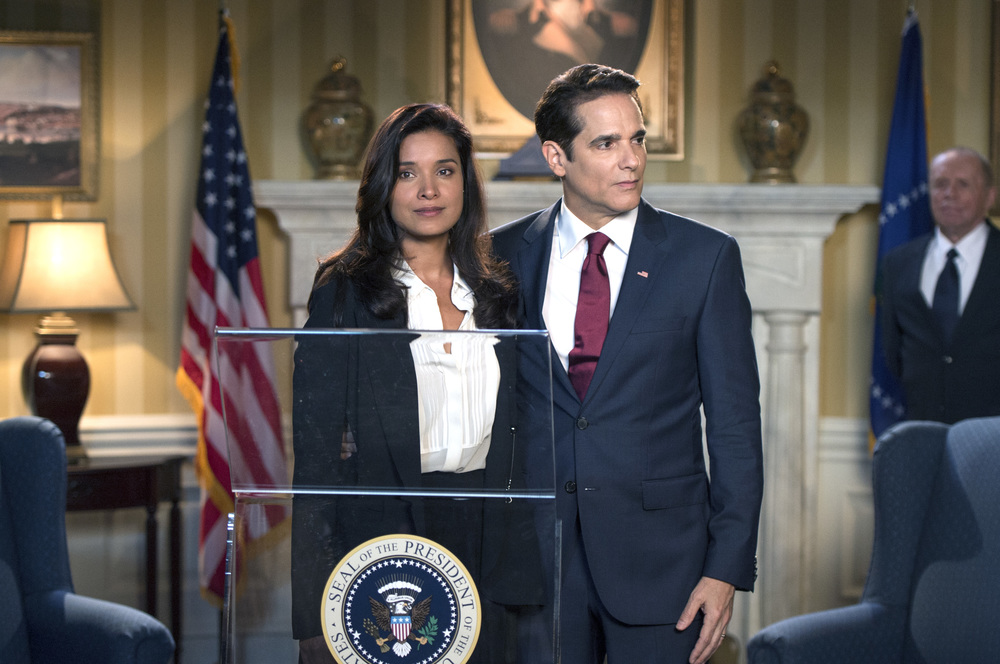 The world of The Lottery is growing more and more intense as this episode opens with the announcement of the two hundred Lottery finalists. Bring on the super creepy commercials, robotic public announcements and scripted press conferences held by President Westwood (Yul Vazquez) and First Lady Gabrielle (Shelley Conn).

Out of the two hundred, we get up close and personal with two women, Perry Sommers (Karissa Staples) and Angela Perez (Christiana Leucas), who end up being roommates in the “potential mothers” housing. Both girls entered the Lottery for different reasons. Angela (still a virgin) worked at her family’s food truck. We can see the remnants of a traditional Christian upbringing, and she yearns to have a baby that she can share with her boyfriend. Perry, however, is another story. She’s a barmaid with dreams of the glitz and glam that being a Lottery contestant (and perhaps the winner) will bring.

Very quickly, Perry realizes that the Lottery isn’t everything it’s cracked up to be on TV. From cameras in their rooms to a celebration under false pretenses and being herded off like sheep, it seems these women have already begun to glide down the slippery slope of government sovereignty. The most interesting part is that it seems Vanessa is condoning this treatment. We’re still at the beginning stages, but I figured that since she somehow managed to wriggle The Lottery from Darius’ hands that she would have a looser approach. They could’ve let those women have a party! 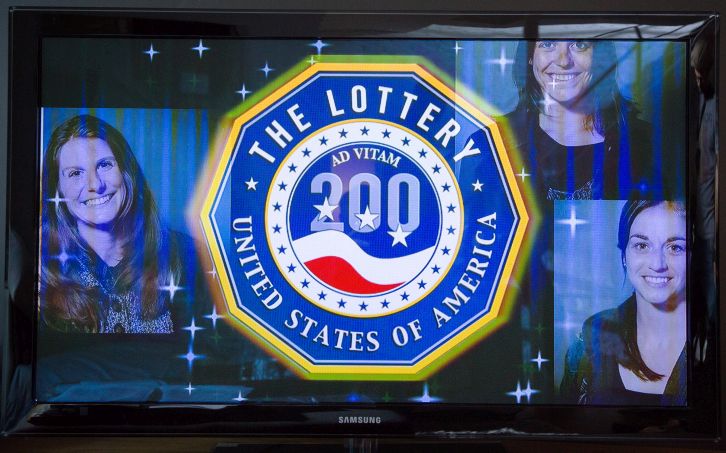 I guess Vanessa is spread too thinly. It took her a minute, but she’s finally on board to question Connor’s involvement with the Chinese antagonizers. After a meeting with Connor’s husband, Charlie, Vanessa is prompted to dig past the evidence of financial transactions and find out if Connor was truly responsible for the deaths of the delegates. She discovers that the day before the incident, Connor went to an apartment building in Crystal City. Through a bit more prying, she discovers that Darius owns the building and the young woman that stays there is his daughter, Rose. Hopefully, this means we’re getting closer to her discovering the truth about Darius and his sinister motives.

Darius has hands in all the bad stuff going on in Lottery Land. He hires some goons to beat up James for snooping around with Alison (we think). It’s meant to deter them from sleuthing any further, but the info is too good to be true. They discover that the late Dr. Relsek was testing the fertility in spider monkeys. These monkeys may have been the link that caused the infertility in humans. I mean, really Lifetime? Really? Spider monkeys? I guess I shouldn’t be surprised. These are the same people that gave someone the Bubonic Plague last episode. At this point, anything could happen, and Alison doesn’t seem ready to let this mystery go unsolved—bloody James or not. 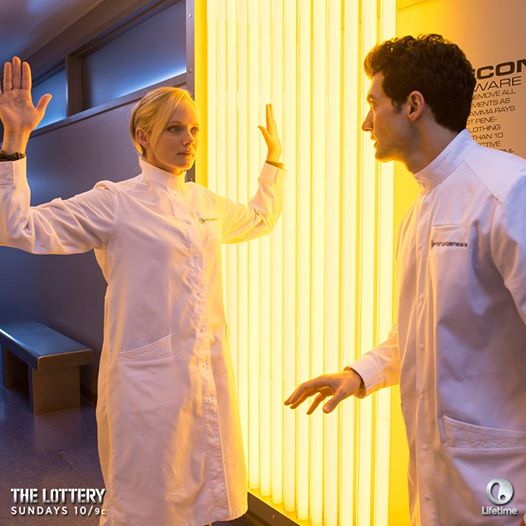 There was one other tragedy that I was expecting, but it still stung when I watched. Kyle loses Elvis to the D.O.H. I told you guys last review! The whole shabang was planned. Kyle lost the minute he was captured. Even though he and baby mama Trish pleaded their case to a wavering judge, Darius had her under his thumb from the very beginning. It doesn’t matter what’s actually in the best interest for Elvis or how great of a parent Kyle actually is; they were going to railroad him from the start. It breaks my heart!

It’s terrible that Kyle won’t get Elvis back, but what’s worse is that nonsense from last episode. They’re planning to prematurely induce puberty. What in the world could that do to a six year old? You can’t tell me that’s the best option for solving infertility! I’m betting it won’t get that far though, even if Kyle has to break Elvis out again.

So far, I have no idea what they’re going to do with Kyle’s storyline. The Lottery seems to be starting to focus on the bigger picture of the actual Lottery. Next episode’s trailer gave us a glimpse of the madness potential mothers will have to go through. Which brings me back to my point: what the hell is Vanessa doing? Who’s okaying these tests if not Darius? Gabrielle, the first lady? These people are crazy.

Anyways, I’ll be watching. Au revoir until next week!