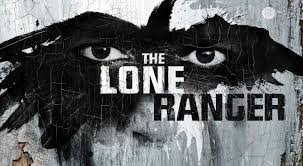 The western has been sanded, dusted, and re-imagined several times over. It’s a necessity that has led to its perpetuation across generations of filmmaking. That being said, it’s a hard genre to do well. Especially hard when one considers the politically incorrect lineage the modern western is spawned from and the explicit efforts of filmmakers to right certain wrongs considering the American narrative and representations of certain groups on film. This is where this summer’s needlessly mega-budgeted would-be blockbuster The Lone Ranger comes in, a movie so confused over what audience it’s targeting that it feels like a mixed grab-bag tossed onto the dinner table for consumption by the whole family. Try as it might, not everything here will gel with the taste buds of all who consume it.

The film begins as a young boy wanders into a fair exposition of the Old West. He stumbles upon an elderly Native American named Tonto (Johnny Depp in old age make-up) who begins to recount the story of The Lone Ranger (Armie Hammer). This is the context through which the movie proper is told, and because an old, zany character like Tonto is telling it, certain elements seem either out of sequence or no explanation is given at all for how things happen. Sometimes it works, other times it feels like just a way to cover-up sloppy storytelling.

Anyway, the main story follows John Reid becoming the masked outlaw known as the Lone Ranger and teaming up with a younger Tonto to put a stop to a dastardly conspiracy being perpetrated that involves the railroad and save his sister-in-law Rebecca (Ruth Wilson) in the process. 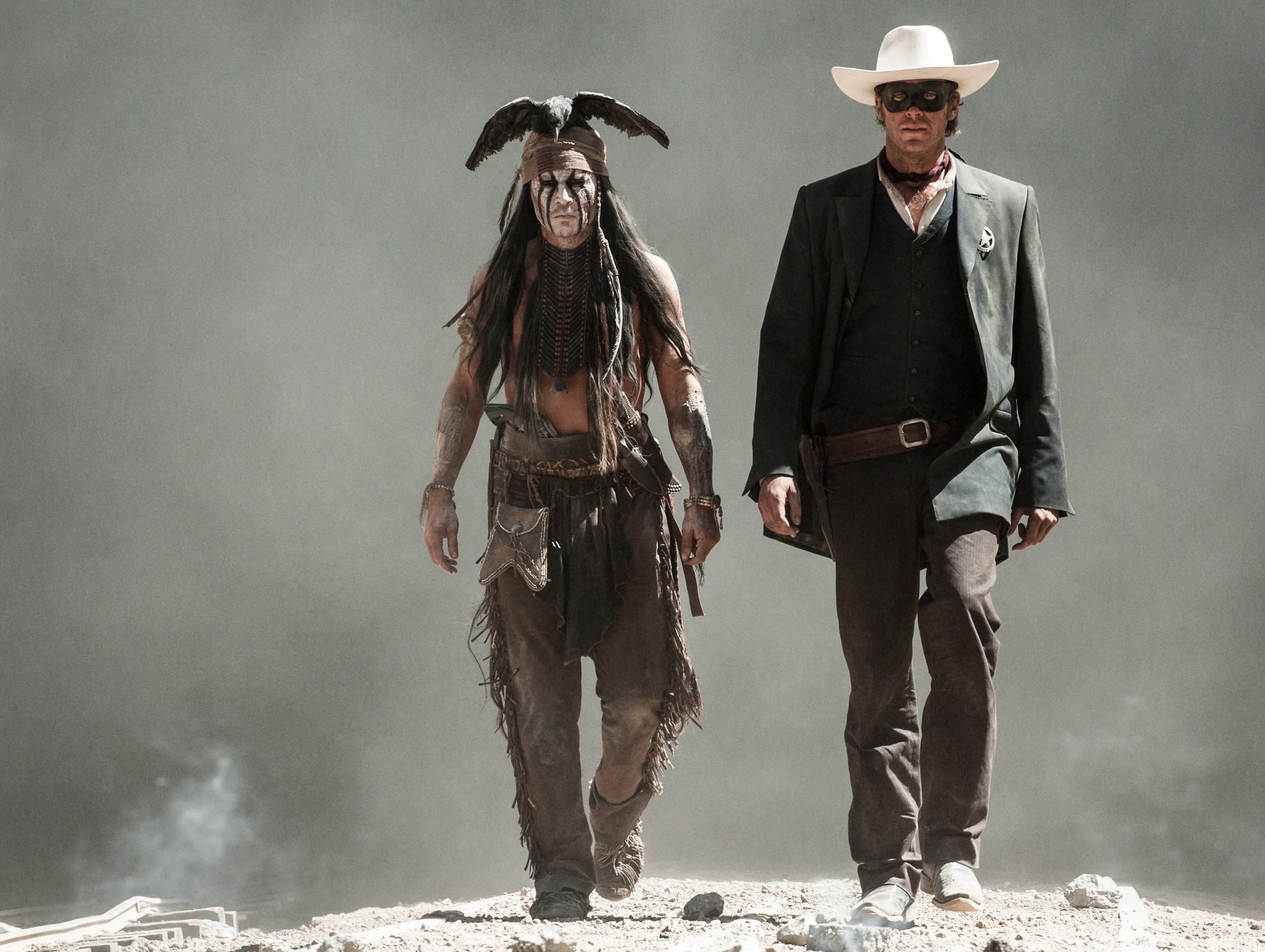 The movie has its fair share of peaks and valleys, but for the most part it feels unevenly paced. In certain stretches of the movie, it is hard to even qualify what we are seeing as a western. It feels more like the modern blockbuster spectacle done in a western setting. This becomes especially plain in the film’s first half-hour, where an action sequence set on a train spirals out of control in terms of screen time and seems to go on forever. That can be said of the movie in general; it goes on for too long. At least thirty minutes could have been trimmed from this movie and nothing of value would have been lost.

Following the train sequence, the movie begins to feel confused as to what it is trying to do and whom it thinks it is appealing to. It’s got the spectacle for the kiddies, the recognizable characters for those old enough to remember them in their heyday of popularity (although whether they will recognize Johnny Depp as the Tonto of old remains is suspect to say the least) it’s got the recognizable western tropes of uncomplicated greed and a quasi-supernatural bent thrown in. None of these really stick the landing and as a result the movie feels like it’s trying to do too many things and not one of them very well.

The Lone Ranger is nowhere near as bad as some would have you believe, but its excessive nature makes it hard to fully appreciate the ride.