Great monster films are a rarity. On the surface they sound simple to make, throw in a monster to cause destruction and panic and then have a cast of likeable human characters to fight or flee from the beast. Bam! Movie over. That’s what Cloverfield and the 1998 Godzilla reboot did. Then why does nobody care about those films a few years later? What’s the secret? A great monster movie has a message. Only one monster film in the past decade has combined a great creature, real human emotion, and a relevant social/political message – The Host. 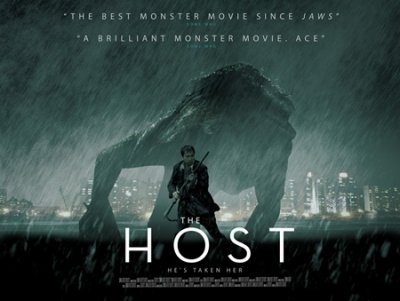 The Host (no relation to Stephanie Myer’s novel or upcoming film) is Korean monster film that strikes all the right notes to make quite possibly the best monster film since the original Gojira. When a US scientist stationed in Korea commands his reluctant Korean assistant to dump hundreds of bottles of formaldehyde down the drain and into the Han River, there seems to be little problem. Over the next few years there are reports of a strange creature living in the river. One day as protagonist Gang-du is working his snack stand with his father and daughter along the river, all hell breaks loose. An amphibious fish like creature the size of a large truck begins to cause panic and death as he eats nearby pedestrians. In the chaos Gang-du loses track of his daughter, only to realize that the monster snatched her up. The family presumes the girl to be dead, and as they mourn is suddenly swept into quarantine by the government. They claim that the monster is the host of a deadly new virus and that the quarantine is necessary. Gang-du then receives a call from his daughter. She says she is still alive but trapped in the sewer system, hiding from the beast. Gang-du and his family attempt to convince the government to help, but to no avail. They plan a daring escape, and aim to rescue Gang-du’s daughter from the monster. 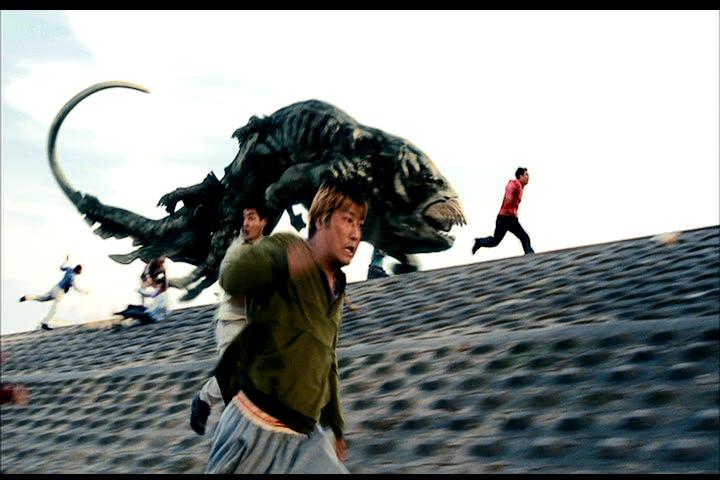 A large reason for the film working so well is the great creature. The film doesn’t delay or try to hide the beast. Almost from the beginning it’s there, running in broad daylight wreaking havoc. Large, but not gigantic, grotesque, but strangely realistic, the monster looks and acts like a real animal that could have been born out of the waste ridden Han River. The dysfunctional family provides real heart felt drama, humor,  sadness and joy as they come together to save one of their own. And just as in the granddaddy of all monster films, Gojira, The Host has its own message to get across, one of environmentalism mixed with political commentary regarding United States foreign policy and the inadequacy and bureaucracy of government. The film was a huge success both in Korea and abroad, even prompting Universal Pictures to plan an American remake, though little has been heard about the project. An original and powerful film in its own right, The Host is also the best monster movies in the past two decades, leaving a lasting impression where as other films like Cloverfield are quickly forgotten.