A short while back, we spoke about some of Syfy’s upcoming series. One that I mentioned, Ascension, premiered over the 15th, 16th, and 17th of December, with two episodes airing each night. In this series overview clip, tell me that it doesn’t sound exciting.

First, I’ll tell you what I liked. The plot sounded so promising, and it’s based off the real life Project Orion. The idea that people could have secretly been sent into space makes my mouth water it’s so juicy. The acting isn’t bad. It’s not great, but it isn’t Sharknado, you know? I like the idea of them being totally disconnected from Earth and permanently living in the 60s. I like the idea of a murder mystery in space, where you know everyone in the vicinity and everyone is a suspect.

What didn’t I like? That the writers totally dropped the ball. By the end of night one, I was no longer interested. In fact, I had to push myself to make it through the first hour. Things moved either at a snail’s pace or too fast to comprehend and it was far from seamless. I gave it my all, but I just wasn’t at all impressed with what Syfy put out. 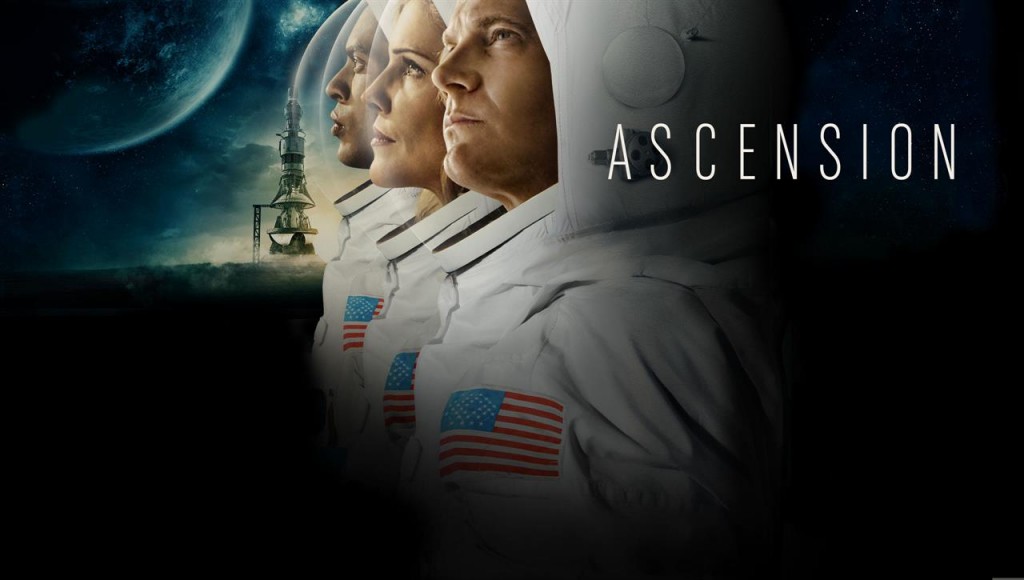 I think timing could have helped Ascension. Maybe airing it over the course of six nights, as Syfy originally planned, would have helped, or perhaps rather than a miniseries it should have been written as an actual series. It also felt too similar to films I’d seen this year, like Snowpiercer. Overall, it didn’t feel original or captivating in the way I had truly hoped. I wanted better things from the channel’s new programming.

Still coming up on Syfy is the series 12 Monkeys in January, Childhood’s End, The Expanse and Hunters sometime in 2015.