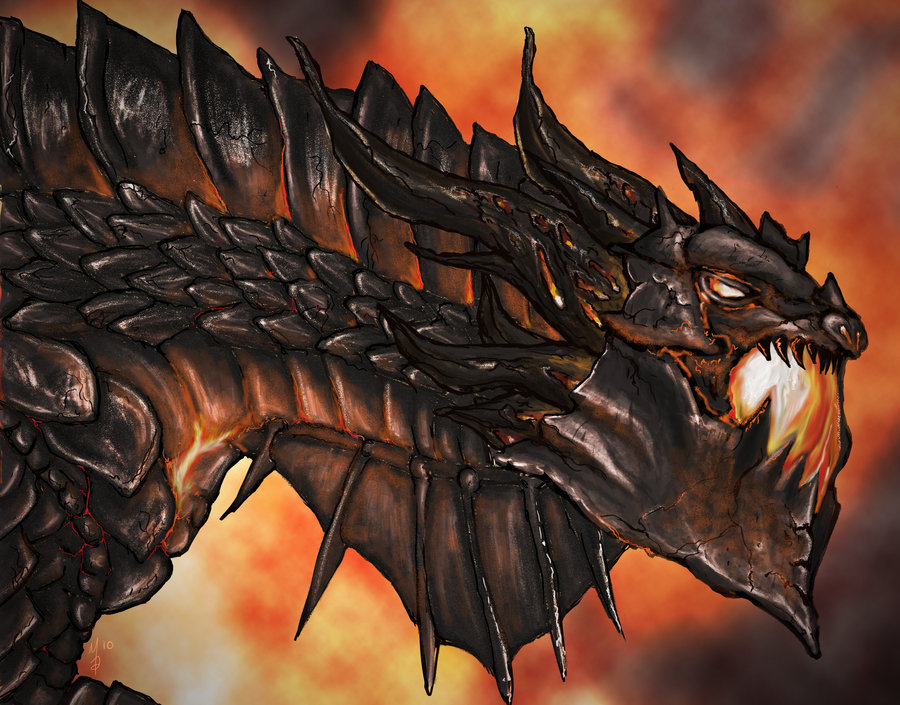 In the past few years, it’s safe to say that dragons have become cool again in mainstream culture. To be fair, most sci-fi and fantasy fans never had a problem with dragons to begin with, but the fascinating mythical beasts are enjoying perhaps an unprecedented wave of exposure. While Christopher Paolini’s Eragon book series (which is actually called “Inheritance”) flopped at cinemas, and the Harry Potter franchise only touches on dragon lore here and there, a few massive fantasy projects have gone a lot further. Specifically, Game of Thrones and the Hobbit trilogy have brought us some of the most thrilling and realistic-looking dragons ever seen in cinema.

While Smaug and Khaleesi’s dragons romp about in Middle-earth and the lands surrounding Westeros, respectively, dragons have also become more prominent in gaming in the last few years, probably as a result of the overall trend. So here’s our look at five of the best uses of dragons in the video game industry.

Any discussion on dragons in modern gaming has to start with Alduin, the fire-breathing deity that lords over Skyrim. Per the Elder Scrolls wikia, the character is also known as “World Eater” and “The Nordic God Of Destruction.” If those alternate names aren’t cool enough to solidify Alduin’s status as the chief of video game dragons, check out this video of a player facing off with the beast. It’s not so much advanced graphics or terrifying ability that make Alduin unique; it’s the way he’s portrayed, soaring about the skies, sometimes a shadow and sometimes swooping down in clear detail. One gets a true sense of his dominion over the skies.

The great thing about World of Warcraft when it comes to developing dragons (and other characters) is that the series now sprawls over so many versions, updates, and systems that entire histories now exist. So it is with Deathwing, who makes the list as essentially the most thoroughly developed dragon in gaming. Originally known as Neltharion—a sort of benevolent, wise being made to look over Azeroth—the creature was ultimately corrupted and turned into the mountainous terror now known as Deathwing.

Demon’s Souls was released a few years ago exclusively for Playstation 3 and received pretty positive reviews, despite frequent complaints that it’s almost too hard at times. This is just one of those games in which you have to get used to dying a lot. And often, it’s by the hand (or claw, or wing, or flame, etc.) of one of the game’s terrifying and gorgeously rendered dragons. It’s almost too difficult to select a single dragon from this game, but the game’s selection in general may be the only one out there with creatures rivaling Alduin in terms of realistic portrayals and action-packed sequences. That said, GamesRadar tabbed the “Red Dragon” as one of its own top-seven dragons in gaming history, and it’s tough to argue with the pick.

This is a different twist on dragons and gaming, but it’s an admirable one in its own way. Dragon Slot seems to be taking advantage of the increased popularity of massive, winged, fire-breathing lizards by staging interactions between them as a sort of sideshow to what’s otherwise an ordinary arcade slot machine. Online gaming hub InterCasino offers a demo of the game which quickly makes it apparent why dragons can actually significantly spice up the casino environment. Watching dragons of different colours and designs beat one another down in between slot machine spins has a certain charm. Thus, even if these aren’t the most high-tech dragon characters ever designed in gaming, it’s one of the most intriguing uses of the creatures in gaming. That’s for sure.

Obviously all of the dragons on this list are animated creations, but there are some in video game lore that are more cartoonish than others—and often, they’re the most endearing and enjoyable. The first that comes to mind is Spyro, the feisty, tiny, purple dragon who has appeared in multiple gaming series dating back to 1998’s Spyro the Dragon. He was even featured on Kotaku‘s “most badass” dragons of gaming despite being small and purple. But there are other examples too. Mario games have often featured the likes of Yoshi and Bowser, and while both are more ambiguous dinosaur-types than full-fledged dragons, they fall into the same category. And then there’s Charizard, the fully evolved Charmander who remains one of the most iconic creatures of the Pokémon saga. As with the slot machine dragons, these selections are less frightening and not as beautifully rendered as some, but their enduring popularity and iconic status earns them spots on the list!

Thank you for reading. We hope you enjoyed it!